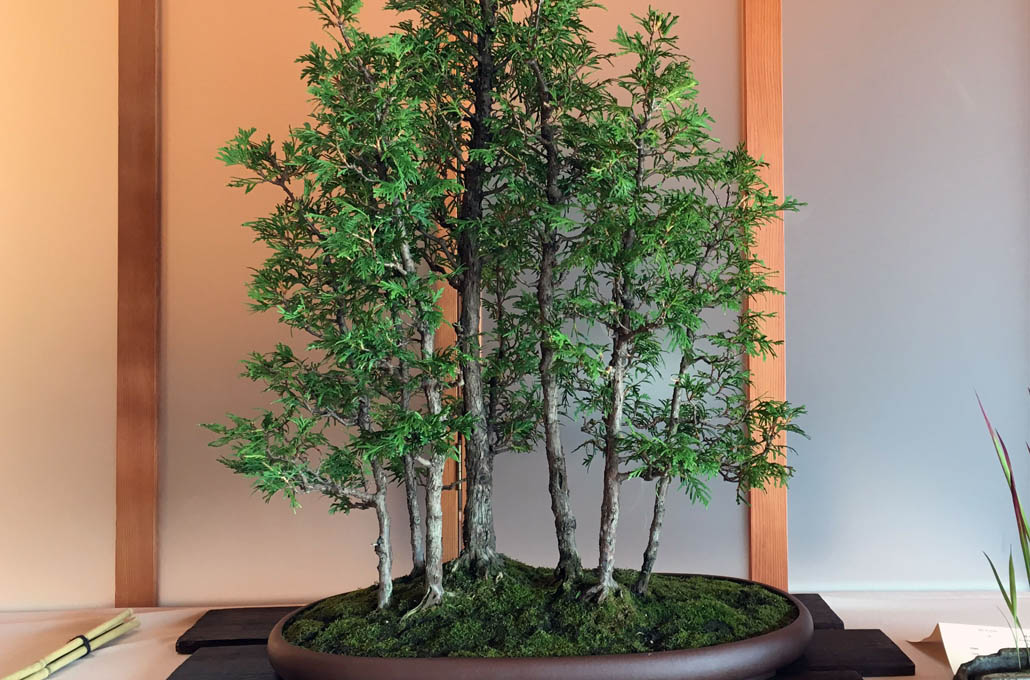 They grow with straight trunks and columnal or conical shapes, up to 15 m tall. The tallest known specimen measures 53 m and is located in the Olympic Mountains in US-State Washington. The bark is reddish brown and has a stringy texture. The leaves are scale-like and 1–10 mm long, except young seedlings in their first year, which have needle-like juvenile foliage. The scale leaves are arranged in alternating pairs and form fan-shaped flat shoots, with side shoots only in a single plane. Male cones are small and inconspicuous, whereas mature female cones are 1 – 2 cm long. All parts of the thuja are poisonous and must not be consumed by humans and animals.

Thujas are not very often used for bonsai, but there are some fascinating examples. The most common thuja species is Thuja occidentalis, also known as Eastern Arborvita or Northern Whitecedar. The Western Redcedar (Thuja plicata), the Korean Thuja (T. koraiensis), the Japanese Thuja (T. standishii) and Sichuan Thuja (T. sutchuensis) can be used as well. There are also several hybrids and cultivars of these species. All thuja species are frost-hardy, but when planted in bonsai containers they need protection from strong frost.

If you need help identifying your tree, take a look at our Bonsai tree identification guide.