In Japanese: “Tsugiki” - By grafting you fuse a graft (a shoot, branch or root) to a tree (also called the stump or rootstock). This technique is often used to combine strengths of two different plants together in one new plant. 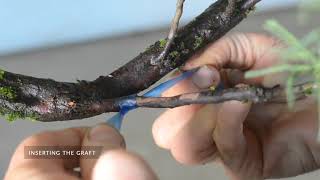 For Bonsai, grafting is used for a variety of purposes: to add a branch on a specific place to a Bonsai, to replace foliage with a more delicate plant-variety, to add roots to enhance the Nebari (root flare or surface roots) or to cultivate a new tree combining desired characteristics of both plants. Grafting can be tricky, so start experimenting on inexpensive material to gain experience first.

Most tree species should be grafted late winter, just before the buds start to swell - this applies to both thread- and scion grafting. Approach grafting should be performed in summer however.

How to graft a Bonsai tree

Grafting will only work when the graft and tree belong to the same species. Pines and Junipers are the exceptions, one often finds Rocky mountain junipers grafted with itoigawa juniper foliage for example.

Scion grafting involves removing a small shoot or branch from a donor plant and inserting it into the receiving plant. This technique can be applied to Junipers, Pines and both deciduous and broadleaf evergreen trees - often to add branches or to replace foliage. When done correctly, the grafts scars will be completely invisible over time.

When scion grafting, make sure that both the donor plant and the receiving plant are in good health, or as good as possible. Fertilize both plants well during the growing season prior to grafting, which will take place in late February or early March (i.e. late winter or early spring) in the northern hemisphere. Also, keep both the donor and receiving plant under slight cover during the winter months before grafting. The trees should be allowed to go dormant, but avoid harsh frosts during that period. 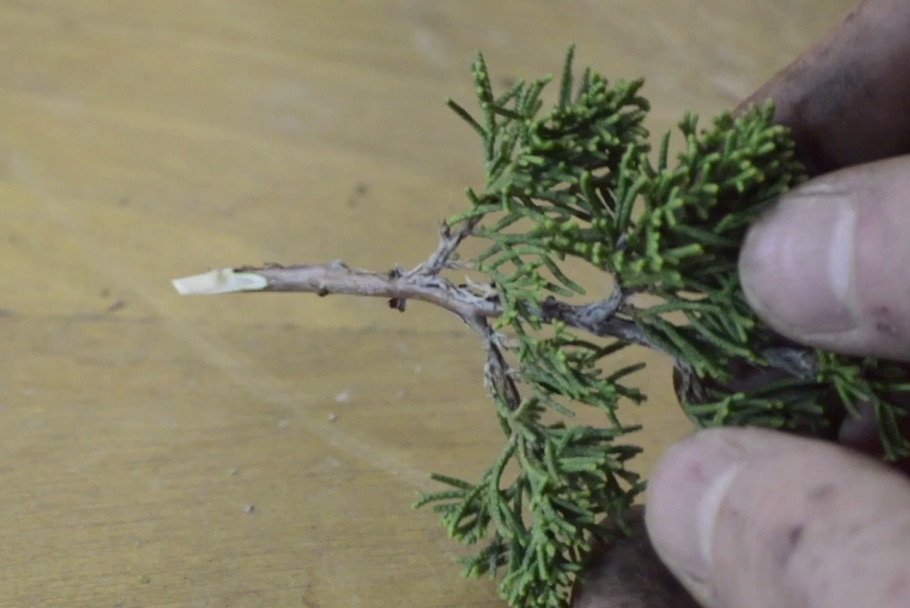 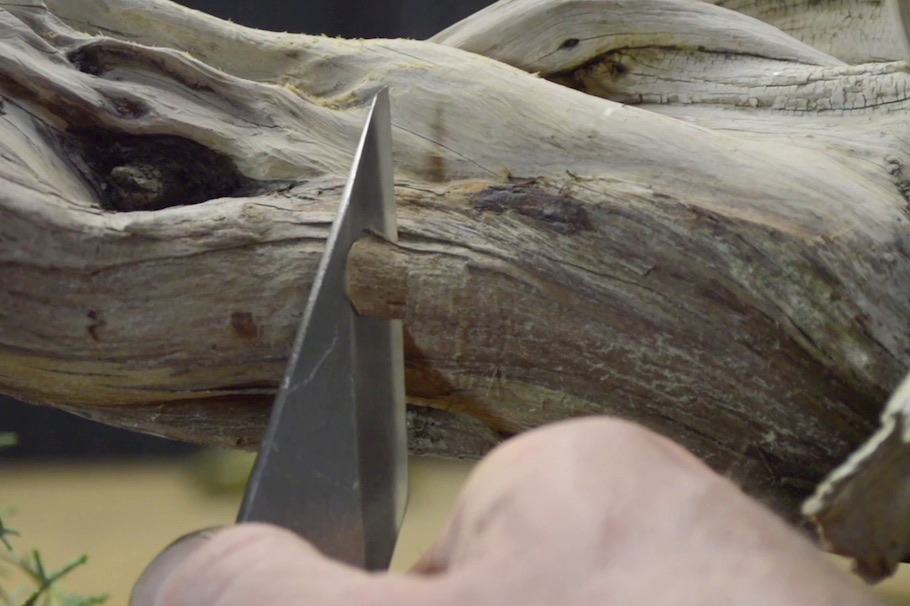 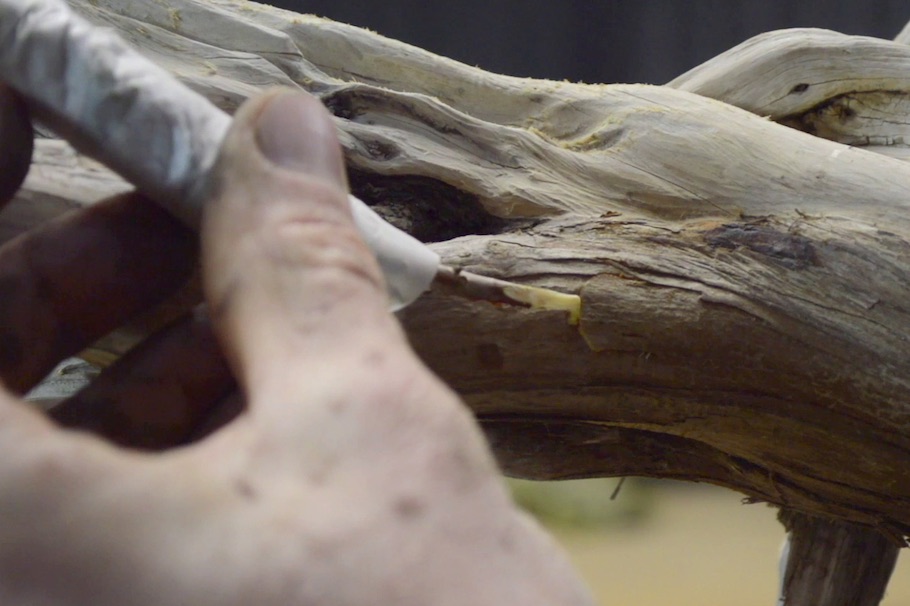 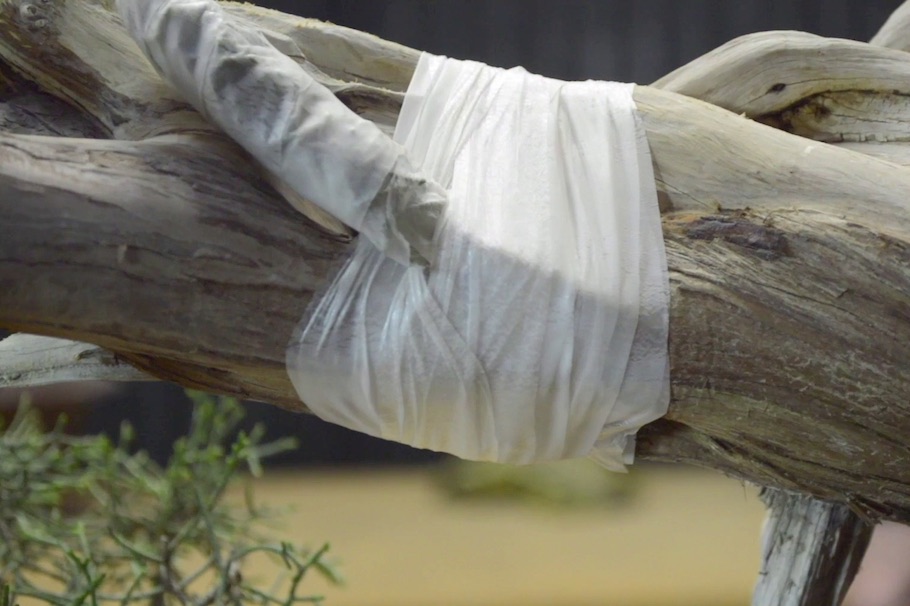 If done properly, this technique provides both a higher success rate and faster development time than the previously discussed scion grafting technique. Approach grafting Junipers should be done during the growing season when the growth of both the donor and receiving plants is most vigorous. In this example we will graft new foliage closer to the trunk, to eliminate the tree’s leggy appearance. 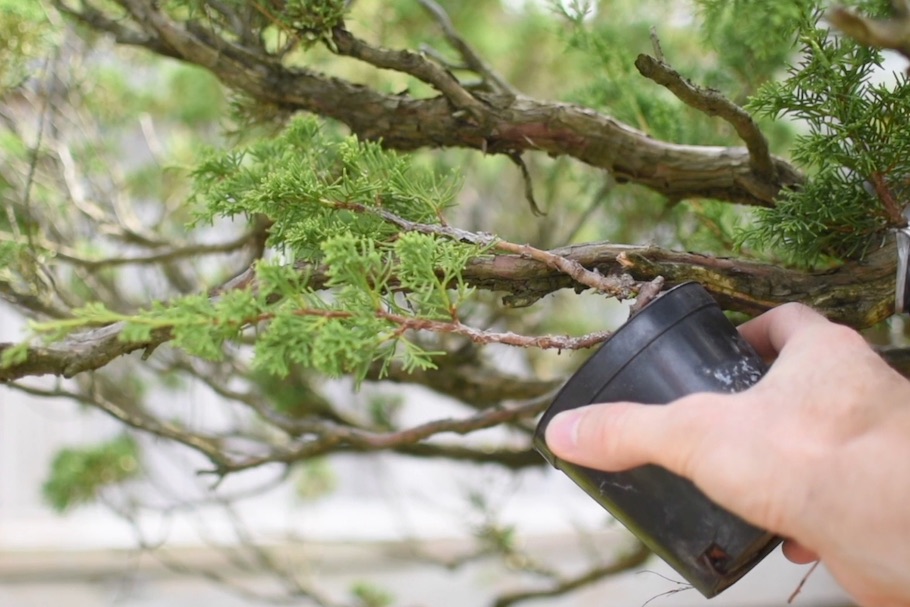 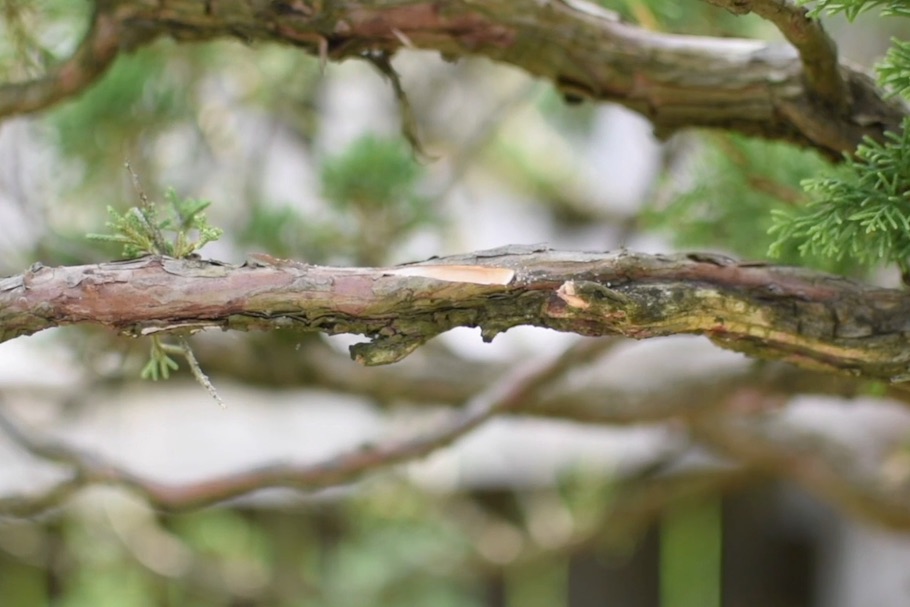 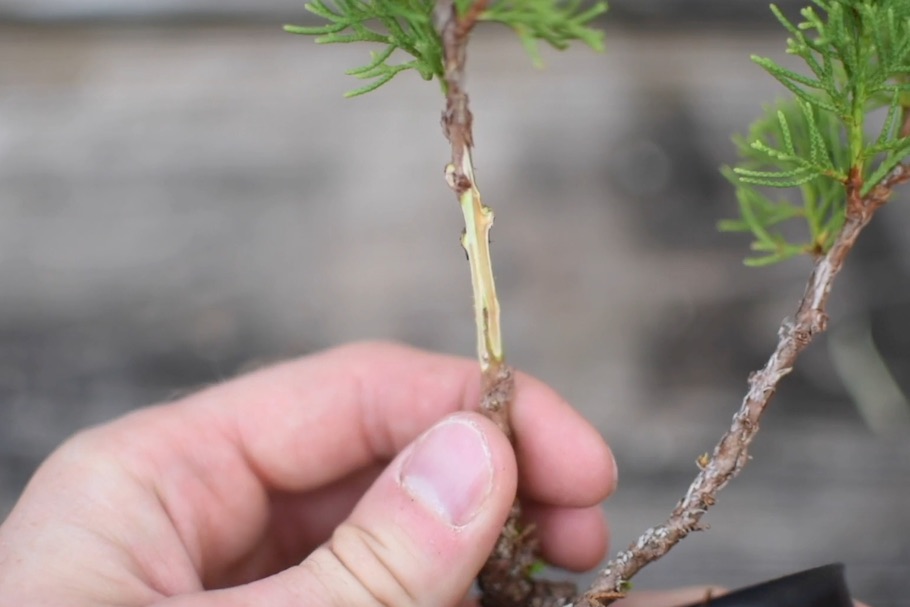 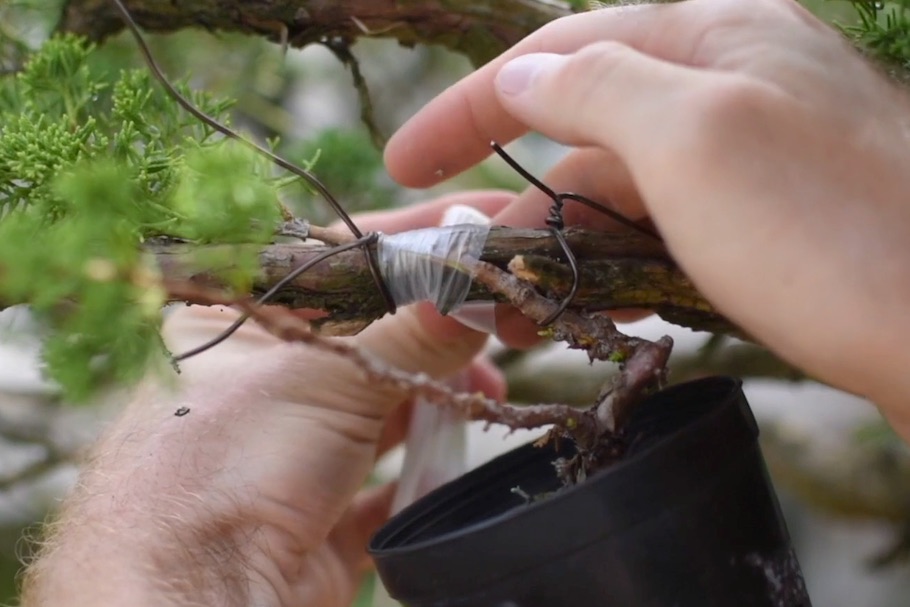 The best time to perform thread grafting on any deciduous or broadleaf evergreen species is when the tree is completely dormant, and the buds have not begun to swell. 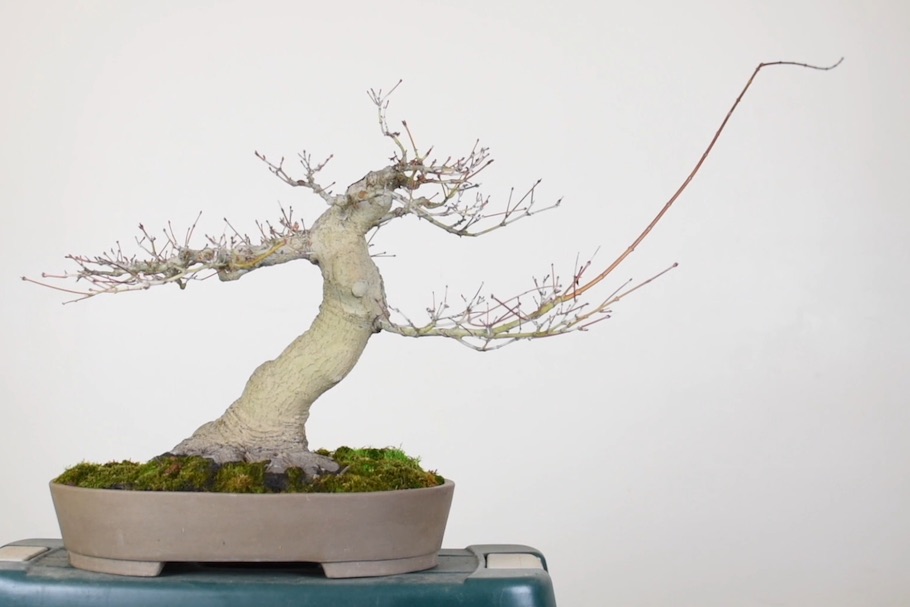 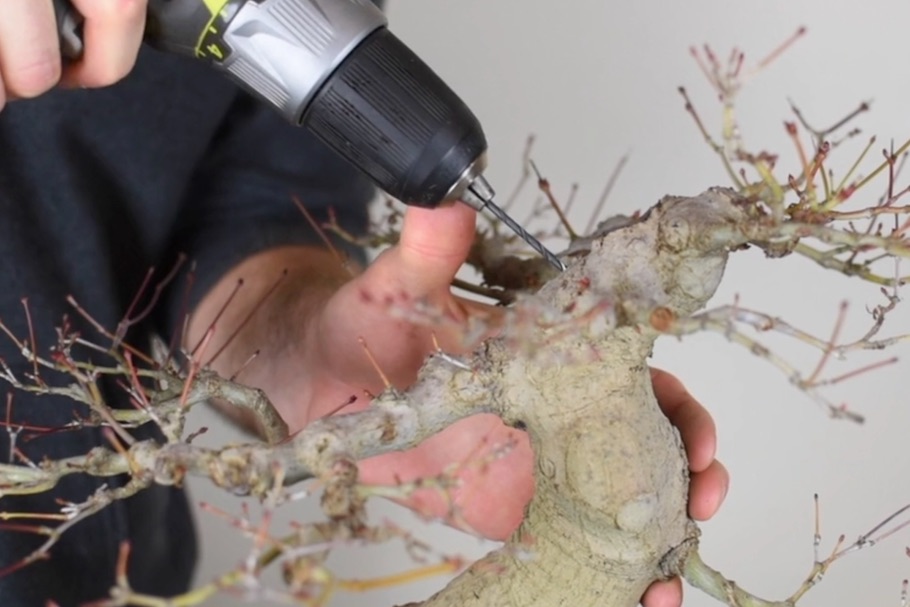 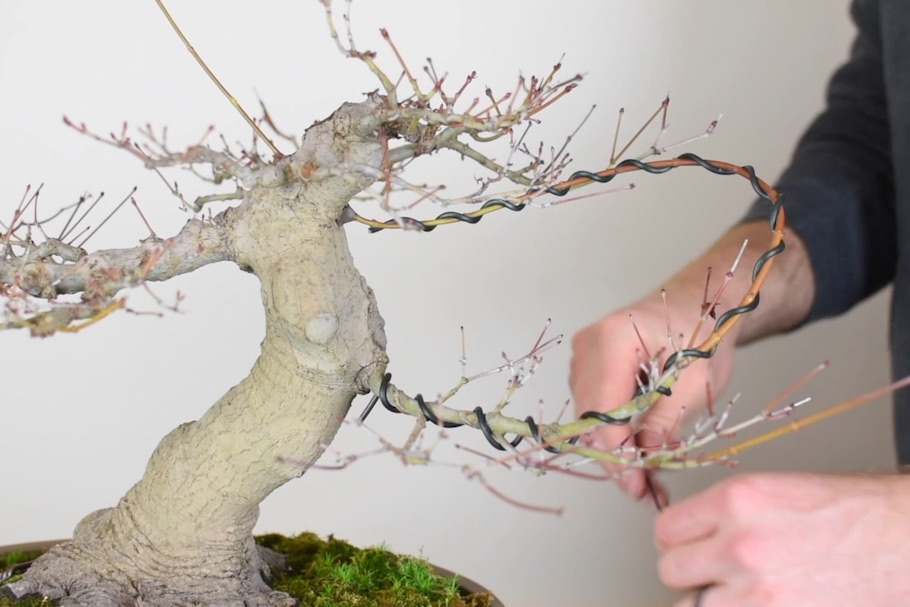 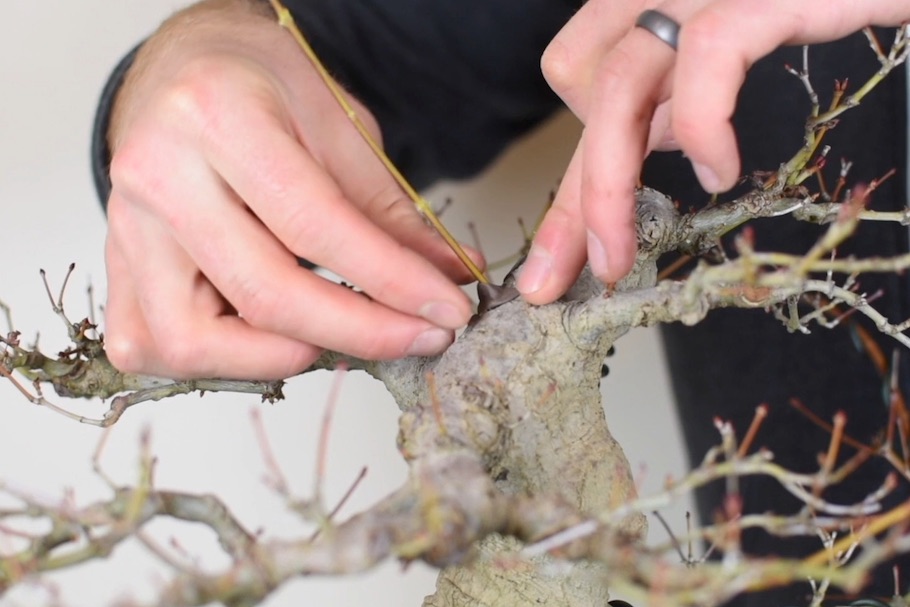