Although Bonsai is a millennia old art-form, it would take until the early 17th century for Westerners to discover these miniature creations on their voyages to Asia. And only at several world expositions held in the late 19th century was the art introduced to the general public.

Most of the techniques, specialized tools and styles we know and appreciate today were developed in Japan. For decades most of the trees found at European and American shows were imported Japanese trees. But with the art of Bonsai maturing and the skill-levels of Western artists ever increasing, chances are you will see 'local' trees win the main shows.

In this article we showcase two recent, all European, winning trees. A Juniper and a Pinus Sylvestris. Both are stunning trees and we are very thankful for the support of both owners to supply us with photos of the progression of both trees. Enjoy these inspirational stories!

Photos and text by Gabriel Romero

The Juniper was collected in Spain (see the title photo above) in April 2006 by its owner and my student, Francesc Vilaret. In March 2008 I asked for help to transplant the tree because of its large size. We transplanted it from a wooden container to a terracotta pot and removed all the original soil from the field.

The tree grew well and in March 2012 the owner brought the tree to my workshop for the first arrangement of branches and the live vein. In Feb of 2013 it was transplanted in its first bonsai pot.

In February of 2015 he brought it back to me to make the second arrangement of branches and to continue work on the live vein. In April of 2017 it was transplanted again to a larger pot to increase the vigor of the tree. And in October of 2017 I made the third arrangement of branches and change to final pot; a Yamaaki container imported from Japan. 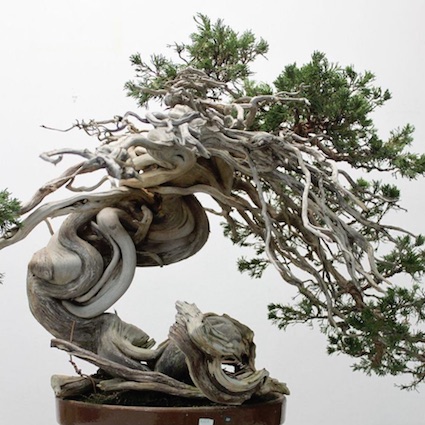 The tree was planted in a smaller container in 2008 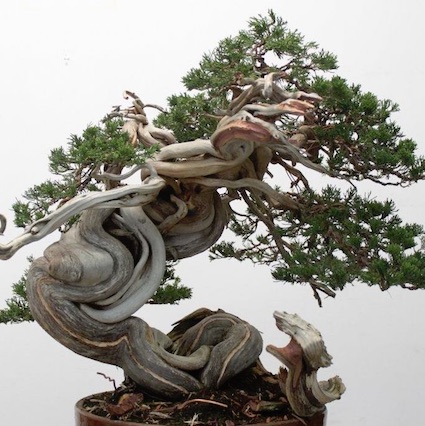 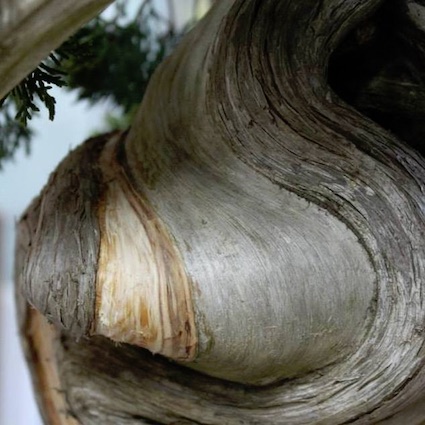 Before work on the deadwood 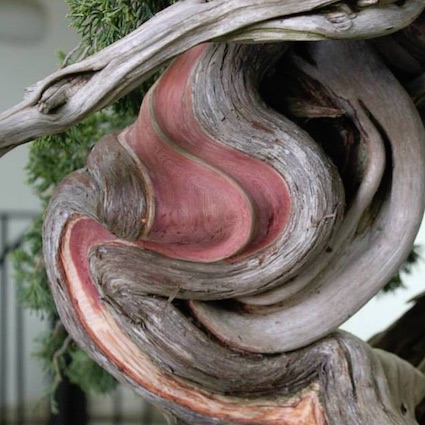 Originally the tree was collected in the French Alps, around 2006. The pine was worked on by Jorge Campos since 2007; he cultivated the tree and made its main design.

The most important work was to compact the tree, but retaining its creative form and character. After the main compacting was ready, around 2013, the tree was purchased by Andres. Since 2014 he worked on the final shape and optimized its care to get fine needles: “I think is very important to have a balanced tree and not only a beautiful tree”. It was planted in a Yamaki (first generation) Bonsai container, imported specifically for this tree from Japan. 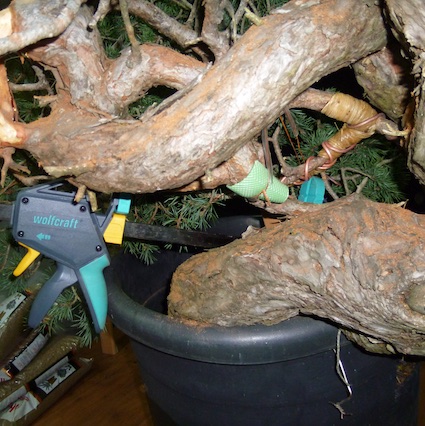 Compacting the tree, by bending the main branches 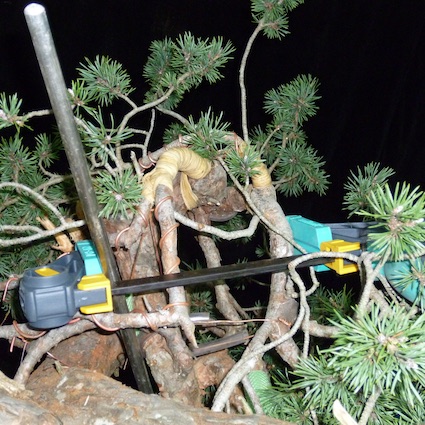