They are well known all over the world. S-curved tropical bonsai plants. Mass produced in Asia and exported to be sold as ‘bonsai’. You can buy them at nurseries, at Ikea and even at supermarkets.

People who take the art of Bonsai seriously will never feel this is Bonsai. To them it has little to no potential to become a high quality tree. But, for a lot of people these kind of trees are the start of a new hobby. Most well-known Bonsai experts started out with exactly these trees!

Ficus come in many varieties. In nature they grow in tropical areas with high temperatures and humidity. They make great indoor plants because they can withstand the poor and often dry conditions in our living rooms. Although growth and health will dramatically decrease when keeping them indoor year-round, there are some things you can do to keep them quite happy. This includes regular misting (to raise humidity) and placing them at a spot with enough light, preferably away from a direct heat-source. The tree prefers a consistent temperature of 70°F (21°C) or more. For more tips and basic care: Ficus Bonsai tree care. 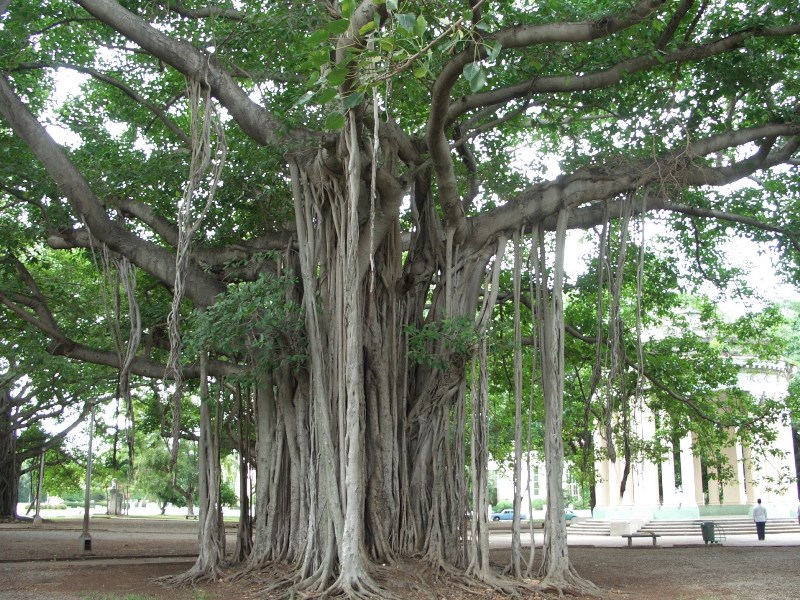 Ficus progressions, from mallsai to… bonsai?

The reason I wrote this article is to show that even these mass produced trees can be transformed into somewhat more bonsai-like trees, with just minor work.

Here is a before and after of a small ficus Bonsai tree. It’s one of the easiest ways to accomplish something rather fast. Only the lower part is used because the space between the foliage was too big. The top was cut off and below I will show what happened with it. The long branch is used as main branch and the rest was used to build the apex.

The wound where the trunk is cut can either be sealed with some soil or wood. Ficus heal their wounds rather fast, but in this case it was made into a small Jin because ficus are such vigorous growers.

Finer branch structure and smaller leaves are easy to accomplish. Either just by pruning shoots immediately when they grow too long, or when the tree is healthy enough, by defoliation. This means cutting part, or all the leafs so new - smaller - leafs will appear also in other places which eventually can grow out to be new branches making the tree can more refined.

There is also the option to air-layer the top and cut it off when it made roots. The good part is that instead of one tree you now have two. 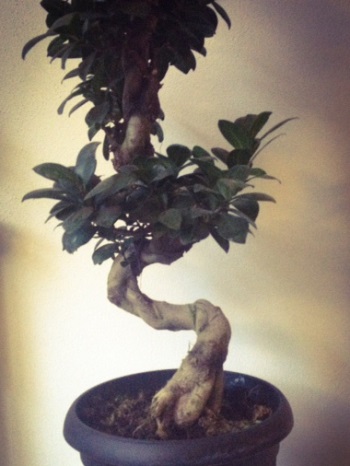 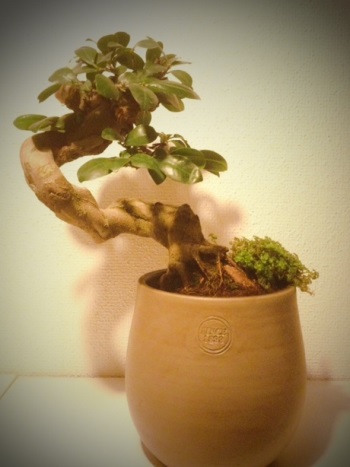 Ficus before and after its progression.

Now what to do with the top part cut off earlier if it wasn’t air layered? Ficus trees root very easily; some even create air roots that grow from the trunk into the soil giving the tree more stability and vigor. Branches can feed themselves this way, this is called Banyan.

The cuttings were chopped in two and put in a well-draining soil mix along with some growing hormone which will encourage the roots to develop. They will be kept moist, not wet and covered with a plastic bag. Placed in a light/warm spot. Some people prefer in a window sill above a central heater. But keep a close eye on them it’s easy for them to dry out. In time they should root and can be transplanted to a proper pot and live a live as a tree on its own. 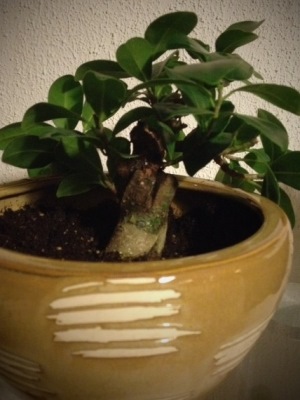 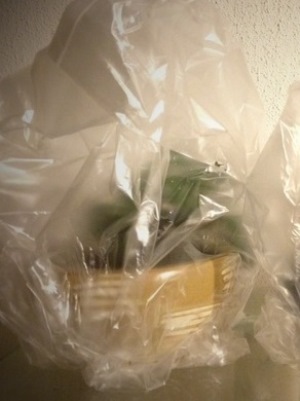 In some cases it’s not necessary to cut back the tree that dramatically. Often people like to keep as much of the tree as possible. In this case that was exactly the point. This large ficus was kind of neglected in a way the previous owner didn’t take care for it. It grew outside and was placed inside only when winter came. Ficus trees if not grown in tropical circumstances should always be protected from temperatures under 60°F (15°C). It had grown long leggy branches with little foliage close to the trunks.

It was repotted into another angle and wired. Almost all of the tree was used except some long branches in the top. Note that ficus trees are hard to wire because they snap or rip easily. The bark is also very thin which will rupture the bark fast when bending. Careful bending is needed. And closely monitor the limits of bending. Stop if necessary.

It was placed in a warm light place and gets misting at least three times a day. Higher humidity will promote new growth and help the tree restore after all the work. After a little week it showed new growth on some branches already. In time the new growth will be used to build up the tree and cut back the long branches so the whole composition will be more compact. Also the lower branch will be lowered and will be done in steps to prevent it from snapping or ripping. 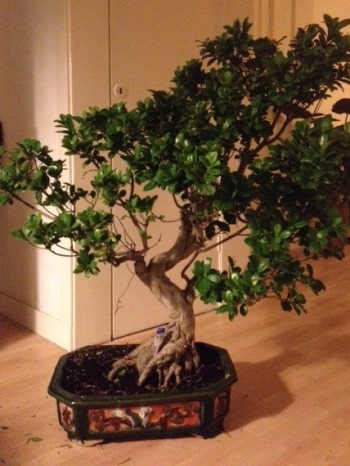 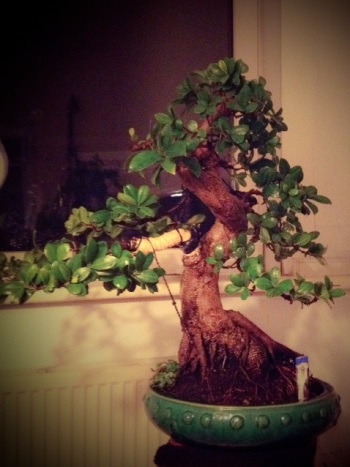 Ficus before and after its styling.

That’s it! Two quick progressions to show that it is possible to get results with these so called ‘mallsai’ trees and make them more bonsai-like.