Garden Bonsai are potted trees that are very similar to, yet slightly different from Bonsai.

The dramatically shaped trees stand out in any garden and are increasingly popular in both Japanese and Western garden designs. In this article we discuss Garden Bonsai trees and their similarities and differences with bonsai.

A Bonsai tree is a miniaturized version of nature, planted in a shallow container. As a Bonsai gets smaller (even down to a few inches/centimeters) it increasingly becomes abstract, as opposed to resembling nature in a more precise way. Several classifications of Bonsai have been put forward, originally based on the number of men needed to lift the actual tree. The largest Bonsai trees are just over 1 meter tall (3'3").

Garden Bonsai are most often trees anywhere between 1 - 3 meters (3'3" - 10') tall and therefore, officially, they aren't "bonsai". But apart from size, anyone can tell that both Garden Bonsai and Bonsai are very similar in terms of design and techniques to style them. No surprise, there are many Bonsai nurseries in Japan that also grow Garden bonsai.

In the two photos below you see Kinashi, a famous area in Japan where pine Bonsai are grown, as well as Garden Bonsai. Before being planted in a container, they have been grown and styled in fields for many years. 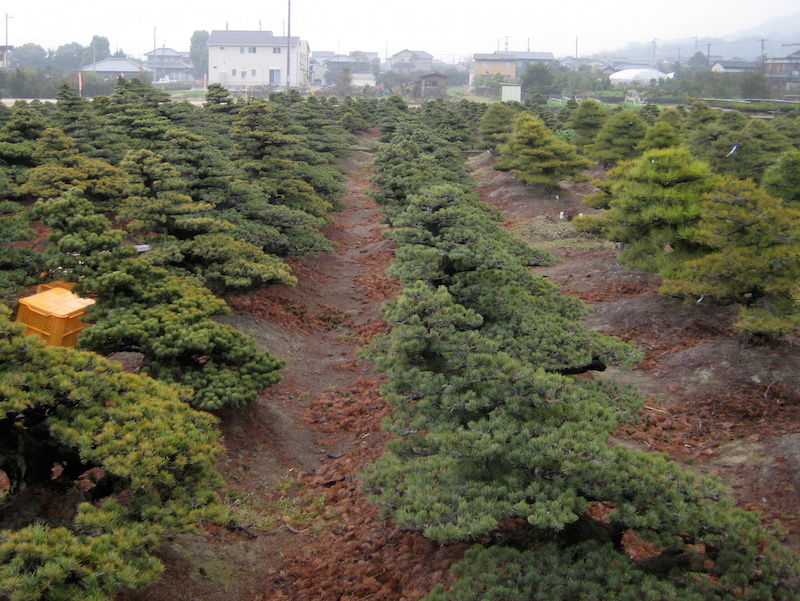 Garden Bonsai grown in the field at Kinashi, Japan. 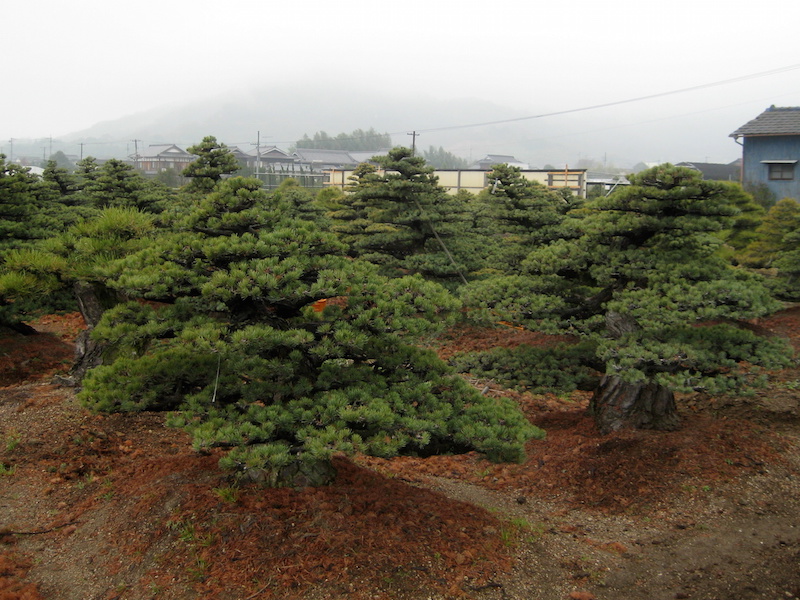 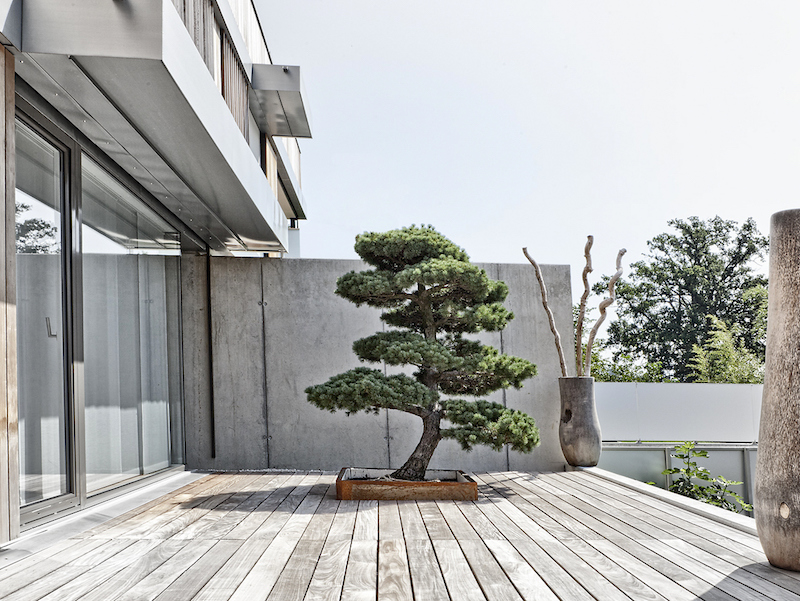 Example of a garden bonsai. Photo by Botanic International EU. 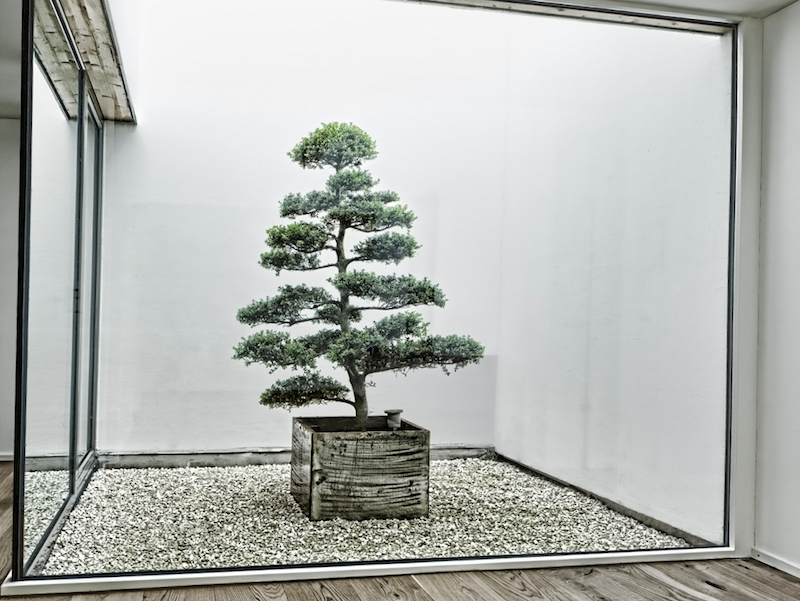