Bonsai in the
Karate Kid movie

When I was young I watched the Karate Kid movie and, as you might have guessed by reading the title of this blog post, I was amazed by those little Bonsai trees that mr. Miyagi styled. I just had to have one!

And so started my passion for Bonsai. This blog post lists the Bonsai moments showed in the movies, with a few screenshots. Enjoy reading. 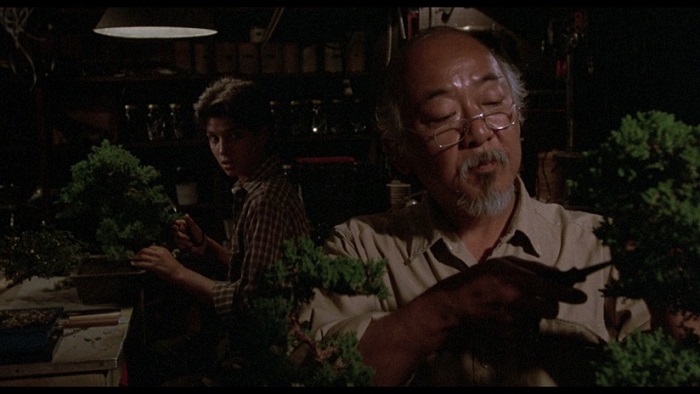 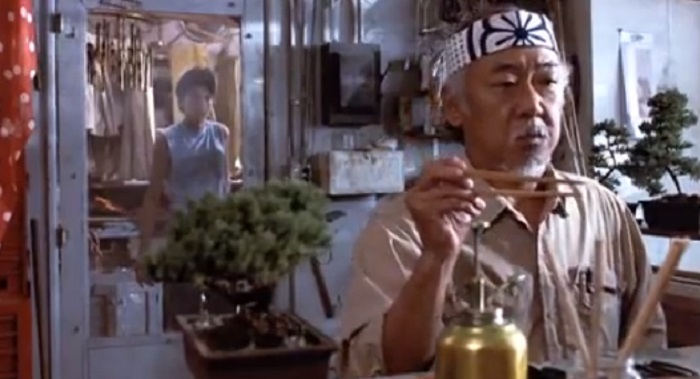 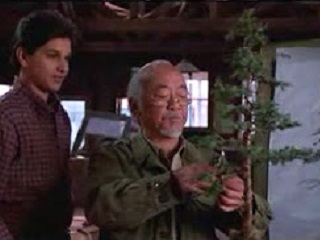 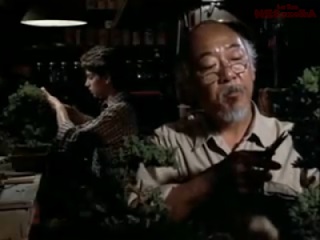 Mr Miyagi and Daniel san and the famous quote: Daniel: "But how do I know if my picture's the right one?" Miyagi: "If come from inside you, always right one." Also: "Close your eyes, concentrate. Think only tree..." (Karate Kid part 1).

Bonsai featured in the Karate Kid movies; a list

IMDB: "A handyman/martial arts master agrees to teach a bullied boy karate and shows him that there is more to the martial art than fighting."

In this first movie the bonsai trees appear several times. The styling of these little trees reflect inner peace and is an important symbol for what Karate should be. Mr Miyagi teaches his knowledge of Bonsai to Daniel San to teach him about life.

IMDB: "Daniel accompanies his mentor to Okinawa who is off to see his dying father and confront his old rival, while Daniel inadvertently makes an enemy of his own. "

Not much Bonsai in part 2, only one line: "Daniel-san, this bonsai have strong root. Same same you".

IMDB: "A bad guy from KK1 attempts to gain revenge on Daniel and Miyagi, with the aid of an old army buddy. "

In part 3 Bonsai plays a big role as Daniel san is setting up his Bonsai Shop. Also, collecting yamadori (bonsai from nature) is shown in the film.

An important quote of mr Miyagi: "Ah. Only root karate come from Miyagi. Just like bonsai choose own way grow because root strong you choose own way do karate same reason."

Finally, in the blu ray box a featurette is included about the art of Bonsai: Life of Bonsai 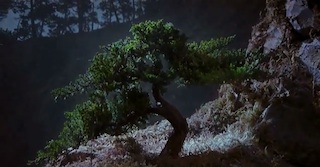 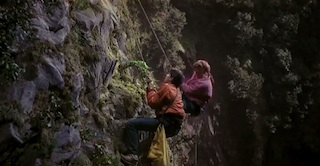 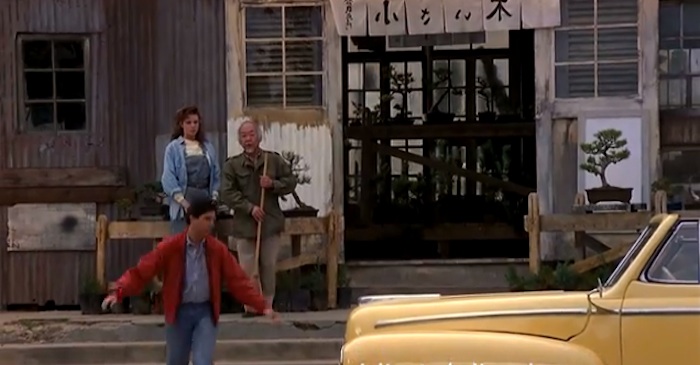 Bonsai in other movies

A list of some movies where Bonsai plays a role:

The Skin I live in (2011)
Antonio Banderas is pruning a Bonsai tree, for about 30 seconds in the movie.

Ninja Assassin (2009)
Ninjas train the Bonsai trees, a symbol for how they train new students

Crouching Tiger, Hidden Dragon (2000)
Bonsai were styled in the movie by Ninjas

Die Hard I (1988)
It was a Japanese firm where Bruce Willis' characters wife worked for. There were several in the board room there.

James Bond - On Her Majesty's Secret Service (1969)
Only as decor, early in the movie.