The cork oak is an evergreen Mediterranean tree that produces a unique bark from which wine bottle stoppers have been made for centuries.

Therefore the cork oak has been cultivated in forests in southern Europe and northern Africa and the cork layer on each tree can be harvested every 9 to 12 years. The small leaves, the interesting bark and good ramification makes the Oak a very nice species for Bonsai. It cannot endure frost, however. This specimen was acquired at a Bonsai nursery in Mai 2000. 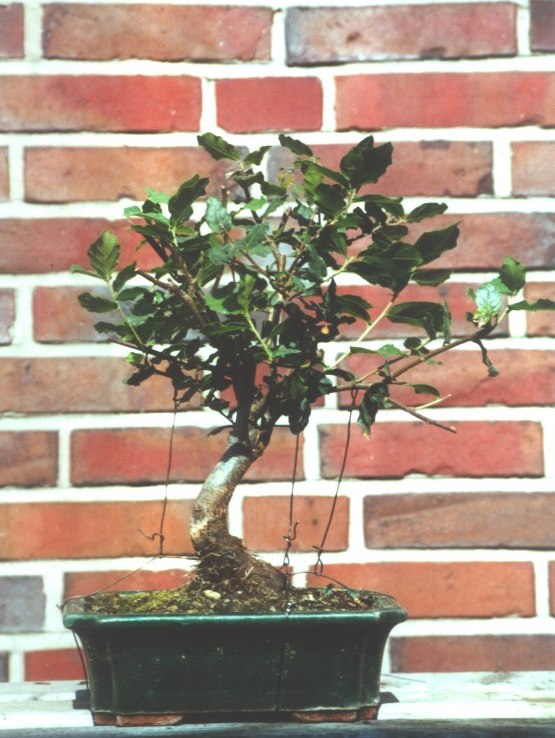 As it was a very young plant that needed a few more years of growth, it was planted into a bigger pot and was trimmed only occasionally for 5 years. In September 2005 some progress was noticeable and branch corrections were made with wire. 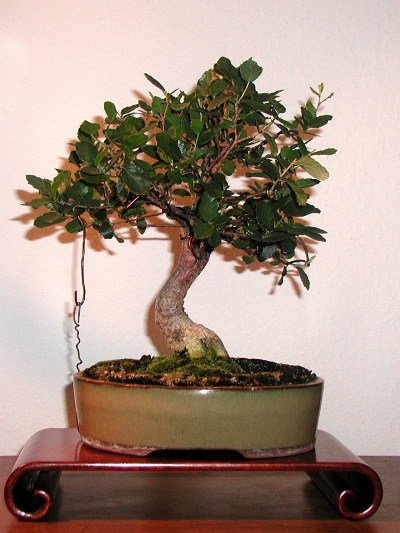 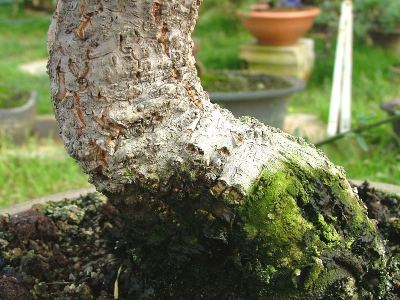 In September 2009 the cork bark had started to develop. It was repotted into a nice handmade pot.

One year later, in March 2009, the trunk has thickened some more and the bark has developed. 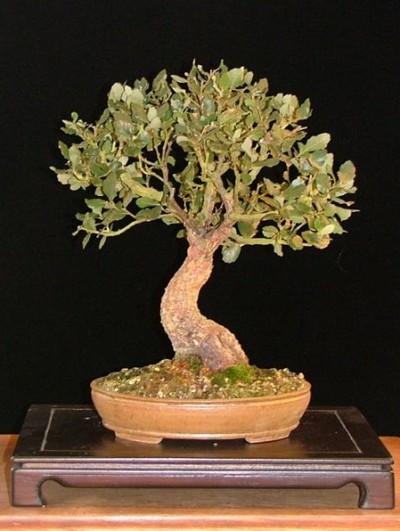 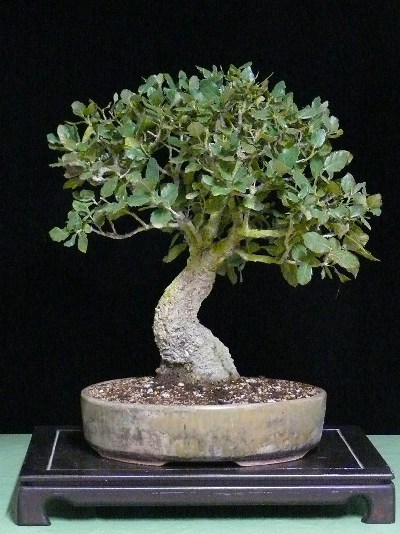 In October 2010 the development has continued and the pot begins to look a little too small for the bonsai tree.

The trunk and the cork bark kept developing. 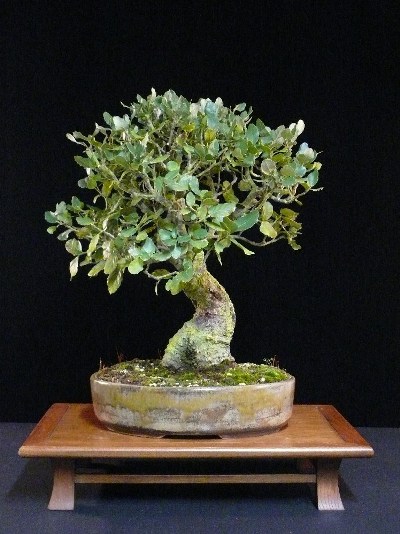 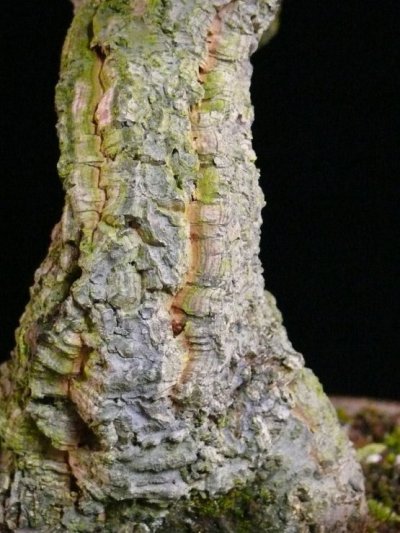 These pictures are from November 2011. The development of the tree in 11 years is remarkable.