Many people feel attracted by apple trees because they have nice childhood memories of climbing fruit trees in the countryside or in their parents' backyard and picking apples.

Almost everybody likes to eat apples, apple pie and apple sauce. The seasonal changes of an apple tree over the year are a joy to watch. With all this positive experience in mind, the fascination of a miniature apple tree in a Bonsai pot is very strong and even people who have no interest in Bonsai will be charmed. This specimen was acquired at a Bonsai nursery in February 2010. It was imported from Spain and considered good material for a reasonable price. The movement of the trunk was very nice and all the scars and knobs looked typical for an old apple tree in an orchard. 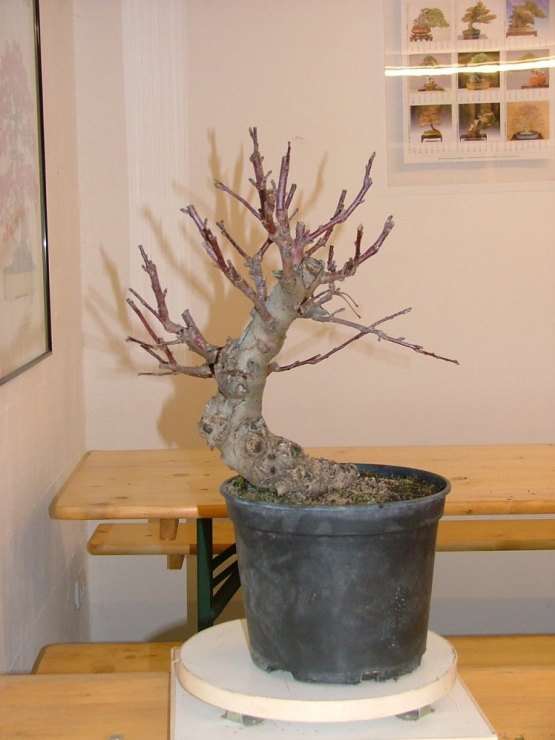 The roots were strong, but flexible and although I had not expected that, it was possible to transplant the apple tree to a shallow Bonsai pot immediately. 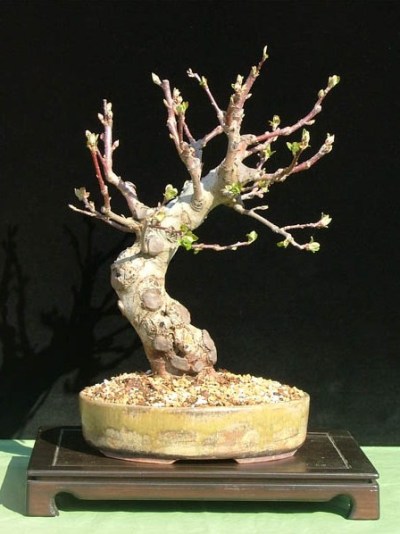 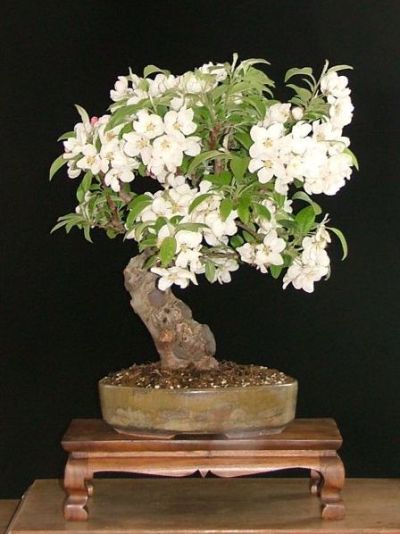 In May 2010 the lovely flowers were visited by lots of bees. 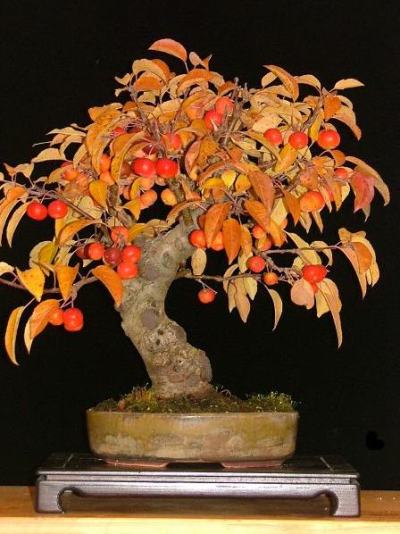 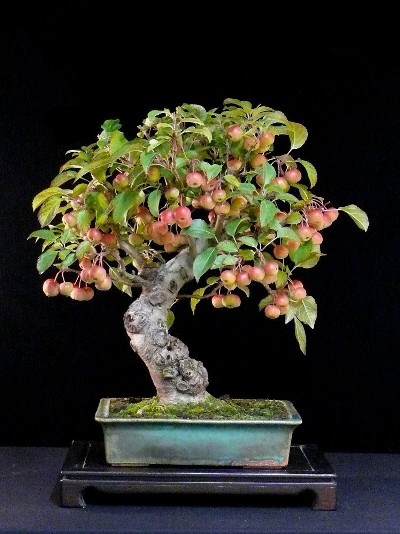 Right; The flowers in April 2011 were lovely once again and the bees were busy visitors. 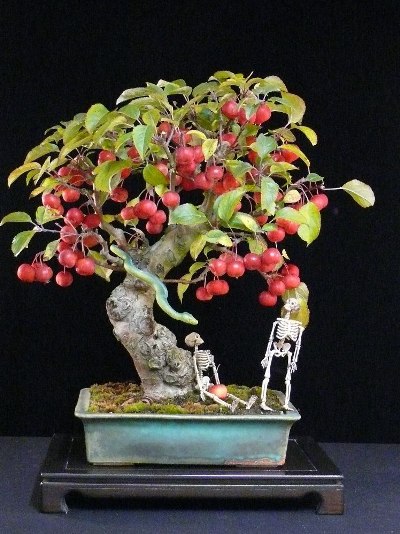 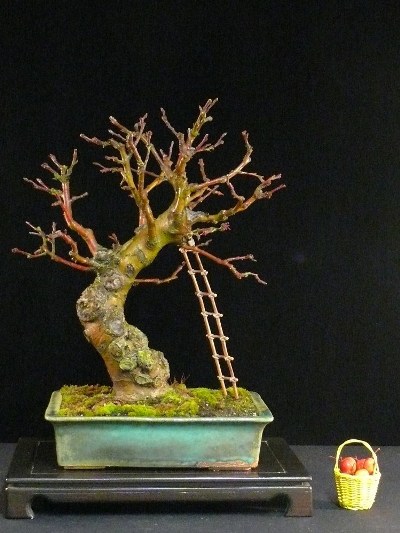 In October 2011 a Halloween picture was taken! Wasn't there something once upon a time about a couple, a snake and an apple...?

After the fruits were harvested they were used for cooking a quince and apple jelly. 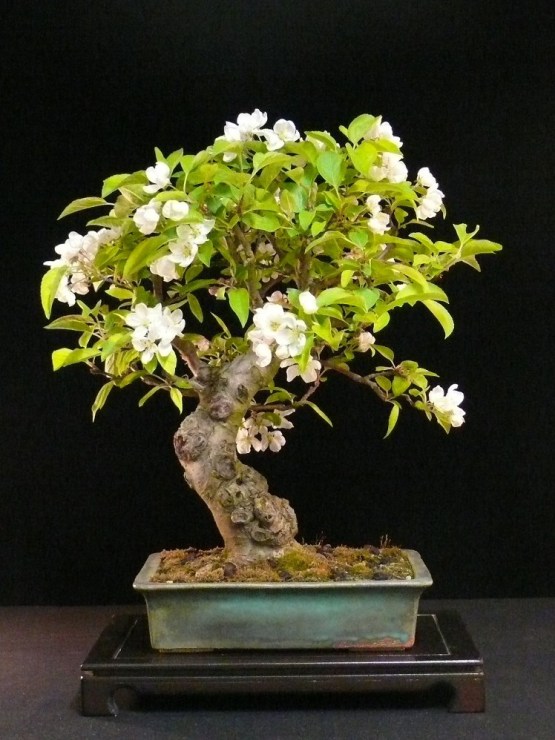 In May 2012 there were not as many flowers as in the previous years but it is quite normal that trees have years with more flowers and fruit and years with less. It is important however not to let the tree get weak. Many flowers and fruits take a lot of power from the tree, so it is advisable to thin them out to keep the tree strong and healthy. 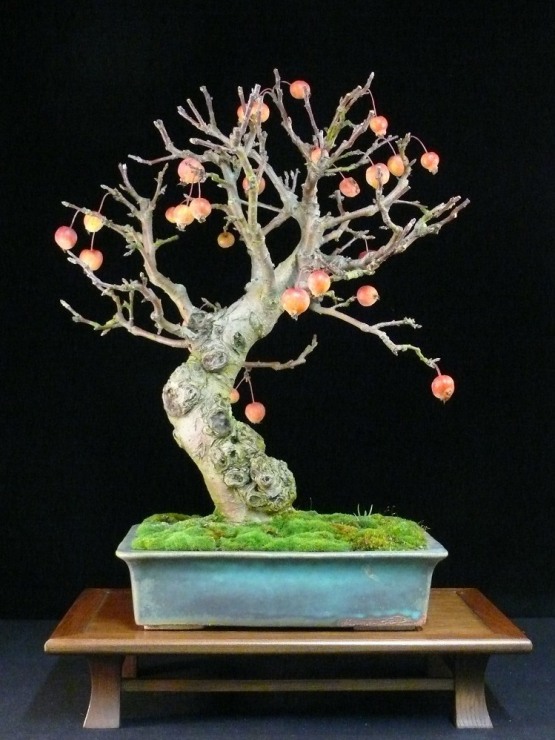 In 2012 I left only one apple per cluster on the tree and removed all the rest. In October the tree still looks nice with the few evenly distributed fruits.

There are few Bonsai species which give you so many different views and so much joy over the year like the crab apple tree!