Yamadori trees have their own presence and character from the very beginning of their Bonsai-life, they are thrilling to work with.

The first Bonsai trees ever were trees collected by monks in the mountains so in a way this is the original, and personally my favorite way of Bonsai. Our great native european spruce is a species rarely seen on todays Bonsai exhibitions, despite their good qualities, rough bark, dead wood and fine needles.

The development and wiring of spruces as a tree that produces only one elongating shoot per year, can be painstaking but is worth its while. Their deadwood is not quite as hardy as with pines and tends to rot much faster if left unattended.

With this specific tree it lead to a hollow trunk that would have endangered the life of the tree if left unworked. The rotten parts were carved out and the rest treated with wood-hardener and lime sulfur.

Spruces are somewhat sensitive to a harsh cut back where more than 50% of the foliage is removed. That is why development of spruces needs to be made in steps and a close eye on proper fertilization helps the branches to (re-)grow very quickly.

This specific Spruce bonsai was entrusted to me by a long time Bonsai enthusiast who cared for it for decades and kept it in good shape – ready for styling. Over time major branches were cut and replaced by finer branches that give of the feel of a finer and older silhouette. As the remaining branches elongate further changes to improve the tree are already planned. Be on the lookout for “The-Rider” and it’s new pot by Tom Benda. 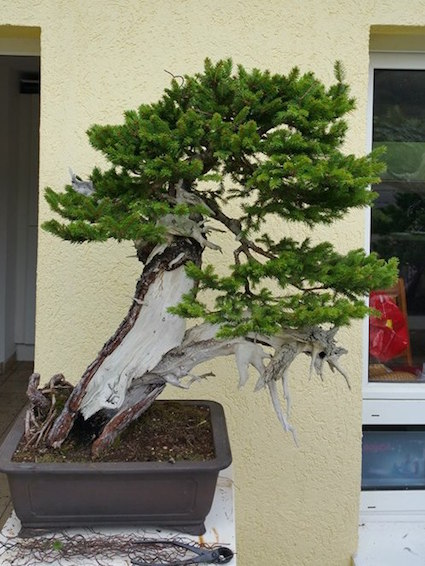 Spruce after growth in Fall 2015 – After a healthy growing season it is safe to take the next steps in cutting more major branches. 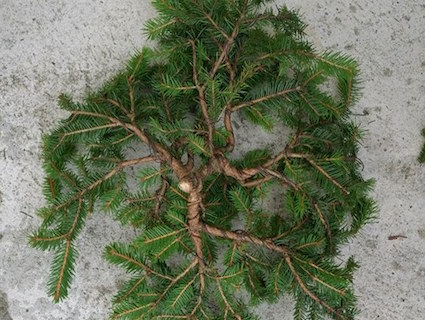 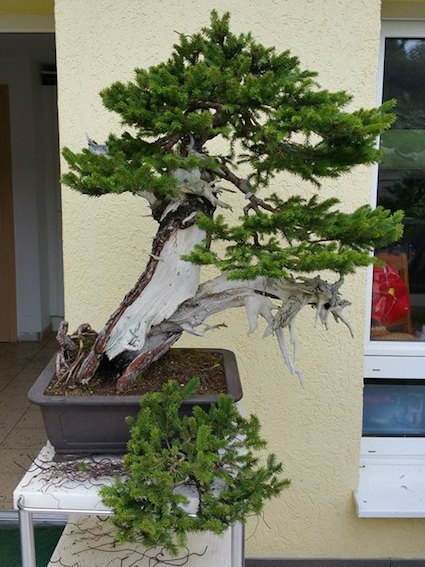 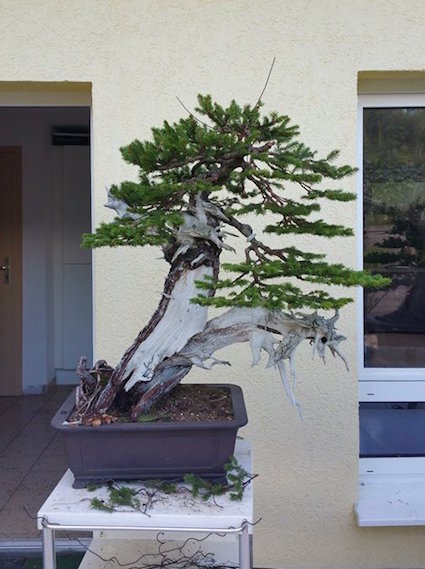 Spruce after cutting the Apex and wired.

About Michael: Right from the start Mr. Udo Fischer, my teacher, showed me the 'quality way' of Bonsai. From here on I had the opportunity to learn from Japanese Masters like Iura, Katagiri, Esaka and Nobu as I met them. Read more about Michael Tran.