Satsuki azaleas are increasingly popular among western Bonsai enthusiasts. If you fulfill their special needs (never let them dry out, water with rain water, use special soil and fertilizer) they are very easy to care for and delight their owners with beautiful flowers every year.

There are countless different varieties with flowers in numerous different colors and shapes and they also differ in leave shape, leave size and vigor. A very good feature of the satsuki azalea is that it can be heavily pruned and will happily grow new shoots out of the bark of the trunk and branches. It grows basal dominant which means the lower branches grow stronger than the apex, in contrast to most tree species. 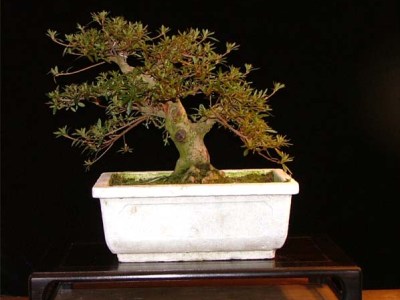 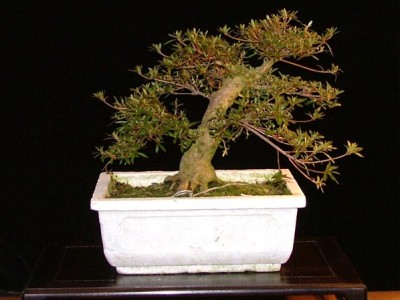 This Satsuki azalea Bonsai was acquired in April 2008 from a Bonsai shop. It was imported from Japan and grew in a styrofoam pot. 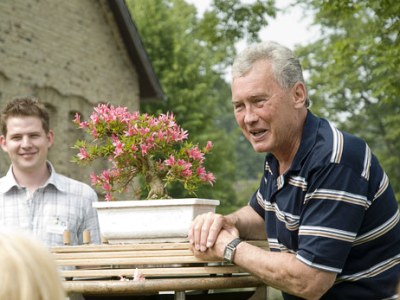 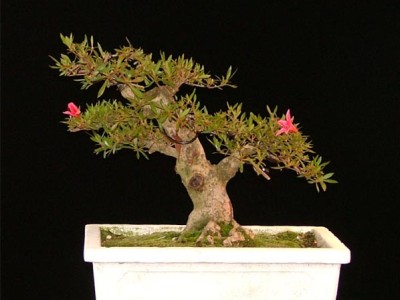 In June 2008 I took the azalea with me to the summer party weekend of the German Bonsai-Fachforum.de where Walter Pall and Martin Sturm discussed it. During the azalea workshop I pruned and wired the tree. 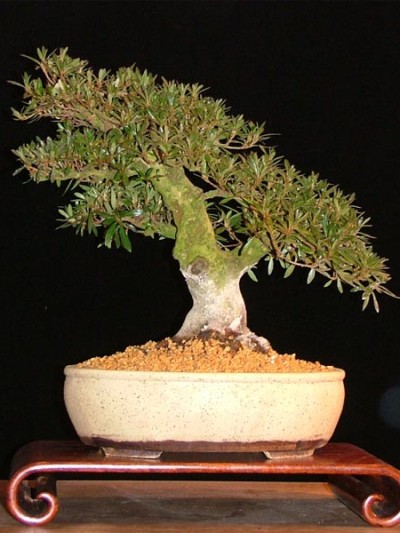 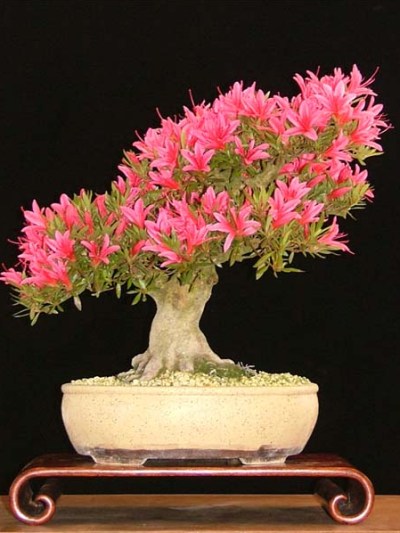 Until March 2009 the tree had made some progress and was planted into a Bonsai pot.

In May 2009 the azalea flowered very nicely. But I didn't like the color of the pot in combination with the flowers. 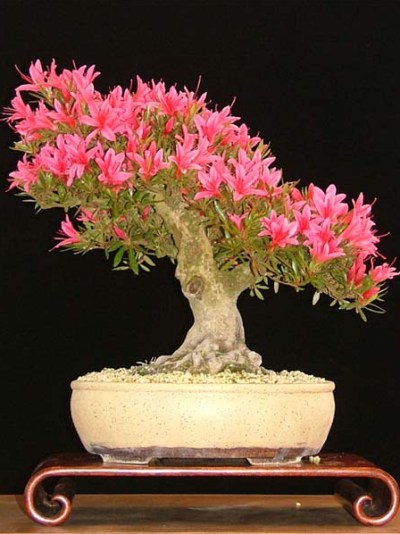 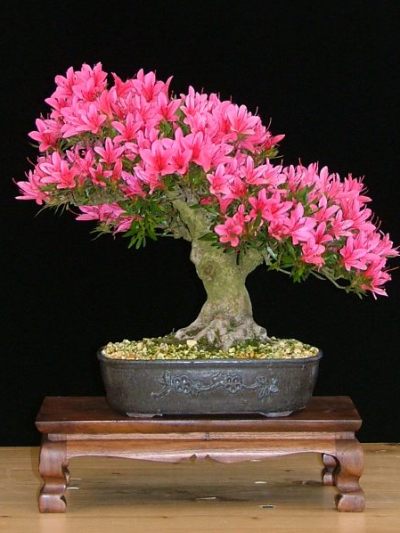 In April 2010 I decided to plant the tree into a dark blue pot by Bryan Albright. 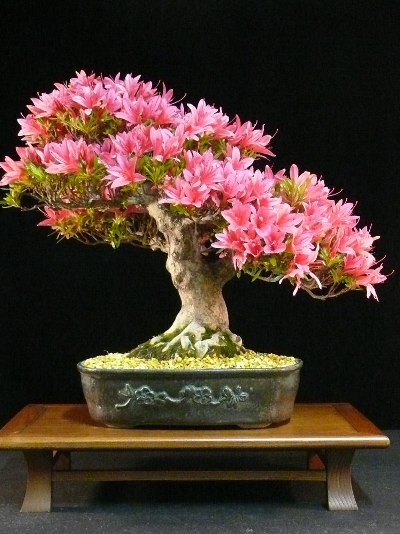 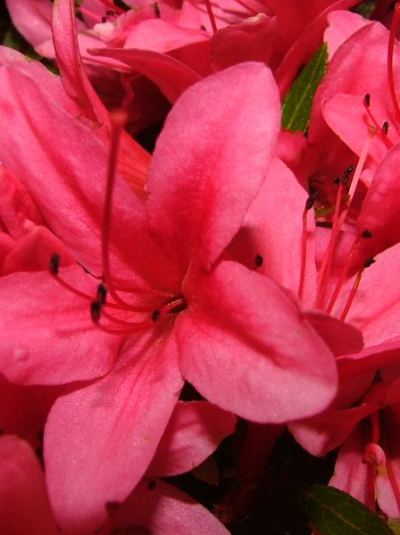 In June of 2012 the azalea has become more mature and the flowers are lovely once more.