In my early days, the way I learned Bonsai was to pick up information wherever I could. I attended numerous events by visiting Bonsai teachers who came to the local club for demonstrations or workshops, but each teacher had a different way of doing things. 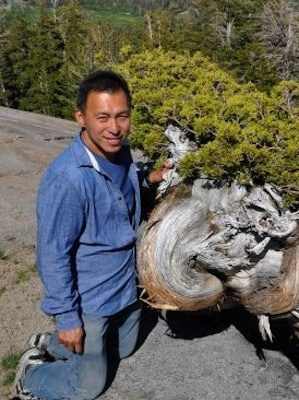 I witnessed presentations that involving heavy cut-back, wiring, styling, and repotting, all at the same time. I tried to ask about those trees and the total Bonsai process, but these classes were focused on putting something together in an hour or two. I knew even then that this was the wrong way to care for Bonsai—and the wrong way to teach. As I became more passionate about Bonsai, I began to step back and think there had to be a better way. When “Bonsai Today” started its publication, I read absolutely everything and tried to apply what was translated in those articles. It worked. Even when articles conflicted with each other, they were of great help. The gallery section of “Bonsai Today” featured trees from Japan that were far superior to anything I had ever seen before. These images were so inspiring to me that I visited Japan to see the trees myself.

Soon after, I learned that Akio Kondo, a first-year Bonsai professional, had chosen to live and work in California for one year. I invited him to live in my home and set up shop in my backyard. Thus began an extensive education for me, continuing through the following seasons. Akio was a man with high standards for Bonsai, and my time with him led to my decision to return to Japan to further my Bonsai education.

Upon my return to California, with much new information to share, I established my business, Bonsai Boon. Later, in 1998, I started Bay Island Bonsai in order to teach others to recognize, create, and maintain high quality Bonsai. Bay Island Bonsai became the perfect vehicle to pass along Bonsai information in a structured and logical way, and to follow the progress of students and their trees. I am often amazed how quickly students pick up Bonsai skills when they are held to high standards and are encouraged to ask questions.

In recent years, the art of Bonsai has improved outside of Japan, as has the quality of the trees in Bonsai shows. Several Bonsai artists who have studied with me have also studied in Japan, and a few are currently studying with some of the best Bonsai masters in the world. Instead of the hit-and-miss education of the past, today’s serious Bonsai students can learn from teachers who are equipped to lead them through the entire process.

I like to think that I have had something to do with improving Bonsai standards through my Bonsai workshops, Bonsai intensives, and regular study groups across North America. My goal has not changed. I want to be able to walk into any Bonsai show in America, enjoy healthy and well-done trees, and later say, “That was a good show.” I believe this happy change has already begun.

The garden of Bonsai Boon

Some of Boon Manakitivipart's Bonsai trees 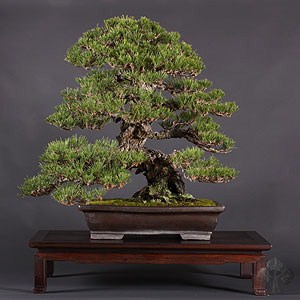 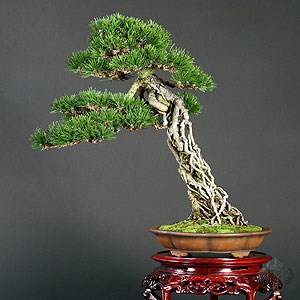 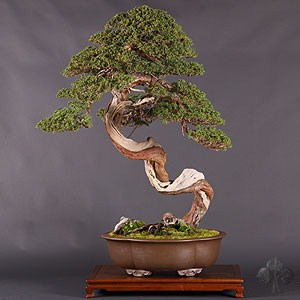