My first experience with plants was not with Bonsai but working with my Italian grandfather – helping him plant seeds at 4 years old, later pruning Apple, Pear and Fig trees in the garden. 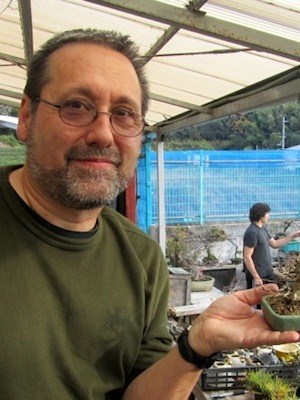 This was my first ‘crossing path’ or ‘unexpected encounter’ (kaikou) with trees. In 1975 I first started to ‘play’ with Bonsai – it was more like creating a morgue for trees! After this first foray in futility, I stumbled upon some good books and finally found New England Bonsai Gardens (then in Natick) and my passion was rooted.

I’ve had many teachers over the years – in single courses and workshops – as well as more extensive learning relationships working with Kenji Miyata, Hiromi Tsukada and Mitsuo Matsuda and Jun Imabayashi at New England Bonsai Gardens. I was also fortunate to study for short periods at Taisho en in Shizuoka, Japan with shohin Bonsai master, Nobuichi Urushibata. I have been teaching Bonsai classes and private students at New England Bonsai for the past 10+ years. My inspiration was, is and will always be the beauty of nature itself.

Some of John Romano's Bonsai trees 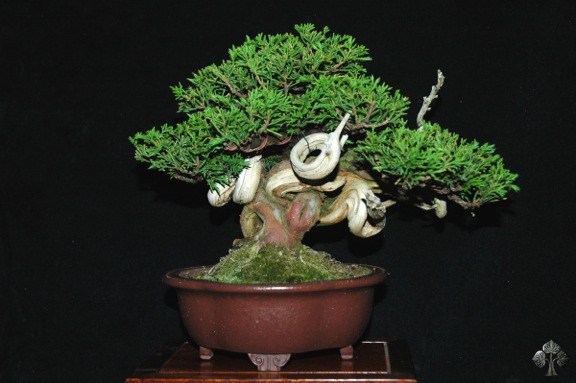 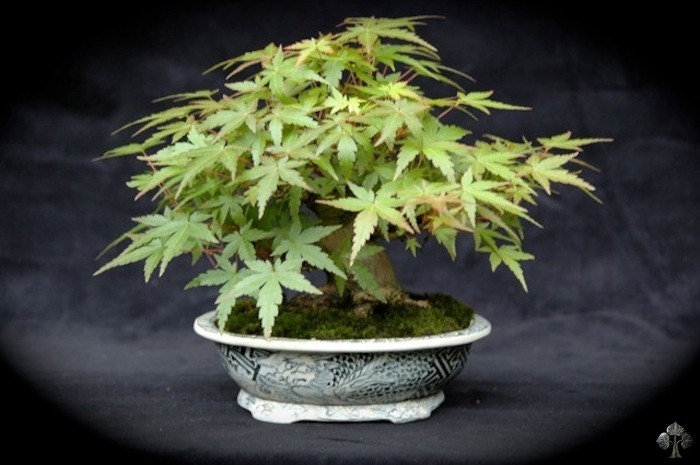 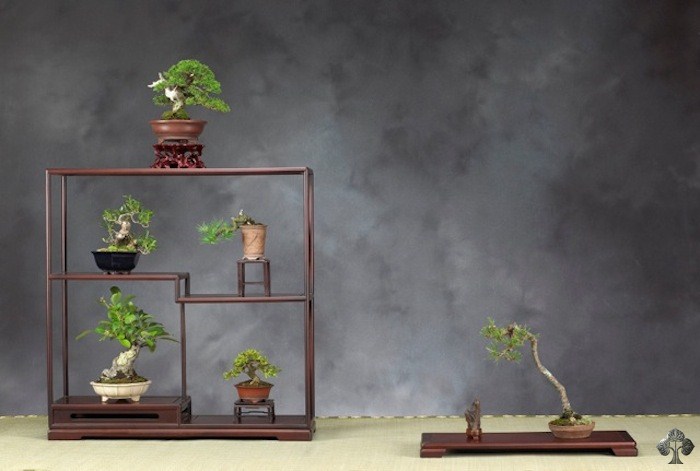 Shohin Bonsai display at the World Bonsai Convention in Washington DC, USA in 2005