As an autodidact I started my activities in 1990 and Penjing landscapes turned to be my specialization. 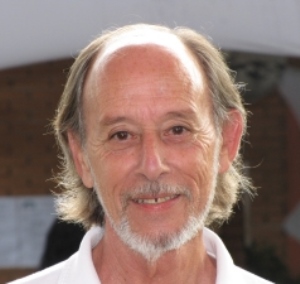 FEBEM are the initials for FUNDAÇÃO ESTADUAL PARA O BEM ESTAR DO MENOR. It is a state organ that takes care of smaller offender, many of them with several homicides. As a voluntary teacher I accepted the invitation to give Bonsai Classes to the FEBEM's adolescents every Tuesday and Thursday. For the fundamental characteristic of this Art, which is to maintain alive our trees and even more, for the necessity we have to demonstrate attention to our trees, I saw the possibility to wake up some good feelings in those FEBEM's adolescents by motivating them to get into the Bonsai own charm. I have met 13, 14, 15 years old boys who have never had, have never seen, have never known anything about attention and affection and, since I began this work, I have happily noticed some flashes of emotion where there was place for "a hard rock", unfeeling (insensible) as a rock must be, "in the shape of a boy". It's common to hear: "They have to be arrested, unconditionally". Difficult we have in hearing: "Those kids (boys) need (all kind of) help".

I developed a website with the only goal: to spread information about Bonsai Art in Brazil. I maintain this website since 2007 without commercial links, just with the wish to help. I created this Forum, nowadays with more than 5.100 users, many of them abroad. Find the link below.

I developed this contest for improving Bonsai works in Brazil. From 2006 to 2009, with professional help of Bonsai judges from abroad, I could perceive the growth of Bonsai Art in Brazil. Nowadays I created the NATIONAL Bonsai CONTEST with more categories but with the same characteristics, only for Brazilian participants, with international judges.

Since 2006 I made happen an annual event at my home (where I have my nursery) hosting friends all over Brazil and abroad, among them: Roy Nagatoshi (USA), Suthi Sukosolvisit (USA-TAILAND), Morten Albek (DENMARK), Václav Novák (REPUBLIC CZECH), Charles Ceronio (SOUTH AFRICA), Marita Gurruchaga (ARGENTINA), Chase Rosade (USA), Vladimir Ondejčík (SLOVAK), Bernie O’Callaghan (NAMÍBIA), Louis Nel (SOUTH AFRICA), Nacho Marin (VENEZUELA), Pedro Morales (PORTO RICO), Rui Ferreira (PORTUGAL), Rob Kermpinski (USA), German Arellano (COLOMBIA), Peter Chan (UK). It is an event without any commercial or association support. The only support comes from the friends that participate. It has been, since 2006, the biggest event of this type in Brazil. I would like to emphasize that I don’t trade trees or tools.

Some of Mário A G Leal's Bonsai trees 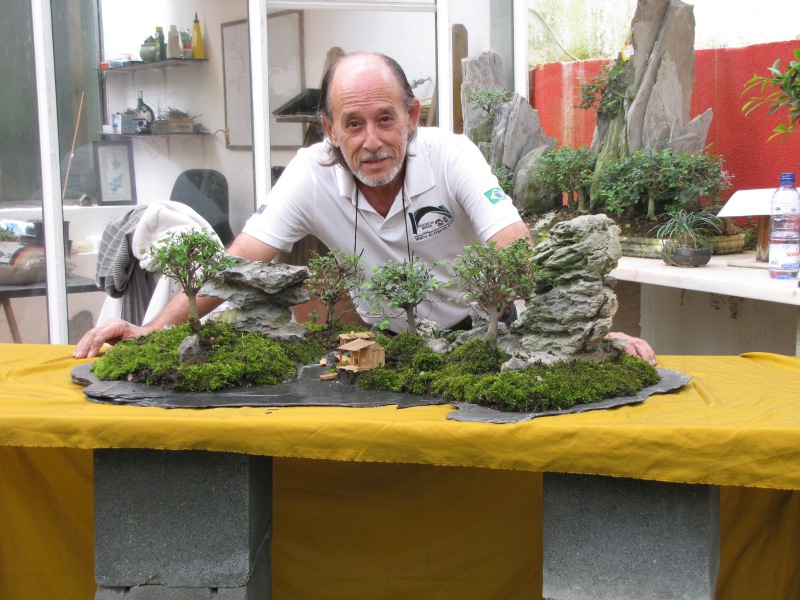 Mario A G Leal and his Penjing Landscape.