I started Bonsai in late 1979 or early 1980. At that time I only worked according to my own imagination and taste rather than following the textbook styles. 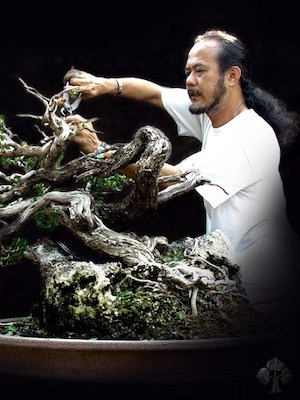 At that time I had not yet joined any Bonsai club. It was not until about 1990 that I started to learn more about Bonsai from books and local Bonsai artists. With this new exposure, the more I learned, the more doubts I had about the criteria that most considered necessary for making good Bonsai. The textbook rules and stylistic considerations seemed to me to be overly dogmatic and rigid. I became disheartened as I noted a distinct difference between the art that I loved and the art as followed by the rest of the community. The two ideals were contradictory, in my estimation...

Appeared at these events: Various events all around the world (Noelanders Trophy, etc.)

Books: "Vision of My Soul", "Mission of Transformation"; coming books: "The Five Schools of Chinese Penjing", "FAQ of Bonsai - The Path to Beyond"

Because of this confusion and disillusionment I almost quit Bonsai for a while. I began searching for the roots of the philosophical and conceptual fundamentals of the art. I delved deeply into the scientific and aesthetic ideals of artistry and Bonsai to try and discover the basis for these dogmatic rules. During this time I chanced upon a wonderful opportunity to learn Penjing with Hu Yun Hua in China. My study in China provided me significant enlightenment. Hu Yun Hua’s teaching method and philosophical approach helped to solidify my understanding of the science and aesthetics of my endeavor. This understanding perhaps came easier for me because I had long practiced painting and sculpture, and had a measure of knowledge of the visual arts.

Furthermore, I firmly believed Bonsai was simply another form of visual art. With my frequent travels to China and my meeting with many Chinese Bonsai masters came exposure to Chinese literature. Most of these texts had never been translated into foreign languages. Due to my exposure to these Chinese artists and writings, my perception and interpretation of Bonsai changed. The funny thing is that the Bonsai I am creating now are not too different from what I created in the past. The most significant difference is that, before, I worked intuitively without knowing why I did what I did. Now, however, I can refine my efforts with a clear understanding of the aesthetic and a contextual approach to the work.

In light of Chinese political and cultural history, it is no wonder that Japan formulated a more technically refined and quantified approach to this art. Even so, I find that the Japanese penchant for specific conventions of styling and form is, in fact, derived from the common fundamentals of visual artistry — the same ones used by most cultures and utilized for centuries. I believe there is nothing wrong with seemingly dogmatic and rigid rules being taught, because each rule is simply a useful convention with an important lesson behind it. Unfortunately, most Bonsai enthusiasts simply swallow these rules without digesting the lessons. Consequently, many mistake a list of helpful conventions for an ironclad checklist of absolute rights and wrongs. This sort of mistake greatly decreases any chance they may have of creating artistry.

After delving deeply into the aesthetics and philosophy of Chinese Penjing (the root of Bonsai art) and with my practical experience with modern Bonsai. I have formulated my own approach to the art. I believe that great benefit can be derived from applying some basic concepts from this approach to Bonsai styling efforts. I have dedicated myself to the exploration and development of this art and I hope that others may learn from my journey.

Some of Robert Steven's Bonsai trees 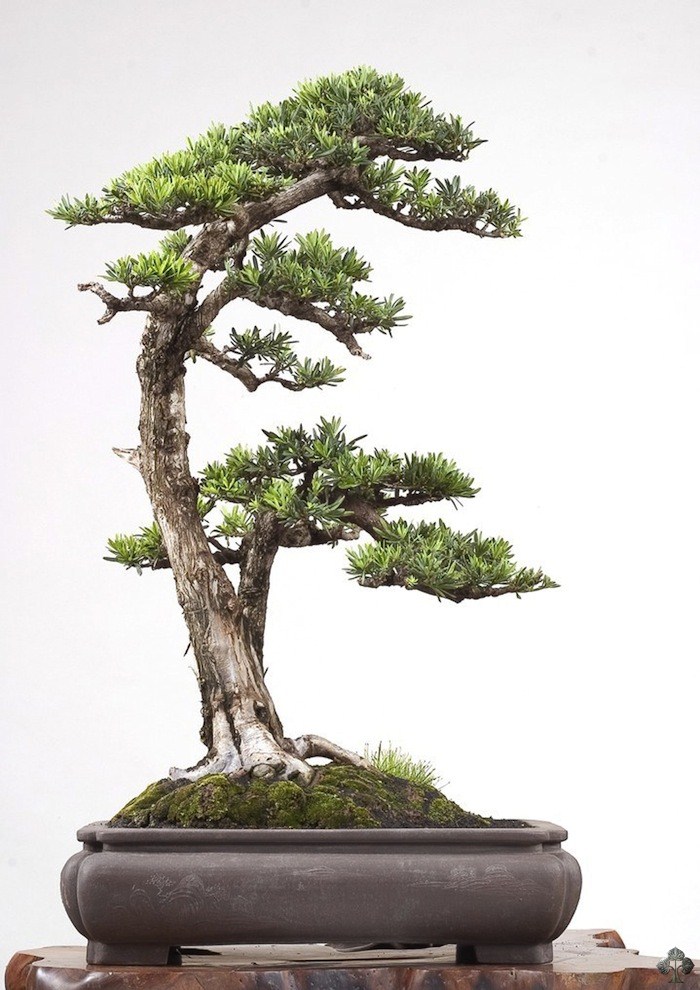 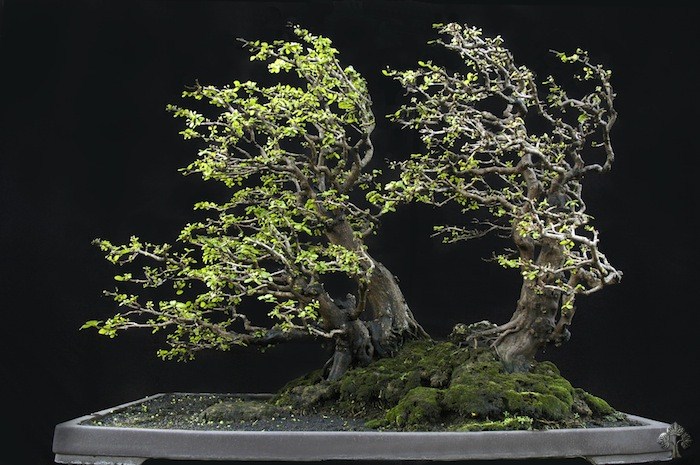 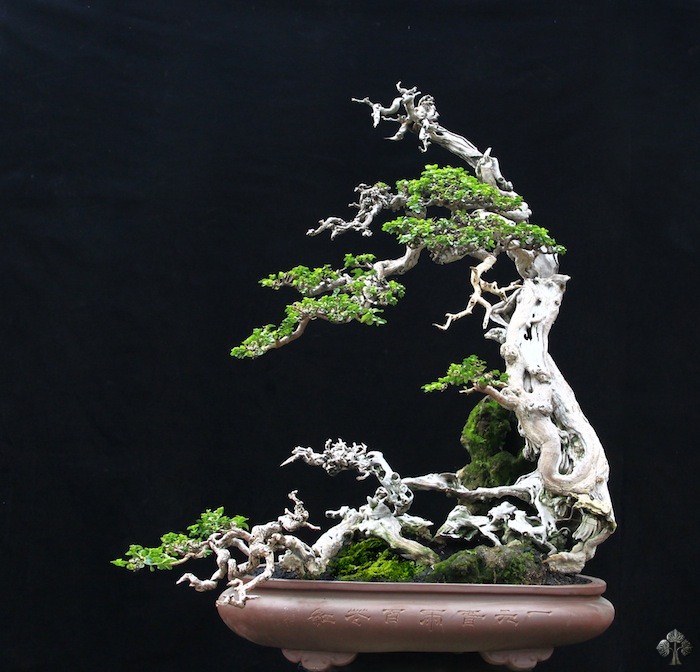