Stillwaters....thinking back on all the things which had an impact on my Bonsai life, there's no better correlation to my passion for the art than days spent fishing with my father at his ancestral pond. 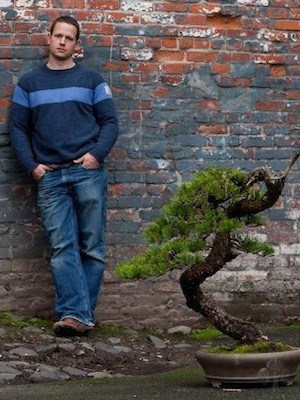 I was in fact, the 4th generation of Neils to have fished Stillwaters; to have reveled in the glory of the catch, the defeat of fish-less days, to have taken my share of stumbles into its crystal clear water, questioned my courage in the face of its booming storms, and to have drank from its high mountain springs. The drive to get to Stillwaters challenged the gumption of anyone coming up with romantic ideas of an afternoon outing or a leisurely fishing trip. Going to Stillwaters demanded dedication. It was a five hour trek across seemingly impassable roads, once you left the pavement and security of civilization. At times you were sure your organs had been rearranged from the violent gyrations of the jeep bouncing down the road, bumping along to the top of the Western slope of the Rocky Mountains. I’ll never forget the one room schoolhouse we passed along the way where my grandma Emmy had taught in the 60's. Nor can I think back without a smile recollecting my dad pointing out the beautiful granite expanses of Derby Mesa where he’d grown up as a kid. Before finding bonsai, those outcroppings of rock dotted with struggling stunted trees were mere rolling grazing grounds for cattle, full of cow-pies and crushed junipers. However, once I caught the Bonsai bug the will to survive and personality of Derby Mesa's twisted trees became my greatest source of material and inspiration to pursue bonsai. They were my introduction to Bonsai before I had any concept of what it was, and they proved to be the fuel that fed the fire once I found the art.

Appeared at these events: Many events in the US and abroad

Appeared in these magazines: various magazines

“Dad, if lightening hits a car, will it kill the people inside?” “No, probably not.....we’ve got rubber tires.”

“But, there’s a lot more metal than rubber, are you sure it will absorb all that electricity?”

“Quit worrying so much, you’re going to waste your time worrying about something you can’t control and miss this? My gosh I love a good lighting storm on the Flattops! Hear how it echoes?”

I'd seen Bonsai throughout my childhood. It was hard to miss being a martial artist growing up in the generation of the Karate Kid. Bonsai seemed to go hand in hand with a lifestyle similar to Daniel-san's training; a lifestyle based around a discipline and fluent proficiency of an art form. However, the mortality of Bonsai added a layer of depth other art forms lacked and its interest was hard to deny. I wasn’t quite ready for Bonsai though, not at that time. It was out of reach and beyond my ability to appreciate and understand. Bonsai was mystical, like nothing I’d ever seen, something wise and mysterious old Japanese men did when they had reached mental heights and planes of enlightenment I’d never know. As a result, I was relegated to focusing my attention on Daniel-san and Mr. Miyagi’s abilities to fend off the Cobra-Kai dojo and their band of delinquents.

I was 12 when Bonsai finally gained a foothold in my mind. It's presence in the United States was growing and simply glancing at pictures of beautiful trees deepened its imprint in my mind. It followed me. From middle school and Mr. Miyagi's broken up backyard at the hand's of Toguchi-san to junior high and the beginning of Mr. Miyagi's Bonsai shop. I couldn't escape it. I saw Bonsai vendors selling trees out of vans on the side of the road, and even my small town's summer fair had a booth selling bonsai. I was bewildered. How could all these people understand the intricacies of bonsai? What about the waxing on and off? What about building fences in the sweltering heat pounding in nails with one fail swing of the hammer? Were these people capable of catching flies with chopsticks? What did everyone else seem to know that I didn't? What made them think they had what it took to grow bonsai?

The summer before turning 14 I decided it was time to test the waters. Instead of buying a pre-made tree from the Bonsai guy at the fair I decided to start from the beginning and grow my own. I scoured nurseries and the internet looking for stock and gathering information. My studies proved frustrating and discouraging. There was so much information it was difficult to know what was credible? Every once in a while I would refer to the third Karate Kid when Mr. Miyagi styled a spruce in his workshop. I studied how he transformed the tree he was working on before sending Daniel-san to run errands to create the finished tree sitting on the table when Daniel came home. How was that possible? I wanted to know. Looking through phone books I found a Bonsai nursery outside of Denver, 3 hours away. Maybe someone there could steer me in the right direction.

I met Harold Sasaki in August of 1995 during an annual school shopping trip. I grew up in a small town on the western slope of the Rocky Mountains near Aspen, Colorado so trips to Denver were few and far between. I bargained with my parents that if I behaved myself and didn’t complain about my mom and sister’s tireless quest for the ultimate wardrobe they would, in return, endure a visit to Harold’s Colorado Bonsai Limited nursery. It was a grueling day of shopping, but I survived with the anticipation of meeting Harold.

Words can’t describe my first visit to Harold’s nursery, nor the impression it left on me. I was speechless and overwhelmed with excitement and a hunger to know everything there was to know about bonsai. Harold was one of the early American pioneers of collecting trees from the wild and his nursery was a testament to his skills and ability. I’d never fathomed such trees could be successfully transplanted and cultivated, but I knew on that first visit I wanted to dedicate my life to Bonsai much like Harold.

Over the next three years I met with Harold as often as I could to learn about Bonsai and collecting yamadori. I took photos of trees growing on pieces of granite in the Rocky Mountains or stuck in crevices of stone on Derby Mesa and asked Harold's advice about how to successfully extract them. Harold and I would sit for hours in his workshop talking about bonsai's intricacies and techniques as he shared his knowledge and diagramed the process of collecting and styling yamadori material. Harold often referred to Mr. Kimura's work to illustrate how innovative Bonsai could be. I marveled at the creations of Mr. Kimura and his approach. His ability to give trees character, emotion, and personality was unique and different than anything I'd seen, and his radical techniques which enabled him to bring about such dramatic change in trees further reinforced his genius. Looking at his articles in Bonsai Today I dreamt of apprenticing with him someday, working by his side to learn his secrets and sources of inspiration.

My life changed rapidly as I dove deeper into my commitment to bonsai. I found myself wondering if it were possible to make a living as a Bonsai artist while I focused more on my trees and less on basketball and school. Basketball had been my life growing up. During the summers I'd wake up at 5:30 each morning to work on my dribbling skills for an hour and shoot 1200 jump-shots, then head to the gym to do plyometric routines and lift weights. Not a day went by when I didn't handle a basketball. I lived, ate, and breathed the sport in so many ways it often overshadowed the realities of life and things which were more important. However, injuries during my sophomore and junior years of high school impeded my ability to play at the collegiate level. Devastated and lost, Bonsai filled the void left without basketball in my life and by my senior year all the energy and dedication I'd put into improving my game were directed towards blazing a trail to earn an apprenticeship with Mr. Kimura.

Some of Ryan Neil's Bonsai trees 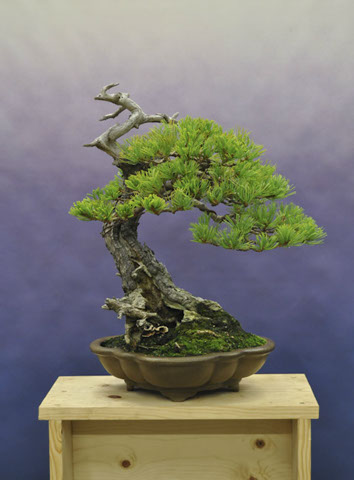 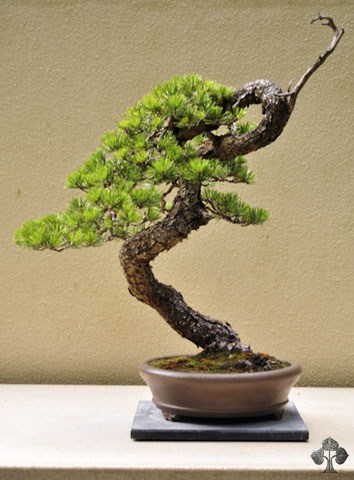 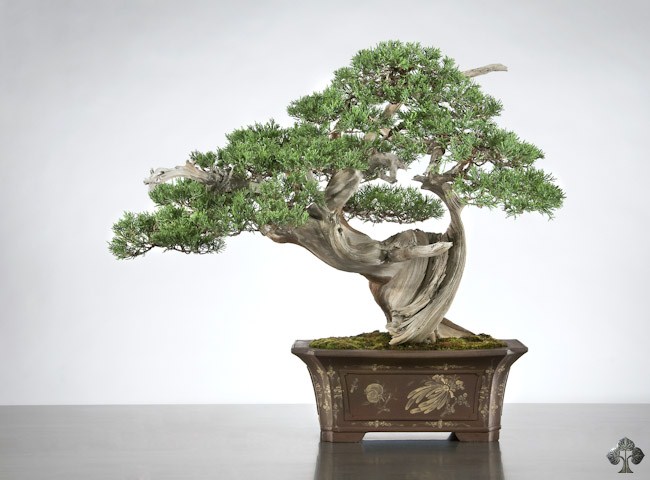