My life in Bonsai began in Pietrasanta, where I live and work. My journey began in the spring of 1988. In those years, the Bonsai art was still on a pioneering level in Italy. Before I start doing this art, I had practiced the hobby of photography. 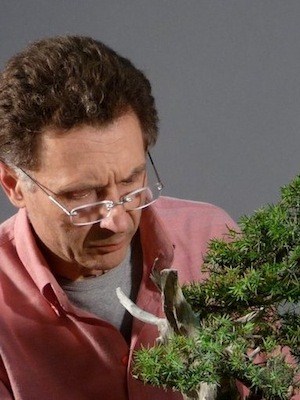 That experience allows me, today, to take photos of my trees at its best. At that time, there were very few books with the basics of technique and aesthetics useful for the cultivation of Bonsai. except what I consider the ABC's of books: "Bonsai techniques 1 and 2" by John Naka. After a few years I found a Japanese magazine who had an Italian version. Finally I could begin to understand what Bonsai really was about. But this was only the beginning of my journey. The world of Bonsai has deeply changed since then. The materials have reached a very high level. Native varieties are often preferred above those of import. I love our native plants, some deciduous but especially broadleaf conifers. I love good Tuscan cypress, that's why I call my Bonsai garden 'The Garden of Cypresses'.

Appeared at these events: various events in Italy

Appeared in these magazines: Art and bonsaitalia Nature, Bonsai and Suiseki Exhibition Magazine

In the nineties, I contributed to the birth of the IBS from which after two years I went out to keep doing Bonsai in private with the friends of the club (Versilia Bonsai Club) of which I am one of the founders.

But in the nineties, another important thing took place in my Bonsai path: the display of Bonsai trees, especially tables. I immediately realized their importance for the overall display. I have worked for over forty years with wood and these skills allowed me to build tables with professionalism and mastery. My tables are built in the traditional manner using essences that are highly praised. Many Italian and European amateurs have tables of mine.

I have helped with the book "The Art of bonsai" by Antonio Ricchiari. I also write for various magazines. I have been awarded several times for my work, especially on evergreen species. Years ago I red a book where there was a quote that said: "Wise is the one who learns and builds from the experience of others". And so I did learn from others, but I always made the Bonsai on my own. But Bonsai is not only making miniature trees. Bonsai is a way of making friends with many people scattered throughout Italy and abroad.

Some of Sergio Biagi's Bonsai trees 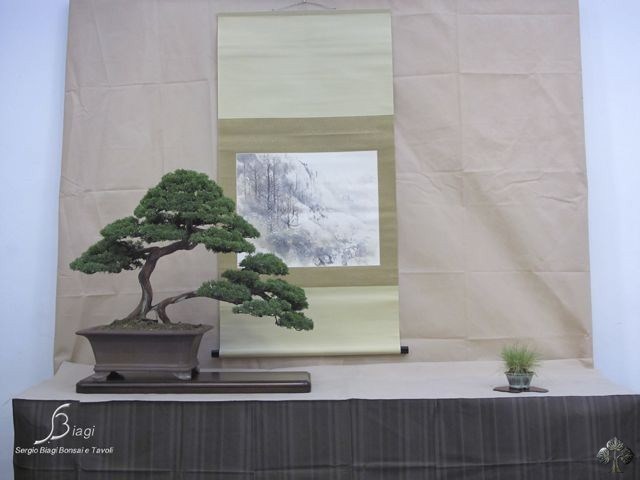 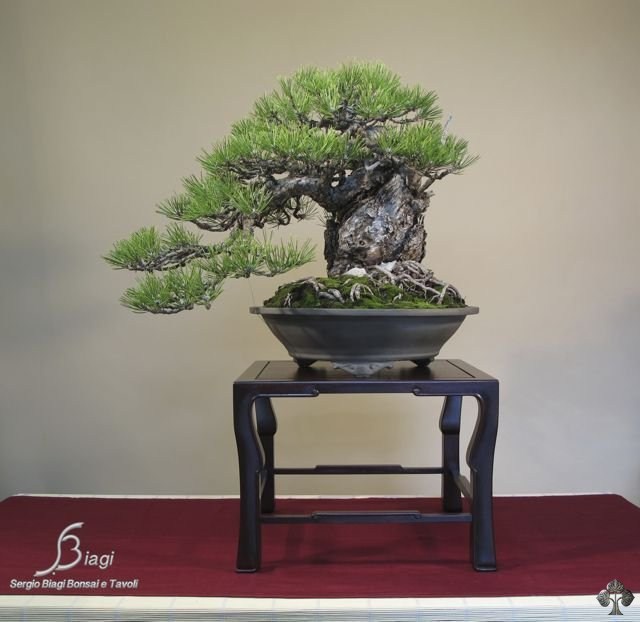 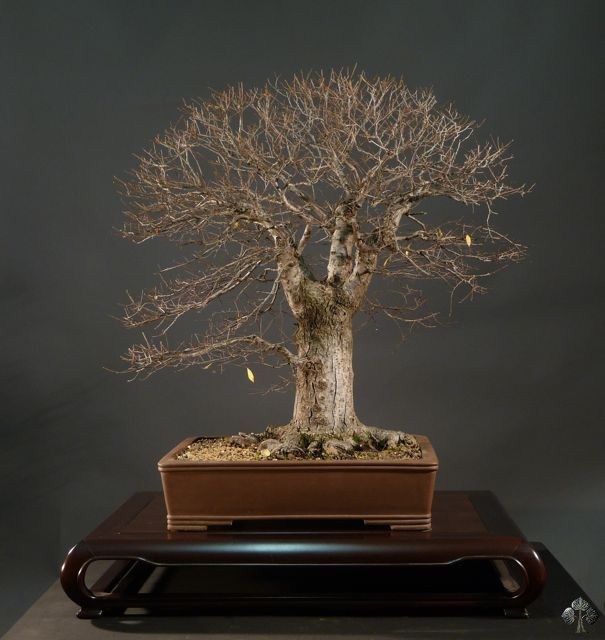