水石 - Suiseki is the Japanese art of stone appreciation, which values aspects like stability, longevity and immortality. Formed through time by wind and water, stones can take several sizes and shapes, reminding us of natural objects. 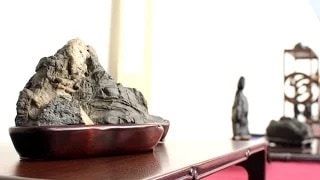 Suiseki (also called viewing stones) are often placed on delicate wooden stands or trays, called daizas and dobans, respectively. The wooden stands serve to display the stones and create an image of harmony. The stones are naturally occurring and unshaped.

Literally translated 'Suiseki' means waterstone, the stones often represent mountains, waterfalls and other natural scenes. The art of Suiseki involves the collection process, preparation of the stone (though not altering their shape or appearance) and appreciation.

Suiseki originates from China (called “Gongshi”, or scholar's rocks) and to some extent Korea (called “Suseok”). The art of Suiseki was introduced in Japan by the Chinese Imperial court during the Asuka period (538-710AD). The art became more popular during the Kamakura period (1183-1333AD) as it gained acceptance with the Samurai ruling class. Stone appreciation was introduced in the west when they were displayed at early Bonsai exhibitions.

Suiseki can be displayed on a shallow tray filled with sand or water, as part of a Tokonoma setting and/or on a wooden stand or table. At most Bonsai exhibitions the Suiseki have a separate display and judging. 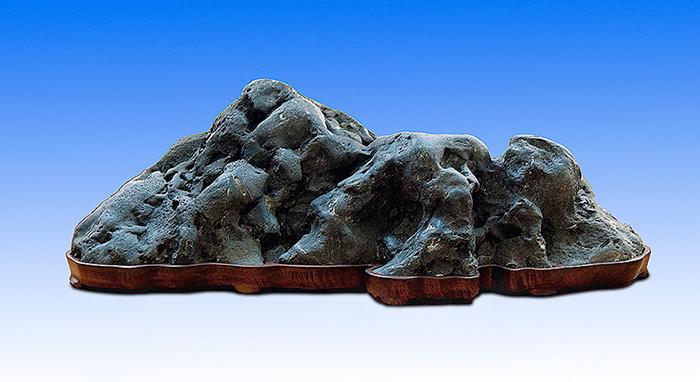