The Bald Cypress is a tall tree with reddish brown bark and soft, needle-shaped leaves which develop a nice auburn colour in autumn before they fall off along with some of the smaller twigs.

The Bald Cypress needs a lot of light and warmth and should therefore be placed in full sun during the growing season. In a warm climate it can be kept outside all year round. In areas with colder winters the Bald Cypress must be protected against very low temperatures as it tolerates hardly any frost when it is planted in a container.

During the summer the Bald Cypress needs a lot of water and if you can't water it often enough during the day it can be a good idea to put the bonsai pot into a shallow bowl filled with water. In winter, when the leaves have fallen, the Bald Cypress needs less water but should never dry out. Continue reading about watering Bonsai trees.

Use liquid fertilizer from spring to autumn every week or every two weeks regarding the dosage instructions. During the growing season solid organic fertilizer can also be applied.

New shoots can best be shortened when they begin to produce lateral ramification. If they are pruned too early, they often die back in autumn. In autumn or early spring branches can be pruned. The Bald Cypress tends to produce a lot of new buds on the trunk, branches and forks. All those buds which are not useful for the design of the tree should be removed at an early stage. Young branches and twigs can easily be wired and shaped, older ones become stiff and brittle. Lowering the branches is done best by using guy wires. Continue reading about pruning Bonsai trees.

Bald Cypresses have strong root growth and the roots become thick very quickly. They are not hard, though, and can be pruned easily. Younger trees should be repotted every two years with root pruning, especially if the growing rootball pushes itself upward from the pot. Older trees can be repotted every three to five years. Continue reading about repotting Bonsai trees.

The Bald Cypress can be propagated by seeds and cuttings quite easily.

Pests and diseases hardly ever attack the Bald Cypress. For more detailed information on these techniques, check out our Bonsai tree care section. 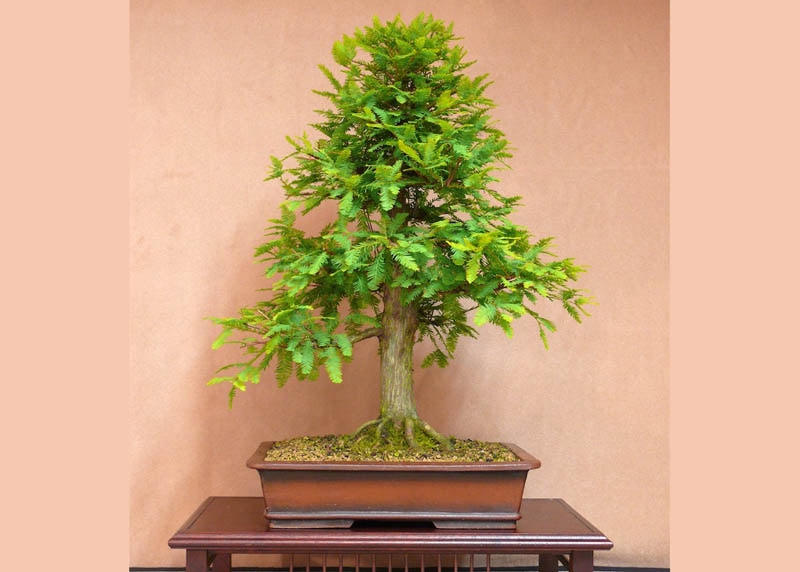 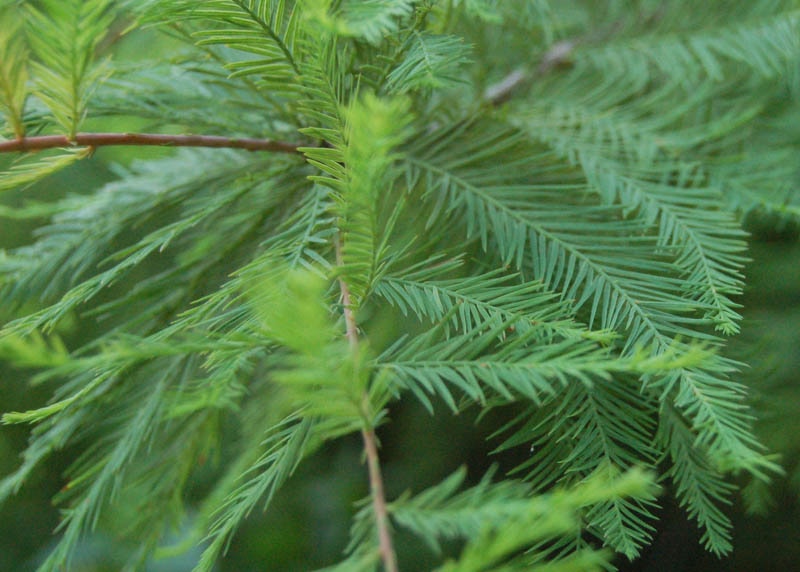 Leaves of the Bald cypress 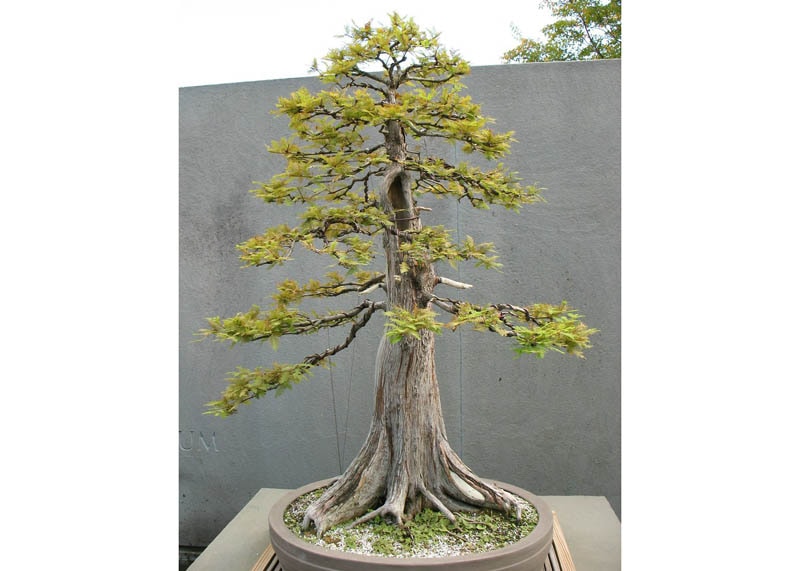 The Bald Cypress is native to the southern states of the USA, Mexico and Guatemala. In Europe it is occasionally planted in parks, where it does not reach the full height of 100 ft (35 m) like in its native countries. The bark is reddish brown, stringy and fibrous when the tree is young and greyish brown and furrowed on old trees. The needle-shaped foliage is light green and soft. The Bald Cypress can thrive in wet soil and even standing in the water. Then it produces so-called cypress knees, woody structures from the root system which appear above the water level. The autumn colour of the leaves is spectacular, developing from yellowish to auburn before the foliage falls off along with smaller twigs.

The Bald Cypress resembles the Dawn Redwood (Metasequoia glyptostroboides) in appearance and both species are sometimes confused with each other. The Mediterranean Cypress (Cupressus sempervirens) is native to southern Europe and does not have much in common with the Bald Cypress. It is seldom used for bonsai. Some False Cypresses (Chamaecyparis) however, which also have little similarity to the Bald Cypress, are popular bonsai plants, like the Japanese Hinoki Cypress (Chamaecyparis obtusa) for example. If you need help identifying your tree, take a look at our Bonsai tree identification guide.