The Japanese Holly is native to east China, Japan, Korea and Taiwan. It is an evergreen shrub with small leaves, tiny white flowers and black fruits which tolerates constant pruning very well.

The Japanese Holly is an outdoor plant and should be placed outside all year round. It needs a lot of sunlight, but as a bonsai it is better to place it in semi-shade during the hottest summer days. Protect the Japanese Holly from strong frost when it is planted in a bonsai pot, and shelter it from strong winds in winter. A cold frame would be ideal in the coldest months.

Don't let the Japanese Holly dry out completely. Water it thoroughly as soon as the soil surface gets dry. Continue reading about watering Bonsai trees.

New shoots are shortened to two leaves after four leaves have developed. Stop pruning in early summer if you want flowers and fruit to develop. Wiring is best done from late spring to summer. The branches are quite brittle, so bend them with care. Take care to protect the bark as it easily gets scarred by the wire. Continue reading about pruning Bonsai trees.

Repot every second year in spring with root-pruning. The ideal time to repot is just before the tree starts growing in early spring, around the time the buds are about to open. A suitable soil mix is Akadama, pumice and a little humus. Continue reading about repotting Bonsai trees.

The Japanese Holly can best be propagated with cuttings. You can take cuttings from semi-hardwood branches at the end of summer. Growing from seed is possible, but it can take two years before the seeds germinate.

Spider mites, leaf-miner moths and vine weevil can attack the Japanese Holly. Treat those pests with specific pesticides. For more detailed information on these techniques, check out our Bonsai tree care section. 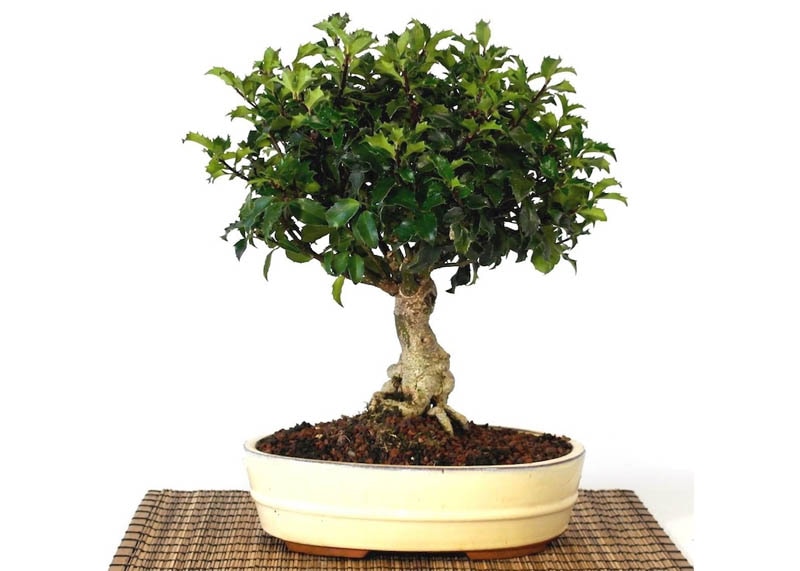 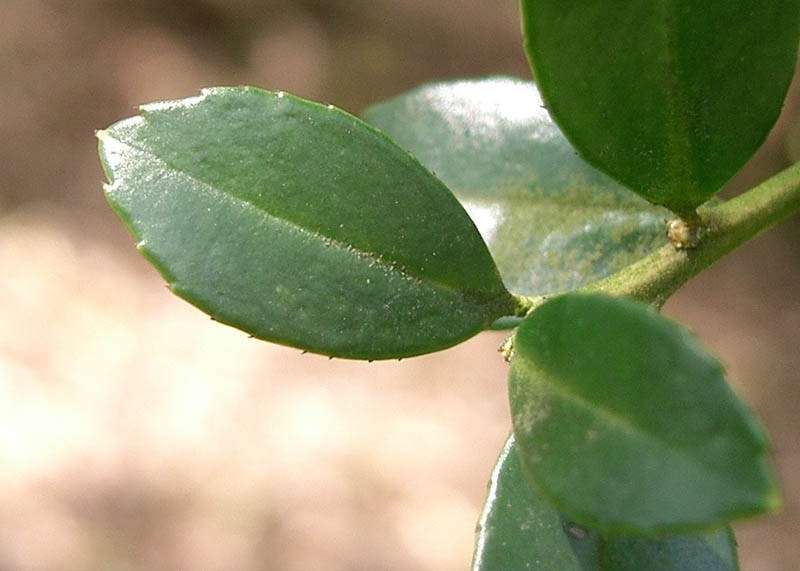 Leaves of the Japanese holly 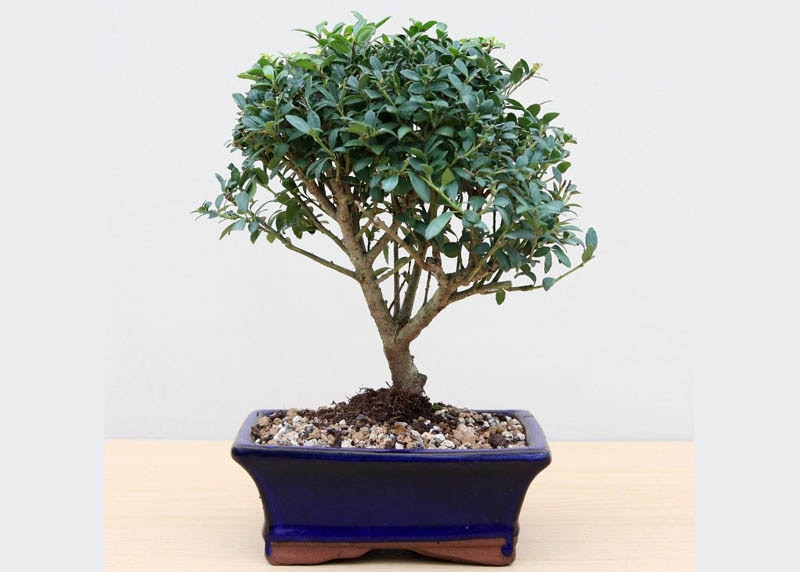 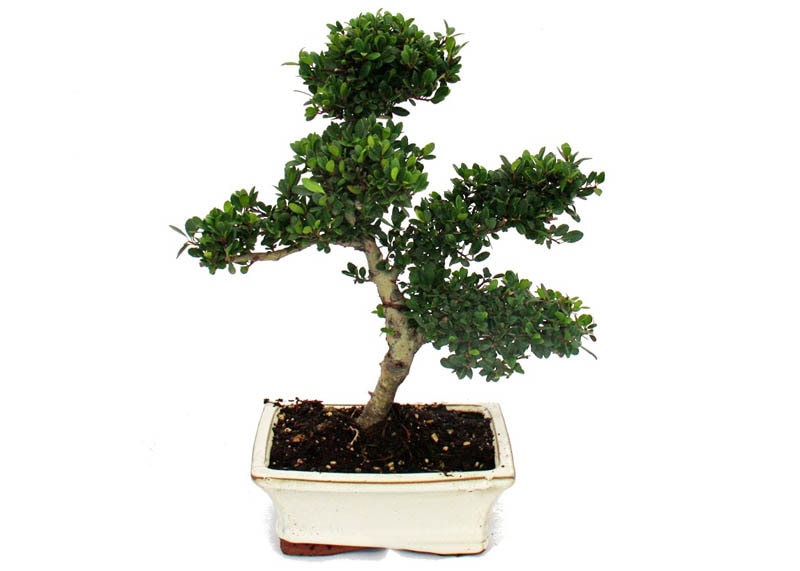 It is very suitable for shaping dense hedges and is sometimes mistaken for boxwood (Buxus sempervirens). The Japanese Holly has small green leaves and produces tiny white flowers and small black shiny fruits. Fruits will only develop if there are female and male trees near to each other and flowering at the same time. The Japanese Holly is quite popular as a bonsai species. Sometimes it is sold as an indoor bonsai but it does much better outside and needs a cool place in winter. It is frost hard when planted in the ground, but in a bonsai pot it should be protected from strong frost. The cultivar Ilex crenata 'Convexa' grows even more compact and has domed leaves. Other known Ilex species used for Bonsai include the Ilex crenata 'Stokes' and Ilex crenata 'Ivory Tower'. If you need help identifying your tree, take a look at our Bonsai tree identification guide.