Why do we wire?

Using wire, both aluminum and copper, for Bonsai art design is a relatively recent practice, dating from the 20th century. Before the advent of wire, string and rope were used to aid in the aesthetic design of Bonsai. The use of such rope for binding and manipulating plant material likely dates from the Heian period (794-1185AD) and was first used for the maintenance and design of larger garden plant material known as niwaki in Japanese.

In modern Bonsai design, wire is used for two specific purposes – for developmental reasons and for purposes of exhibition. Depending on the goal, immediate or long-term, Bonsai should be wired accordingly. It is not so much that the physical application of wire varies depending on the intended goal (though less is more when exhibiting), but rather that the placement of branches after the wire is applied differs. 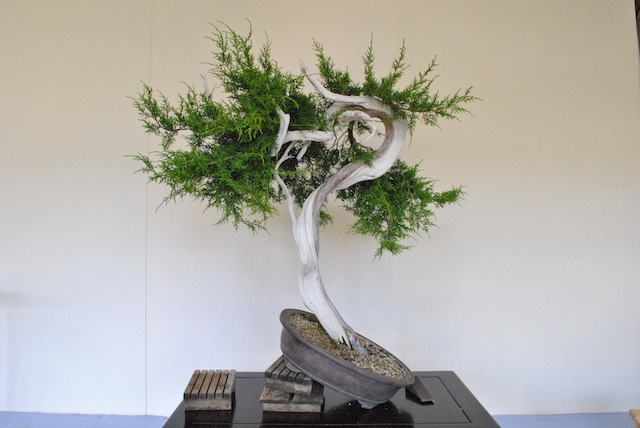 Image 1 - Shimpaku before wiring; notice the slight upward growth of the branches which shades out the inner growth; by using wire to push these branches down and fan them out, light and air can better penetrate to the weak inner buds and leaves 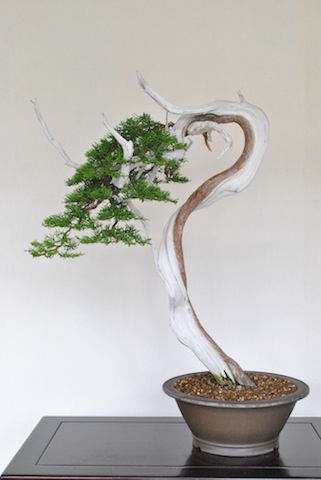 Image 2 - Shimpaku Juniper after initial basic wiring - all branches have been pressed downward and fanned out, which will allow strengthening elements such as light and air to reach the inner areas of the tree 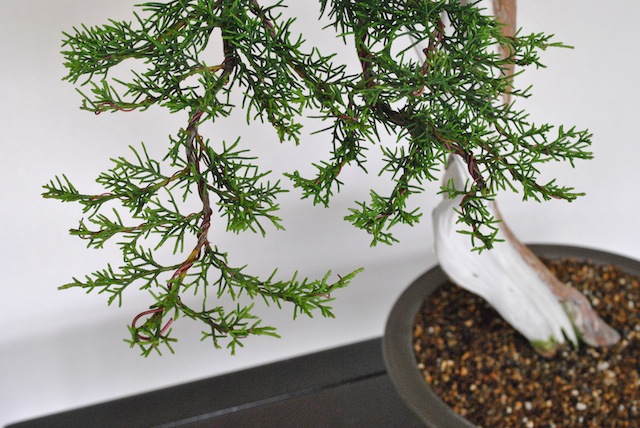 Image 3 - Fanned out branch after wiring for the first time - This particular approach to wiring and branch placement is the fundamental first step in developing healthy, well-designed Bonsai

Wiring; Back to the Basics

The most important element of any Bonsai. deciduous or evergreen, is the inner growth or the weak inner buds and leaves. Without these necessities, there would be no location to cut back to and the branches would continually grow outwards, creating a leggy-effect and eventually rendering the tree useless as a Bonsai. Of course, in that instance grafting techniques may be employed to aid in the size reduction of the Bonsai. but why not avoid this altogether?

The question then becomes, “How do we promote and strengthen those weak inner buds and leaves?” There are several techniques, differing for deciduous and evergreen plants, that may be used to strengthen the weak areas of the tree, but all are based around the same basic principle – allow light and air to reach the inner parts of the plant. For example, with deciduous trees, outer canopy defoliation may be employed to allow light and air to reach the inner, weaker areas. And again with evergreen species, removal of old foliage (such as needle-plucking) can be used to the same end.

Another great technique is wiring the branches in a manner that promotes the exposure of inner buds and leaves to these strengthening elements. We will use Shimpaku Juniper here as an example, but this technique may be applied to really any species of tree. When wiring Shimpaku, particularly in the early developmental stages of the tree as a Bonsai. it is beneficial (and standard basic practice) to wire each branch or pad in a fanned-out, hand-shaped manner. By doing so, each branch will be better and more fully exposed to sunlight.

In addition, when Bonsai are left unwired for an extended period of time, their branches naturally tend to grow upwards, which in turn shades out the inner areas and, if left unchecked, will eventually weaken and kill those buds and leaves. Therefore, when wiring trees for developmental purposes, forcing branches downward will also better expose each to light and air. For trees that are lacking inner leaves or visible buds, wiring in this manner will often encourage the activation and growth of dormant buds (known as doubuki in Japanese) further back towards the interior of the plant. These will eventually become the necessary cut-points for new branches as the outer branches grow too long and leggy. Thus, we are able to maintain the compactness of Bonsai over an extended period of time. Using the right Bonsai tools and equipment will help significantly wire trees properly.

It is best to employ this type of wiring and design to your Bonsai in the developmental stages (or in the event that your tree becomes weak), so that the tree may be healthy when it finally comes time to exhibit it sometime in the future, at which point a different wiring approach may be used to make the Bonsai more aesthetically pleasing when shown. 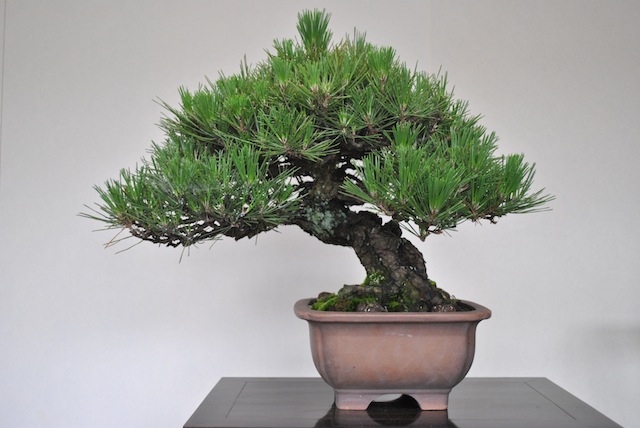 Image 4- Japanese Black Pine before styling; notice that the branches are growing upward, shading out the inner growth; to correct this we will use copper wire to force the branches downward, thus allowing light to penetrate to the inner areas of the tree 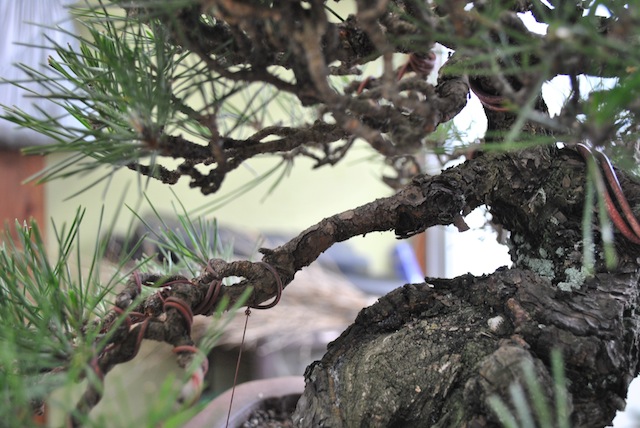 Image 5 - Notice the long branch completely void of any inner growth - the result of neglect; by wiring the branch downward, light is better able to penetrate and potentially activate dormant buds further back on the branch 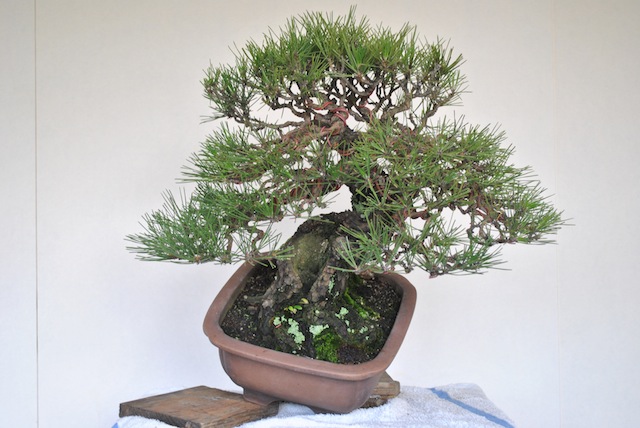 Image 6 - Japanese Black Pine after wiring down the bottom 2-3 of the branches; by forcing the branches downward and fanning them out, light and air can better penetrate to the inner buds

In contrast to the above-mentioned techniques, wiring Bonsai for exhibition purposes does not necessarily consider the health of the inner buds and leaves, but rather favors aesthetic design goals. When preparing a tree for exhibition, branch placement after wiring is designed to give the tree a “fuller” appearance. Typically, Bonsai are designed to be viewed from a single canonical front; therefore wiring for exhibition tends towards making the Bonsai appear fuller from this intended viewing angle. Rather than fanning each branch out in a hand-shaped fashion, branches and foliage may be slightly overlapped or even crossed (though typically not in any extreme fashion) to “fill-out” the tree.

Again, we will use Shimpaku Juniper as an example. Generally speaking, each individual pad on Juniper Bonsai should be designed such that the bottom is nearly straight and parallel with the ground or pot. Of course, this is “unnatural” in appearance; however, we must keep in mind that the goal is to eventually show the tree with limited or no wire on its branches. Therefore, by initially creating a flat-bottomed foliage pad with wire, once the wire is eventually removed for exhibition, the harsh, straight-lined bottom edge will slightly rise and revert to a more natural form while still appearing refined.

The top of each pad should be wired into a more rounded shape, thus giving the tree a fuller appearance. How do we produce this rounded effect? By using wire to lightly overlap secondary and tertiary growth. When actually placing each individual branch or pad, also keep in mind that no two pads should align, either vertically or horizontally. The reasoning here is that, because Bonsai are “small,” branches must all be placed on different visual planes to create visual interest and avoid boring the viewer. Branch placement is in fact very difficult because balance, both of the overall Bonsai and of the individual pads themselves, must be achieved. This understanding of aesthetic design comes with practice and with viewing Bonsai of high artistic value. I suggest using the Japanese Kokufu-ten Exhibition photo albums for reference.

As previously mentioned, Bonsai are typically designed to be viewed from a single front. However, this does not mean that all the foliage should be wired and directed solely to the front of the tree. When walking through an exhibition, one may notice that as each Bonsai is approached and passed, both the left and right sides of the tree are visible as well. Therefore, when wiring a Bonsai for exhibition, we must also consider the appearance of the sides of the tree. Simply forcing all of the growth forward will create the effect that the tree is “hugging” the viewer. To avoid this, it is best to fan-out each pad to some degree so that some of the growth moves towards the rear of the tree. This not only eliminates the “hugging” appearance, but also adds visual depth to the composition.

In wiring any tree for exhibition, particularly evergreen species such as Shimpaku Juniper bonsai, the apex is in fact the most difficult part of the tree to design. Typically, a rounded apex is desired because it makes the Bonsai appear older and more powerful. The rounded effect of the apex is created in much the same manner as each individual pad – by lightly overlapping or crossing secondary and tertiary branches using wire. The challenge comes in balancing the apex as a whole. For example, too much growth in one area may cause the apex to appear lop-sided and in turn give the tree an unbalanced appearance.

As mentioned earlier, each Bonsai is typically meant to be viewed from a single “front,” therefore when wiring the apex, a majority of the foliage is directed towards this front angle to give it a fuller appearance. Often, this will create a slightly “bald” look towards the back of the tree. This is absolutely okay when the tree is to be displayed, as this will likely not (and should not) be visible from the front viewing angle. In fact, many of the Bonsai (particularly Shimpaku Junipers) exhibited at the Japanese Kokufu-ten Exhibition have the same “bald-spot” towards the rear of their apexes. 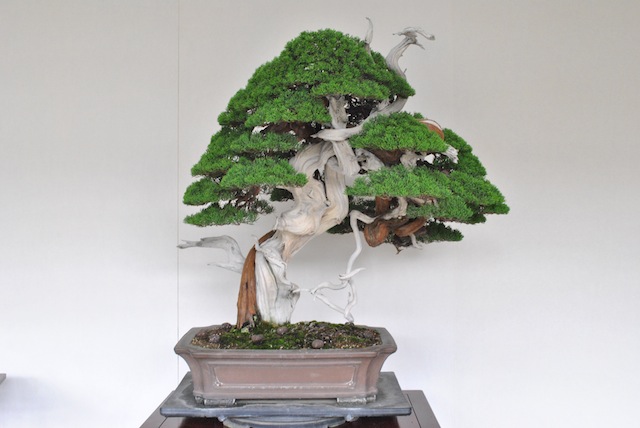 Image 7 - Shimpaku Juniper wired for exhibition - Notice that all pads are flat-bottomed and rounded on top; in addition each pad is placed on a different visual plane, both horizontally and vertically 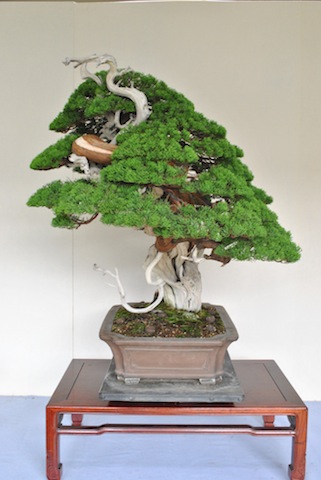 Image 8 - From the side view, notice the foliage pads are fanned out so that they both protrude forward and towards the rear of the tree to create visual depth; this is necessary as both sides of the tree will be visible to viewers at an exhibition

Generally speaking, it is best to apply the most basic wiring and branch placement techniques to Bonsai as early as possible and throughout their development. The health of the tree is much more important than the immediate ability to display it, particularly in the initial stages of the tree’s development as a Bonsai. The process of creating a Bonsai worthy of exhibiting can be long and tedious, but if the proper techniques are employed early, the benefits and rewards far outweigh the time and effort of the caregiver/designer. Written by: Bjorn Bjorholm