As we all know, the basic concept in Bonsai is to make a mature tree in small size; so the smaller the Bonsai is, the more difficult to make.

The reason is because it is difficult to form the ideal ramification structure and the leaves size in good proportion to resemble a mature tree in nature. 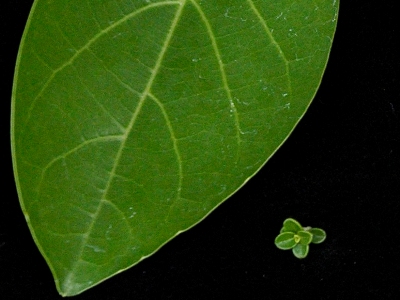 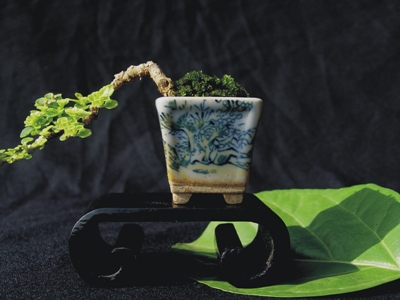 One of the best species to make super mini Bonsai is Premna microphylla because the leaves size can be reduced significantly from its original of approx. 4" (9cm) to only 1/8" (3mm). See the comparison between the original leaves size with the reduced size on the tree. 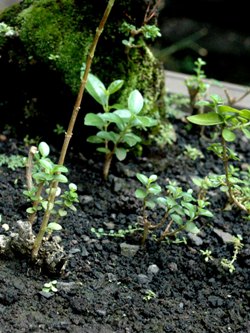 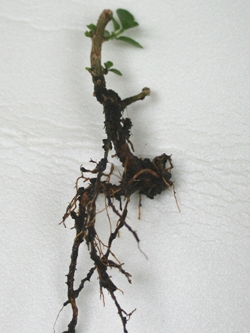 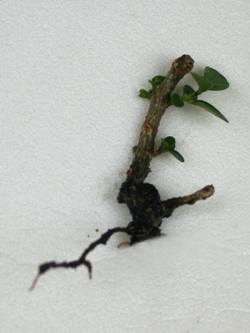 When the new buds are shooting out and look healthy, we can assume the root system is growing well underneath; but the roots may not grow on the expected position, normally rather too far below due to the long cutting which may cause improper style position when potting into the mini container. In this case, we need to take it out and do a root cut, then re-plant it again and continue the programming and styling process. Once the basic form is shaped, it can be removed into mini pot. Extra care is needed for such small Bonsai due to the very limited container, especially to keep the moisture and let the root system growing well.

Good water retention soil is very important, in my case, I use finely grinded volcanic soil mixed with some sticky soil to keep the tree stable, and cover the top surface with green moss. In order to maintain a healthy roots system with sufficient moisture, put them in a tray with about 1/3 inside the soil; or put individually in a larger pot to let the roots growing outside through the bottom hole. However, constant spray is important to keep them moisture. Slow release fertilizer is recommended to keep them healthy. Then, the out-growing roots are constantly cut in order to let the roots also develop in the mini container. 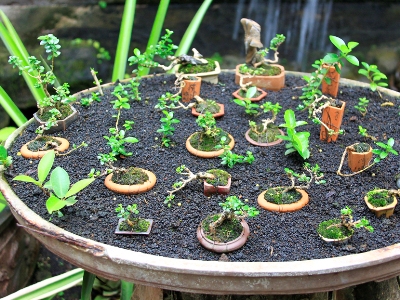 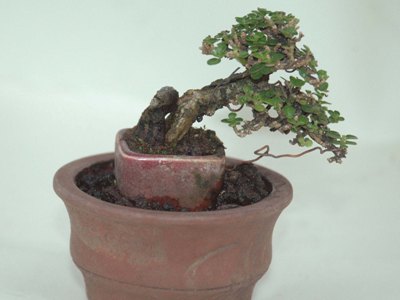 In order to avoid drying out, put them in a tray with about 1/3 inside the soil or put individually in a larger pot to let the roots growing outside through the bottom hole. During the styling, we can use the fine copper wire from the telephone cord, but the clip-and-grow technique is still necessary to form an ideal ramification structure. The most important point in creating super mini Bonsai is the same as large Bonsai. it should resemble a mature tree in nature, and this is reflected from the ramification structure. Otherwise, it will simply look like a grass.

Here are some of the super mini Bonsai from Robert Steven’s collection. They are all Premna microphylla with the size of approximately 1" (2cm). 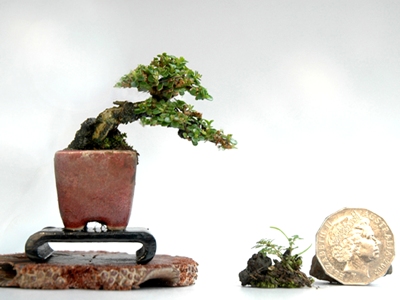 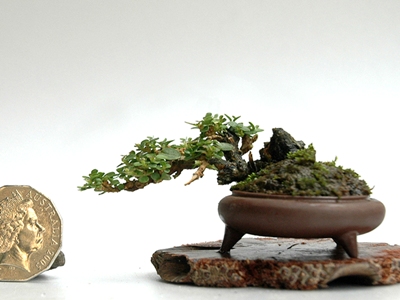 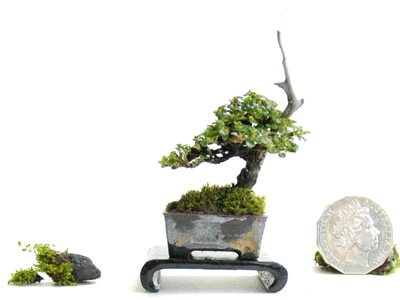 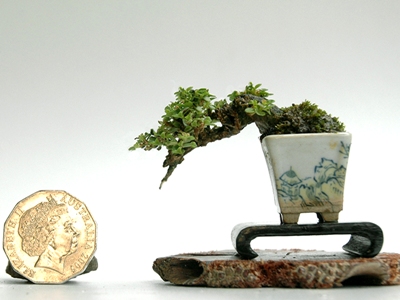 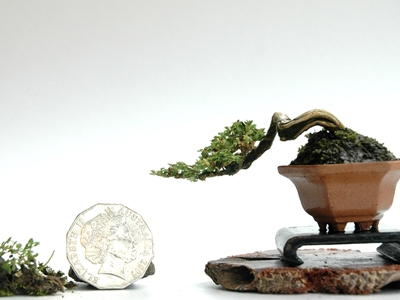 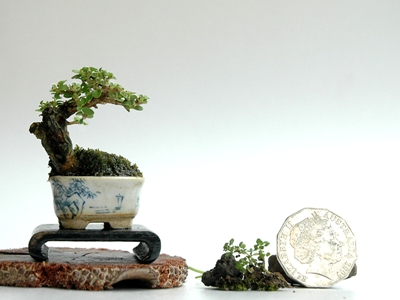 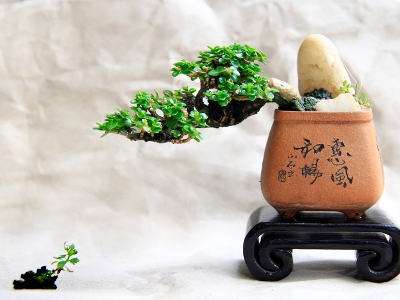 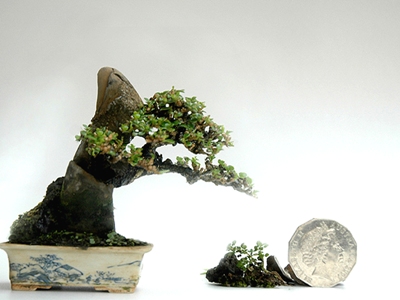 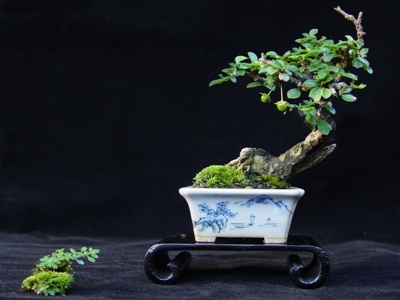 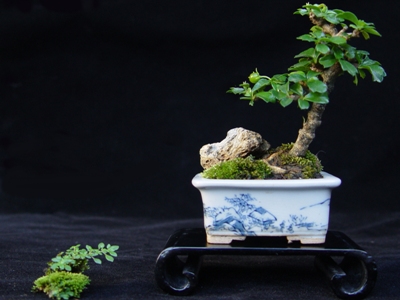 Written by: Robert Steven - Indonesia. "Bonsai artist, collector and teacher who is traveling intensively around the world giving lectures, demos, workshops and judging. Own his permanent Bonsai display center in Jakarta, Indonesia with over 500 Bonsai collection and has won more than 200 awards in national and international contests. Well-known with his aesthetic and artistic approach in Bonsai art. His books “Vision of My Soul” and “Mission of Transformation” have become best-sellers Bonsai books. More information on his profile and Bonsai creations can be viewed at his Bonsai artist profile; Robert Steven."