In this article we share the main Bonsai events organized yearly in Japan. The level of Japanese Bonsai is superb, as can be seen in this video on the national Bonsai museum in Saitama. 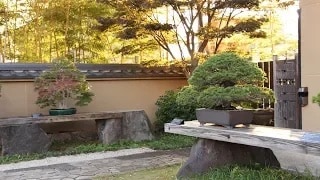 Throughout the year several Bonsai, Shohin and Suiseki Exhibitions are held in Japan. The most important exhibition is the Kokufu-Ten, where the highest quality Bonsai trees of Japan are displayed. The exhibition is held in Tokyo in February. Another key event is the Taikan-ten, held each November in Kyoto. For Shohin lovers the most important show is the Gafu-Ten, also held in Kyoto in January.

In this article an overview is provided of the yearly main events.

Bonsai shows and events in Japan

Omiya Bonsai festival, Omiya. Held early May.
Satsuki Festival, Kanuma. Held late May, when the Azaleas are in full bloom.

Continue reading about events in Japan