How a Samurai became Bonsai

In this article Melanie Walzer discusses the tree's progression and the artistic considerations made when Nicola Crivelli styled it. “Lone Wolf with cub” has won the first prize at the Swiss Bonsai Award in 2012.

When I visited Nicola for a Workshop in April 2013 I stopped in front of this tree and gasped at the sight of such beauty and elegance! This tree has such a powerful presence that it gives you goose bumps! Well, this is what happened to me when I first saw this tree live and although it’s about 3' (90cm) tall and was standing in the middle of other beautiful much bigger trees, in my eyes it was the only one with such a presence. Now I can understand why Nicola was so inspired by a Samurai. 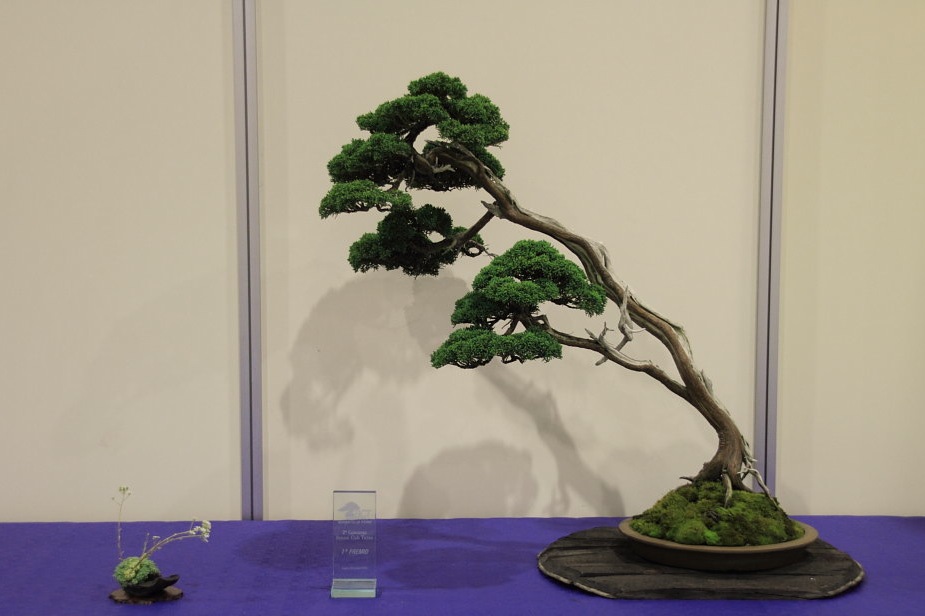 This Shimpaku juniper was first presented in March 2007 at the members of Sakka Kyookai Europe for a demonstration which was held in three parts: presentation of the material, the working process and finally presentation of the finished plant explaining the work done.

This nursery Shimpaku has a very slim and elegant trunk with second trunk and lots of dead wood (shari) very typical for this kind of juniper. While going up the trunk it became coarse and heavy with a cylindrical section that had to be thinned out to give more taper.

The options for the raw material / nursery stock

The first one was to eliminate the second trunk and most of the upper part, instead of keeping a branch that would be divided in two in order to have a first trunk and apex, which would cause most of the elegance of the trunk to be lost.

The third and final option was to keep both trunks thus increasing the elegance and slenderness of the tree. With this angle the nebari is visible and gives the tree stability, part of the deadwood can be highlighted as can be the living veins. 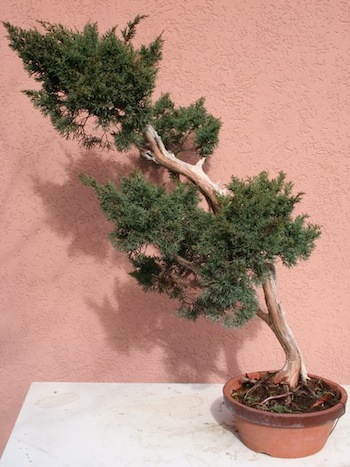 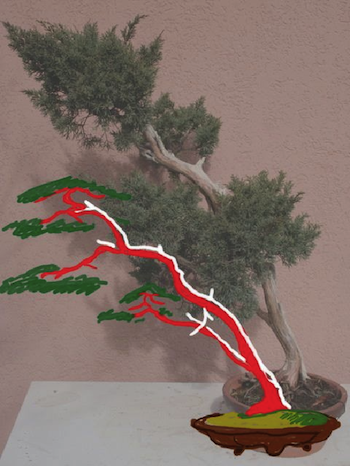 The raw material and option 3. 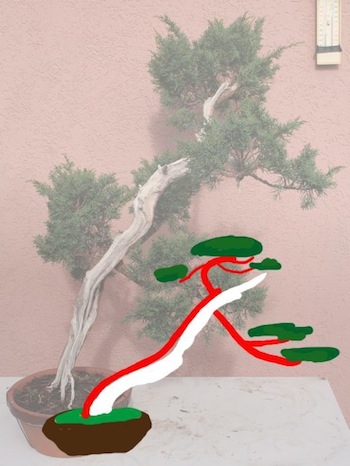 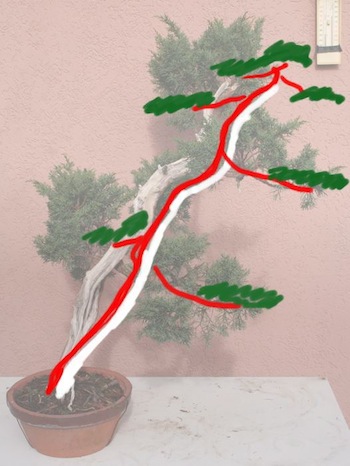 Option 3 is selected and work starts on the Bonsai tree

In January 2010 was time to work this juniper again. First work was to clean up the dead wood, then restyle the foliage and in March 2010 the tree was repotted in a smaller pot and finally in February 2012 in his final pot. 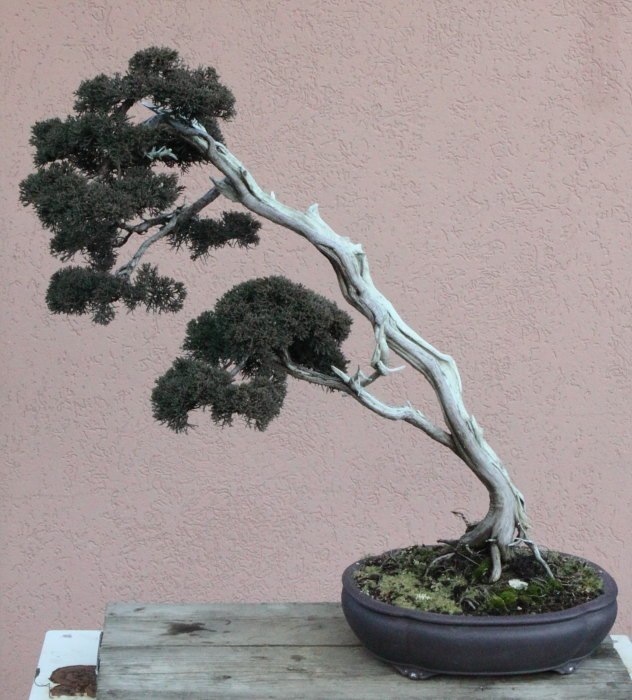 The inspiration, as mentioned before, was a Samurai. But not “just” a Samurai, it was the famous manga figure of Itto Ogami and Daigoro which tells the story of a Ronin, a contract killer, a Shogun’s executioner who uses a battle sword. Disgraced by false accusations from the Yagyū clan, he is forced to take the path of the assassin. Along with his three-year-old son, Daigorō, they seek revenge on the Yagyū clan and are known as “Lone Wolf and Cub”. 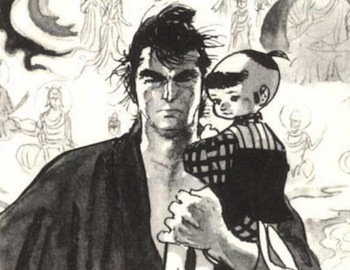 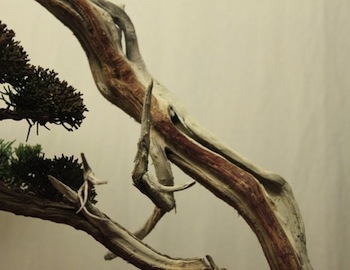 In the final preparation Nicola chooses a simple plain wooden plate to exalt the inner simplicity of the character and the jin of dead wood symbolize the sword of Itto. I am sure we will see a lot more of “Lone Wolf with cub” in Shows now that it’s finished and I hope you will appreciate it as much as I have.

By: Melanie Walzer. "I met Nicola at his workshop in April. I knew him only from the Network Media (Facebook and his blog) so I really had no idea what to expect. The only thing I was sure of was his artistry, that means he can be a very extroverted kind of guy with lots of confidence or more introspective and quiet. Well, I find him to be more on the quiet side, which is positive for a frisky person like myself." Visit Nicola Kitora Crivelli profile here.