The Beautiful Face of Ugly

It’s amusing how sometimes what in nature would be considered bizarre and grotesque, to us in Bonsai, is something beautiful that gives our plants a special charm. In 2006 I had the opportunity to purchase this very interesting araki pine, (Pinus sylvestris), collected the previous year in France.

The Pinus sylvestris had successfully overcome the stress of harvesting and was already showing signs of strong apical buds with excellent vigor, and as a result of pruning, buds were developing back on the branches now exposed to light and air. The material impressed me immediately for its distinctive features were almost like a Juniper bonsai tree —the twisting trunk with many interesting curves from the base to the apex. Additionally, pine trees from this plateau in the center of France have a very rough bark, grayish in color, and green/blue needles, very different from their Italian cousins, with bark and needles of darker color. 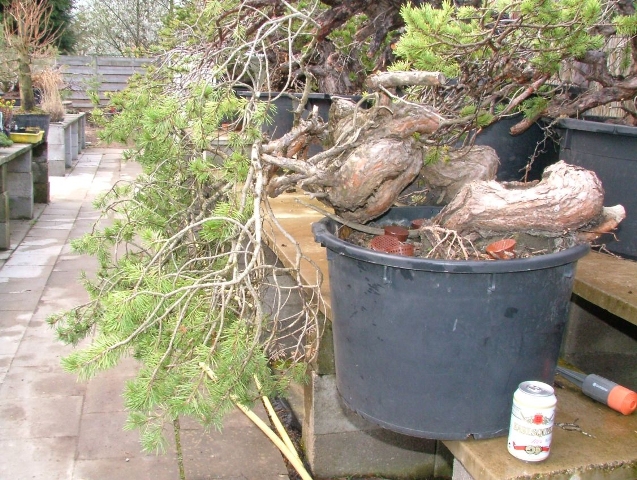 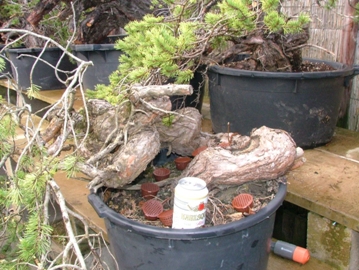 The pine tree at the time of purchase. 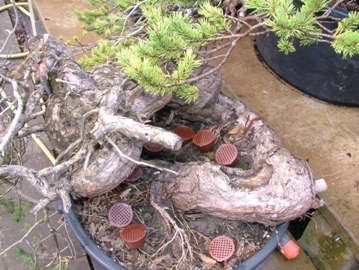 In the spring of the following year the conditions were favorable to work on the tree and to compact the long branches. In nature, these plants grow in a soil composed primarily of clay, so poor in nutrients that growth develops in a mushroom shape, entirely covering the branches, and creeping low as possible to the ground to decrease the evaporation of moisture from the surrounding soil area during the summer.

Sometimes it is helpful to use computer technology to create small sketches to assess the various options that the material presents to us. In this case analyzing a change of angle of the plant provides two interesting plans to be developed over time. 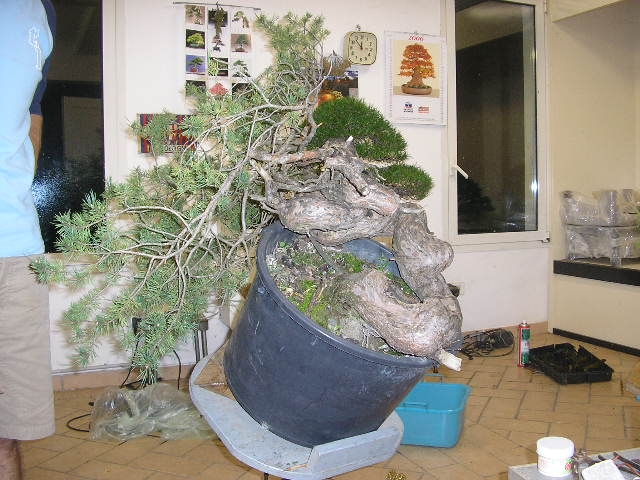 We study the new tilt at the time of initial analysis. 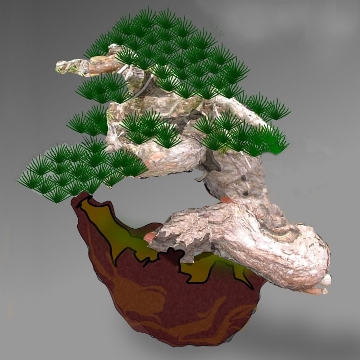 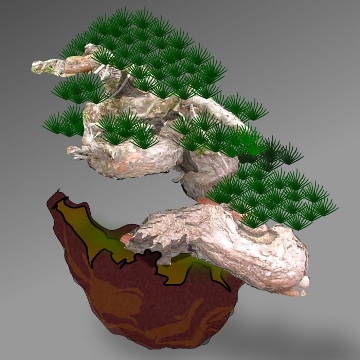 What is important then, as the first step, is to bring back the long branches closer to the trunk so that in the future, by working with secondary and tertiary branching, you can easily rebuild the foliage on your Bonsai. In these cases, I prefer the use of raffia, because during the bending phase, when the branch is subjected to considerable stress and tension, thoroughly soaked, wet raffia helps protect the bark, and in post-bending, keeps the branch from the dehydration that could be caused by micro-cracks of the bark that naturally occur during this delicate operation. 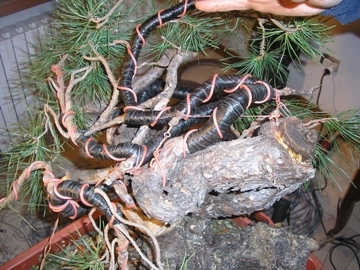 The correct application of raffia and copper wire to the winding branches, now ready to be bent into position. 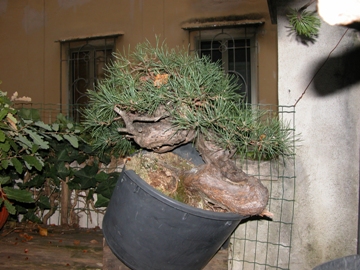 The tree after the work to compact the branching, Fall 2007.

In the fall of 2008 after the plant had produced abundant vegetation over two growing seasons, it was time to work on the fine structure of the branching and to finally bring out the whole movement of the trunk, that until then had been partially hidden by vegetation. Each individual branch is carefully wired and bent into place to create orderly foliage pads and create an overall plan consisting of negative and positive space that shape the movement of the plant. 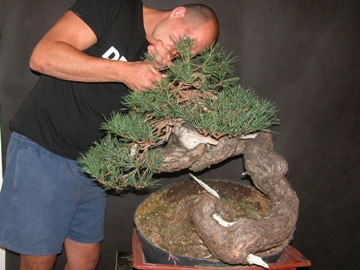 Fall 2008, the vegetation that has developed in the meantime is styled thoroughly. 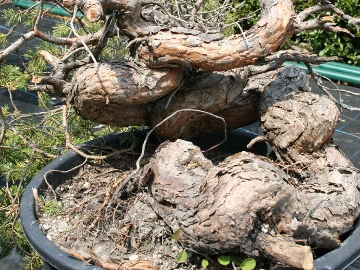 Detail shot of the Bonsai trunk. 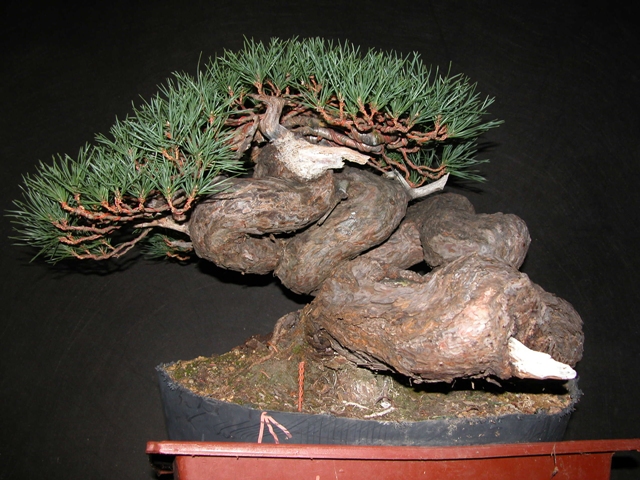 The peculiarities of the twisted trunk are fully evident. 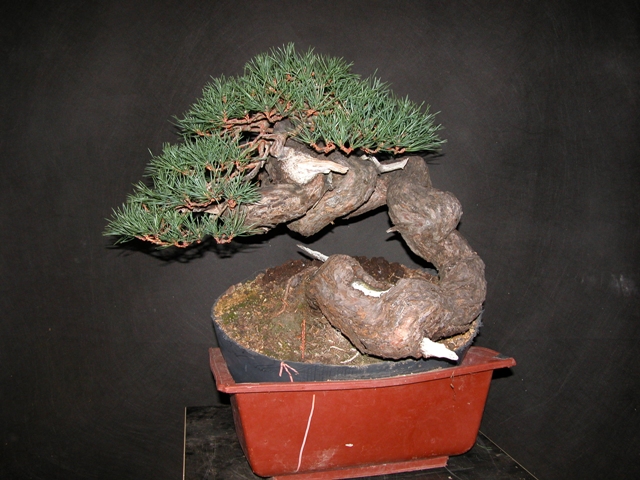 A close-up detail shows the branches completely wired and put in the correct position. The secondary branch opens up like a hand, while the small buds of tertiary branching are raised in order to receive the light correctly and in order to provide three-dimensionality and depth. 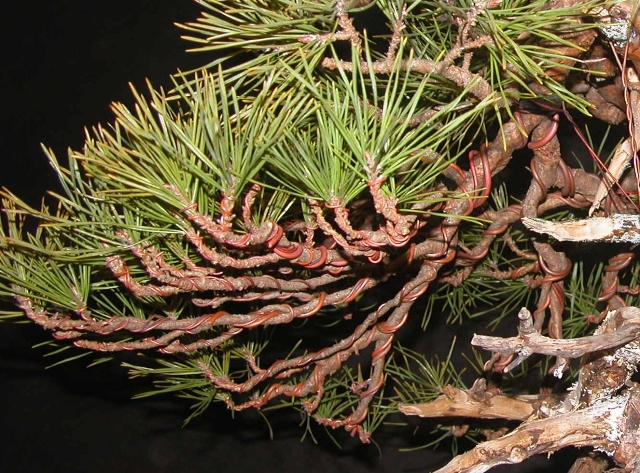 A detail of the wired and bent branches seen from below.

The tree, shown in the fall of 2009 after further development, and how it looks now, expresses the full potential of this Bonsai. It’s funny to think how I’m always attracted to these twisted, ugly, broken trees in my search for the tree of my dreams. To my eyes, features in nature that are commonly regarded as a rather bizarre can be turned into something beautiful, something to highlight in creating Bonsai art. 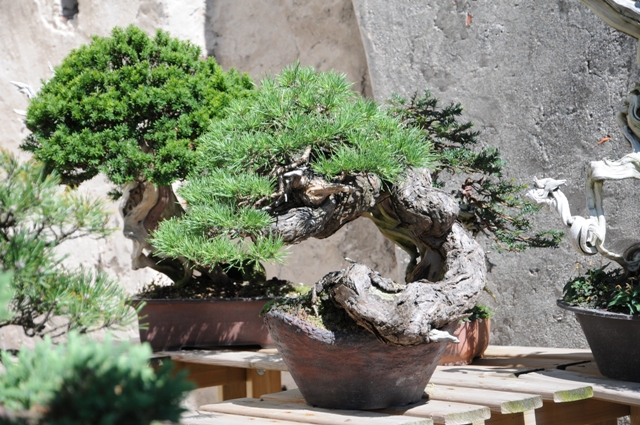 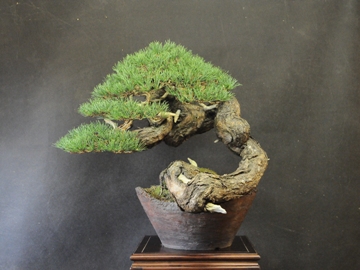 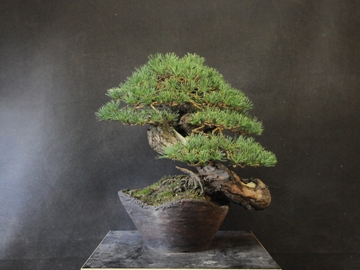 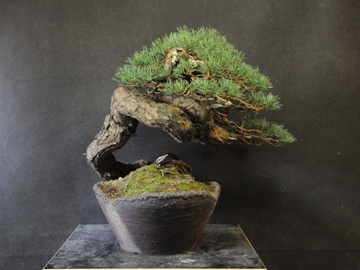 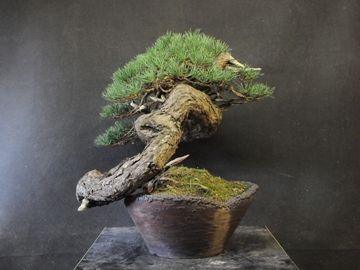 Front, left, back and right views of tree, September 2011.

“For every beauty there is an eye somewhere to see it.”~ Ivan Panin

“As a means of contrast with the sublime, the grotesque is, in our view, the richest source that nature can offer.” ~ Victor Hugo

"Mauro Stemberger was born 1978 in Feltre, Italy, and works as Architect and Bonsai artist. After following workshops with important European Bonsai masters including Hotsumi Terakawa, Marc Noelander, Horst Crekler, Edoardo Rossi and Salvatore Liporace he improved his technique significantly. Mauro was President at UBI and at the moment he is an author at Bonsai magazines like Bonsai Focus, UBI and BCI. He also runs his workshop, see his website italianbonsaidream.com, or check his Bonsai artist profile; Mauro Stemberger. Mauro is also a teacher in several of our Online Bonsai courses.