The trident maple is an Asian maple species with limited frost hardiness. It is very popular for Bonsai because of its nice little leaves, fine ramification, pretty bark and great vigor.

This progression is about a Trident maple bonsai at the upper limit of shohin size (about 25 cm). Good shohin and chuhin Bonsai are very expensive when they are well trained. Now and then however, good raw material is available for a reasonable price and can be developed into nice Bonsai during a few years. 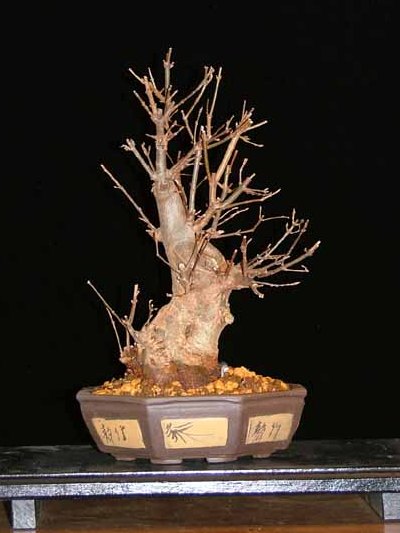 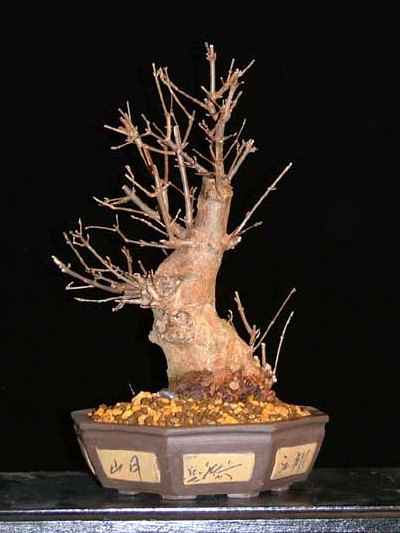 This little trident maple Bonsai was acquired at a German Bonsai nursery in February 2007. It was raw material imported from Japan.

First the branches were selected and wired. 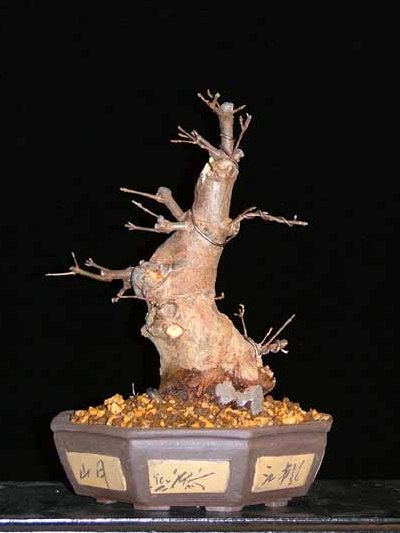 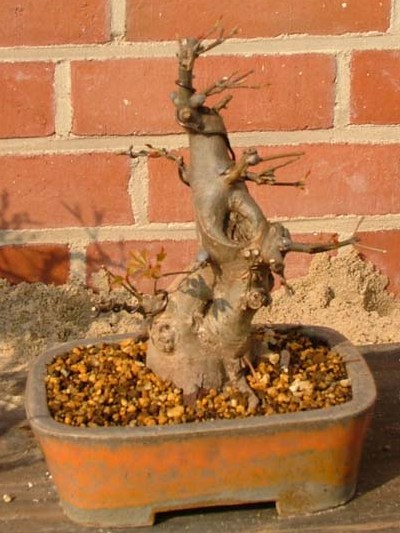 The tree was repotted into a nicer pot in March 2007. 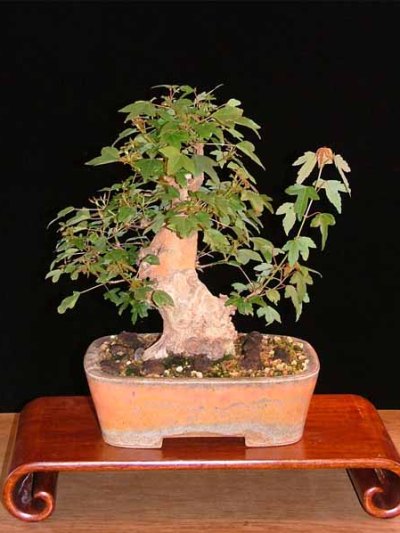 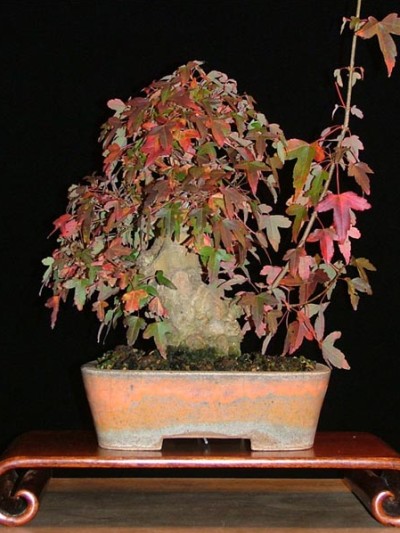 In June 2007 the trident maple had grown nicely. A sacrifice branch was growing in order to make a strong first branch on the right side. 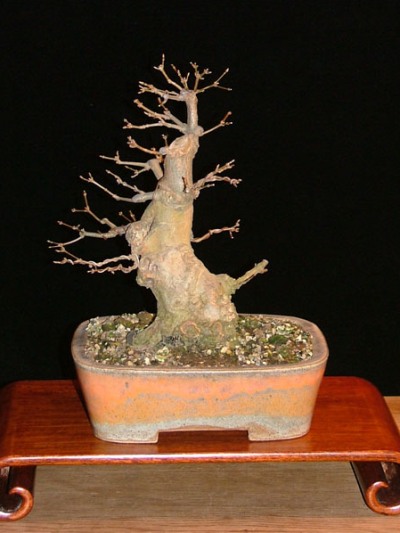 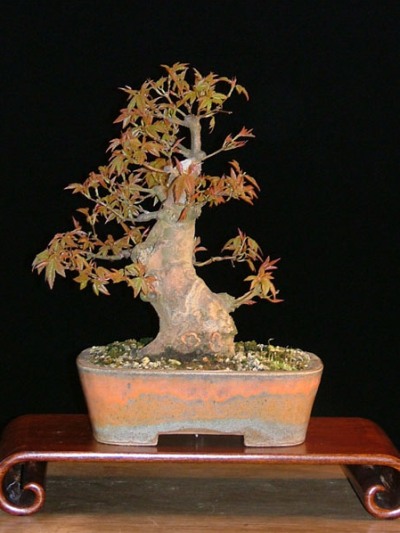 After the leaves were gone it was obvious that the branches on the right side were still weaker than those on the left side.

In April 2008 the new leaves are growing. 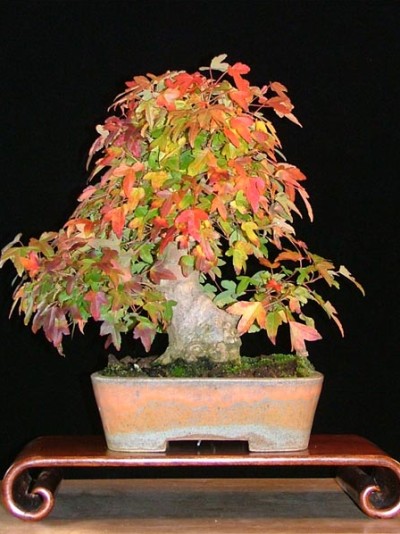 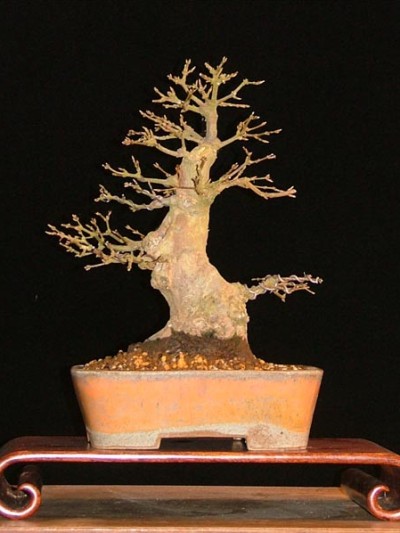 Some progress in the branch structure can be noticed in March 2009. 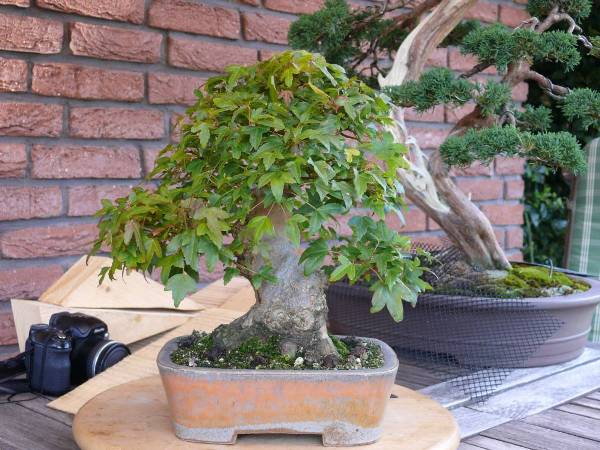 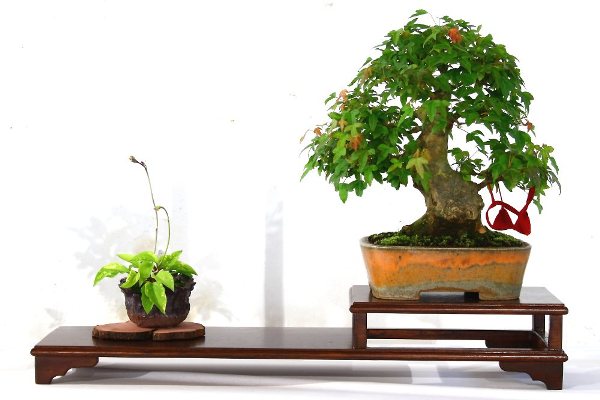 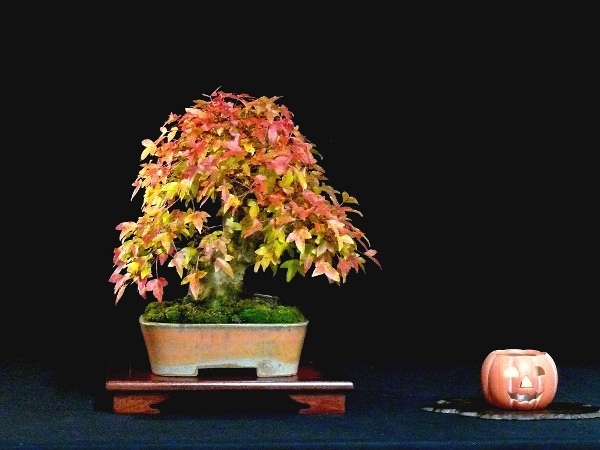 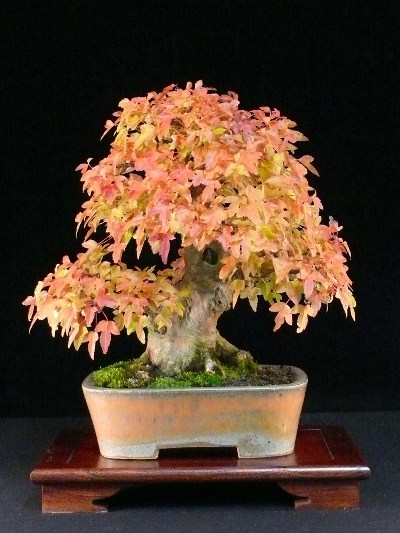 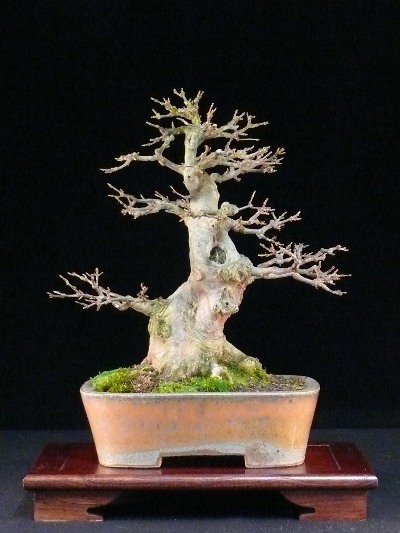 Lovely fall color in October 2012 and without leaves a short time later.