Sean Smith lives in the United States in Marysville Pennsylvania, where he owns and operates Custom Oriental Wood-craft. 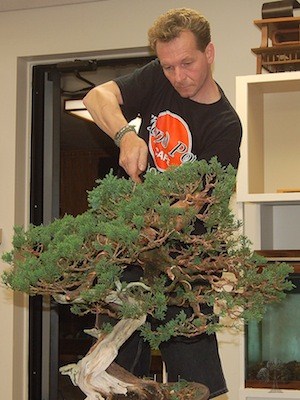 With a passion for Bonsai and Suiseki for over 20 years, and an extensive background in carpentry, Sean took the two, put them together and started his own business in 1994. He makes Bonsai display tables, and carves daiza for renowned Bonsai and Suiseki enthusiasts all over the world. He has lectured on Suiseki as well as Bonsai in the United States and Europe, And is international known for his skills in Bonsai and Suiseki; Sean has won several Suiseki and Bonsai awards.

Awards: Various awards for his Bonsai as well as his Suiseki

In 2001, Mr. Arishige Matsuura, President of the Japanese Suiseki Association, proclaimed Sean the number one daiza carver outside of Japan. In 2003, Sean was the first American to exhibit an American Suiseki in the Japanese National Suiseki Show at the Meji Shrine in Tokyo, Japan. In 2004 Sean was asked by Senji Morimae to come to Japan to study Bonsai and Suiseki at his nursery out side of Tokyo a few weeks a year, and continues to every year. Boarding his knowledge of Japanese related antiques. In 2005 he was invited to study Zen in Daitokuji-in, at the sub temple of Hoshyu-in in Kyoto, Japan. Sean also studied daiza carving in Hamamatsu Japan, with Japan’s leading daiza carver, Mr. Koji Suzuki. Sean was his 1st and only student. In 2007 Sean Studied Kiri Bako making with Japan’s top box maker, Mr.Akira Shiraishi in Tokyo. In 2008 Sean continues as head organizer of the International Stone Appreciation Symposium held every 2 years in Harrisburg, PA. In 2009 Sean got the opportunity to study scroll making, with Mr. Seizi Maruoka, one of Japans leading scroll makers. In 2010 he studied the art of pot repair with Mr.Nakada Tomohide in Tokyo. In 2011 Sean studied the art of Display with Mr. Negishi in Hanyu City, Japan.

Sean is also a contributing editor of many international Bonsai and Suiseki magazines as well as the North American Viewing Stone Society, and the International Stone Appreciation Society and a member of the Nippon Suiseki Association, European Suiseki. And past president of the Susquehanna Bonsai Club, in Harrisburg, Pennsylvania. Also, he is a director of the National Bonsai Federation in Washington DC and the Head organizer for the International Stone Appreciation Symposium held every 2 years since 2002 in Harrisburg, PA.

Some of Sean Smith's Bonsai trees 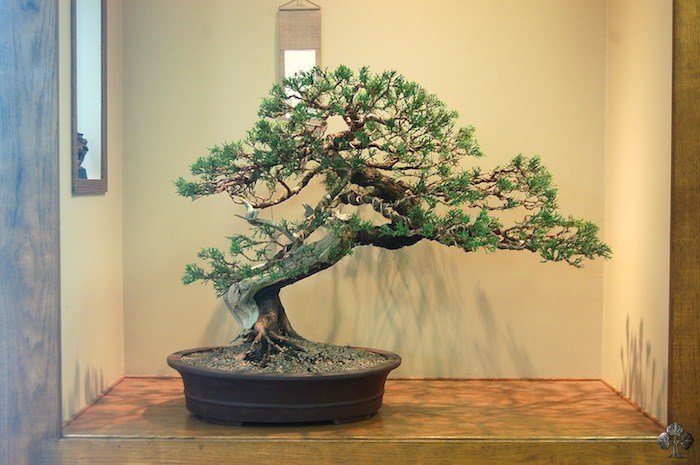