Both species like a sunny position, but they should be placed in semi-shade during the hottest weeks in summer. In winter Redwoods must be protected against frost, especially when they are planted in a container.

During the summer Redwoods need a lot of water and the soil should be kept moist. But take care on the other hand not to overwater them, because this might lead to root rot. Continue reading about watering Bonsai trees.

High nitrogen fertilizer should only be used in spring. During the summer fertilize more cautiously in order not to provoke uncontrollable growth.

A formal upright shape is typical for the Redwood in nature and also when it is styled as a bonsai. Redwood bonsai produce a lot of new buds, especially near scars from pruning. All buds you don't need should be removed immediately. Twigs with long internodes should be pruned in spring before the new buds open. Branches can be wired but they are quite brittle. Working with guy wires to lower the branches is often a better solution. Continue reading about pruning Bonsai trees.

Redwoods should be repotted every two years. The strongly growing roots fill up the pot quickly and soon push the rootball up in the pot. Considerable root pruning is inevitable each time the Redwoods are repotted. The soil must hold enough moisture but at the same time it must be well draining to avoid root rot. Continue reading about repotting Bonsai trees.

Redwoods (both Metasequoia bonsai and Sequoia bonsai) can be propagated from seed and cuttings. Air-layering is also possible.

Redwood bonsai are hardly ever attacked by pests and diseases. For more detailed information on these techniques, check out our Bonsai tree care section. 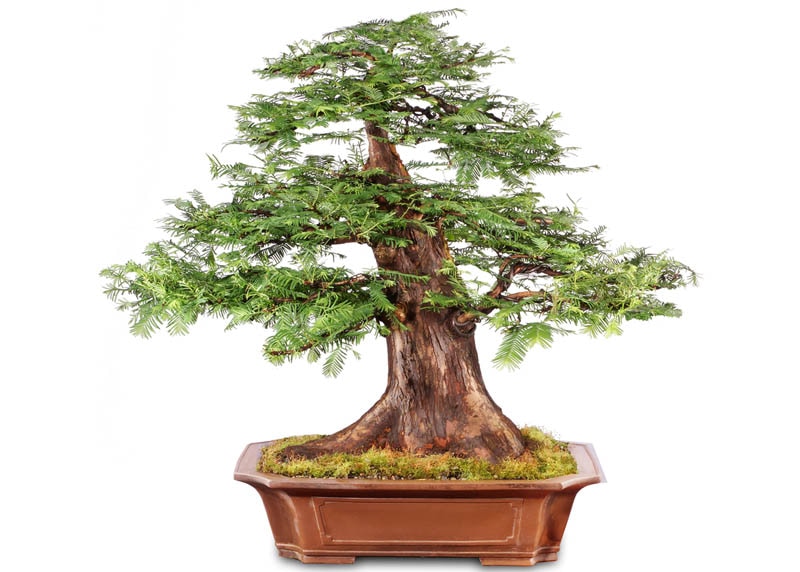 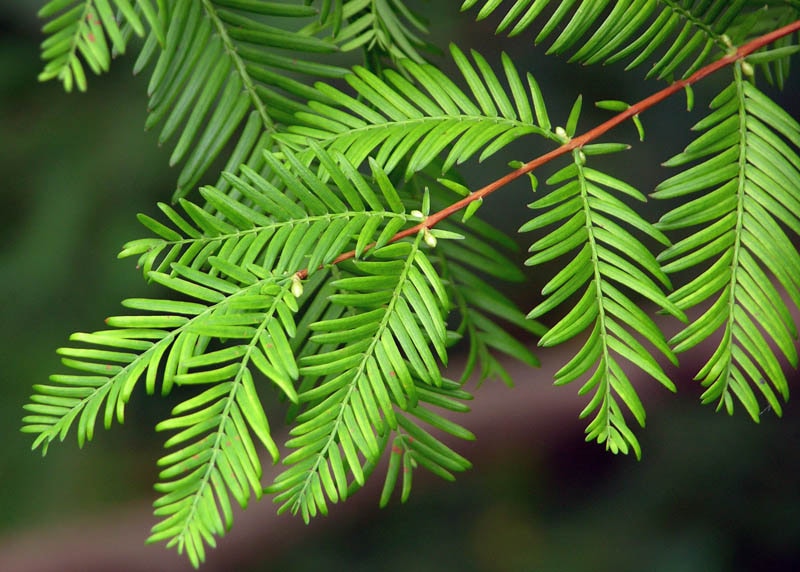 Leaves of the Dawn redwood 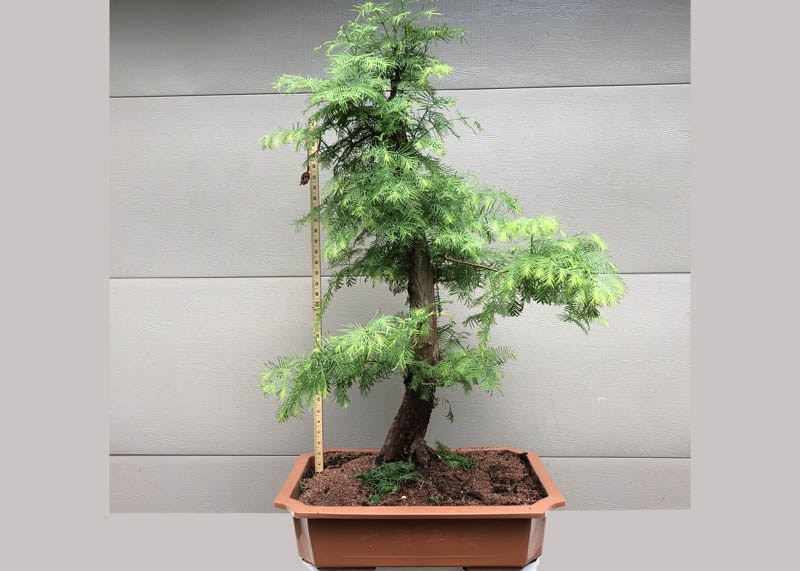 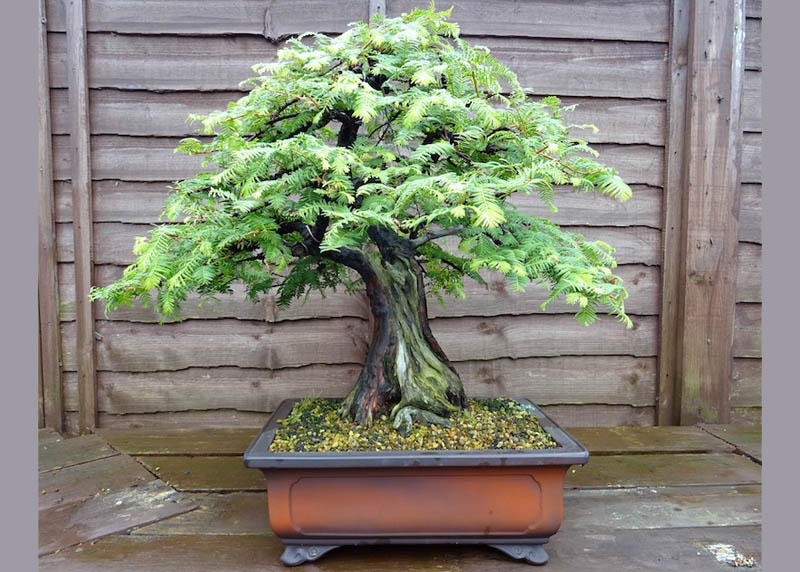 The tallest tree in the world is a Coast Redwood. Both species are suitable for bonsai. The extremely strong Giant Sequoia (Sequioadendron giganteum), however, is seldom used for bonsai. Living specimens of the Dawn Redwood have first been discovered in Sichuan (China) in 1941. Until then they were presumed extinct and only known from fossils. Dawn Redwoods have then been propagated and exported to many countries. They are strong, tall trees with light green needle-shaped foliage that falls off in autumn, a straight, upright trunk and a reddish brown, stringy, flaking bark. The Dawn Redwood is sometimes mistaken for a Bald Cypress, but you can distinguish those two by the leaves, as the Dawn Redwood has opposite leaves and the Bald Cypress alternating leaves.

The Coast Redwood can become even taller and stronger than the Dawn Redwood, some famous old specimens in California are more than 100 m (330ft) tall with a trunk diameter of 7 m (23ft). The world's tallest tree called 'Hyperion' measures 115,60 m (380ft). The Coast Redwood has two types of evergreen leaves, most of them are needle-shaped and on some long shoots scale-like foliage can be found.

Both Redwood species have a similar habitus and small round cones. The Dawn Redwood Bonsai as well as the Coast Redwood Bonsai should be used for relatively large sized Bonsai styles because their strong growth is not easy to control. If you need help identifying your tree, take a look at our Bonsai tree identification guide.