In this video we share fruiting and flowering Bonsai trees. Bonsai in full bloom, or Bonsai growing fruits (like apples or kaki) are a delight to watch! 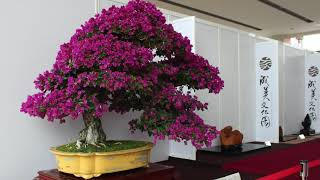 Flowering Bonsai are very popular and fascinate almost everybody. But there are a number of things you must pay attention to if you want to make sure these Bonsai tree species will produce the desired flowers.

In general, flowering and fruit-bearing species are treated and styled using the same techniques as for other Bonsai tree species. But if they don't get enough sunlight, are pruned at the wrong time or too often, grow too strongly due to high nitrogen fertilizer or the soil gets too dry you will be disappointed when no flowers or fruit grow on your Bonsai tree. We have two top-ten articles for more photos: the flowering Bonsai top 10, and the Bonsai fruit tree top 10.

The special aspects to their care are: use special fertilizer for flowering and fruit producing plants (low nitrogen, higher P and K), make sure they get enough sunlight and never let them dry out, especially when the flowers and the fruits develop.

When the tree is in bloom, don't let the flowers get wet because otherwise they will wilt very quickly. Protect flowering trees from the rain, water only the soil and you can enjoy the beautiful sight much longer. Flowering trees can have very different growth patterns which must be considered when you prune your Bonsai tree.

Azaleas (Rhododendron indicum) for example grow base dominant – in contrast to most other species. This means that the lower branches grow stronger than the apex, which should not be pruned too heavily. The flower buds form in summer for the following year, so you should trim your azalea immediately after flowering and then don't prune much more if you want flowers in the next year.

The Japanese flowering apricot (Prunus mume) flowers in late winter or early spring before the leaves emerge. You can shorten the branches after flowering, but you must identify the leave buds and make sure, there is at least one left at the end of the twig. If you cut a branch so short that there is no leaf bud left, the branch will most likely die. Also very significant is the Cherry blossom Bonsai (Sakura).

There are species which flower at the end of the new shoots, like the pomegranate, the bougainvillea, snow rose, potentilla, Chinese quince and the lagerstroemia for example. If you want the flowers to develop then don't trim the shoots until the tree has flowered.

Many tree species flower on short shoots of the previous years, like the crab apple, hawthorn, blackthorn, firethorn and flowering quince. You can shorten the long shoots but take care to leave the short shoots intact. Read more about the Bonsai tree species.

On flowering trees that don't bear fruit, take off all the flowers when most of them have wilted. Azaleas form seeds at the base of the flowers which should be removed along with the wilted flowers.

Birds love to eat the Ilex berries as well as those of many other species, so keep in mind to protect the trees from birds if you want to enjoy the sight of the magnificent fruit on your Bonsai tree. 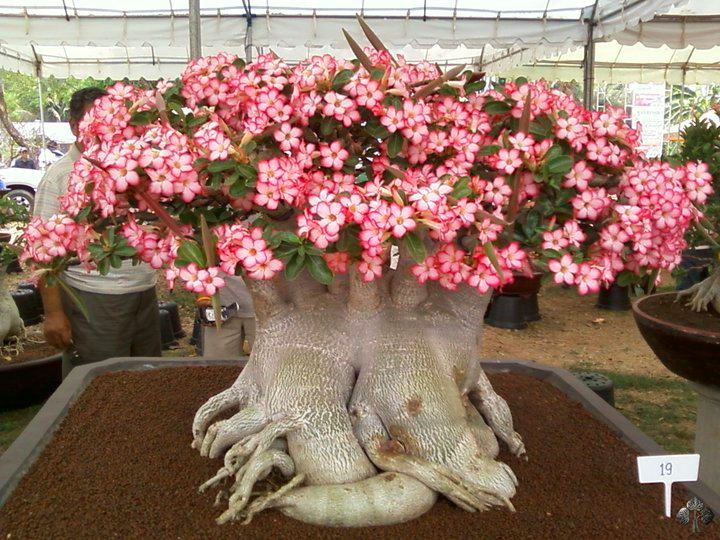 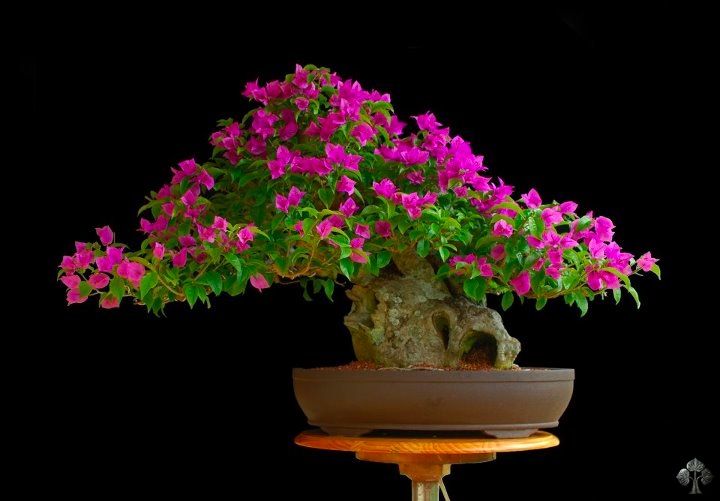 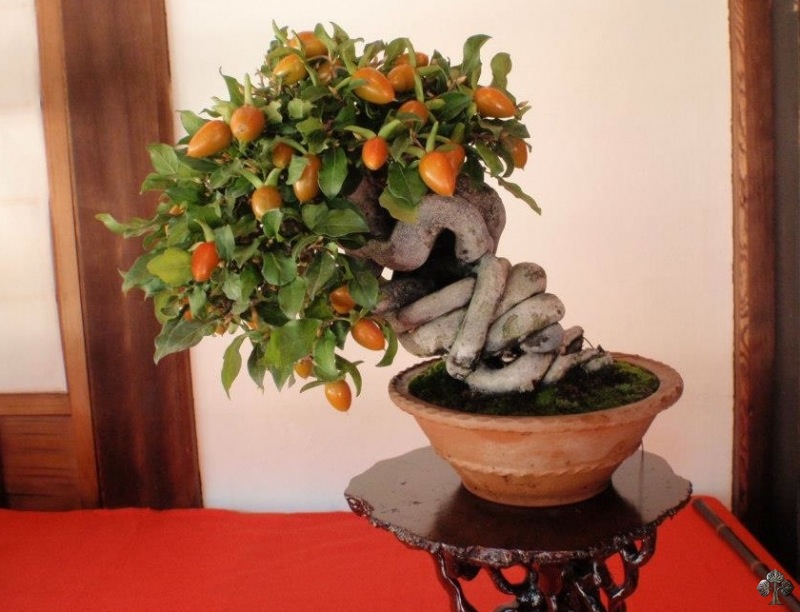 Cool fruits on the tree 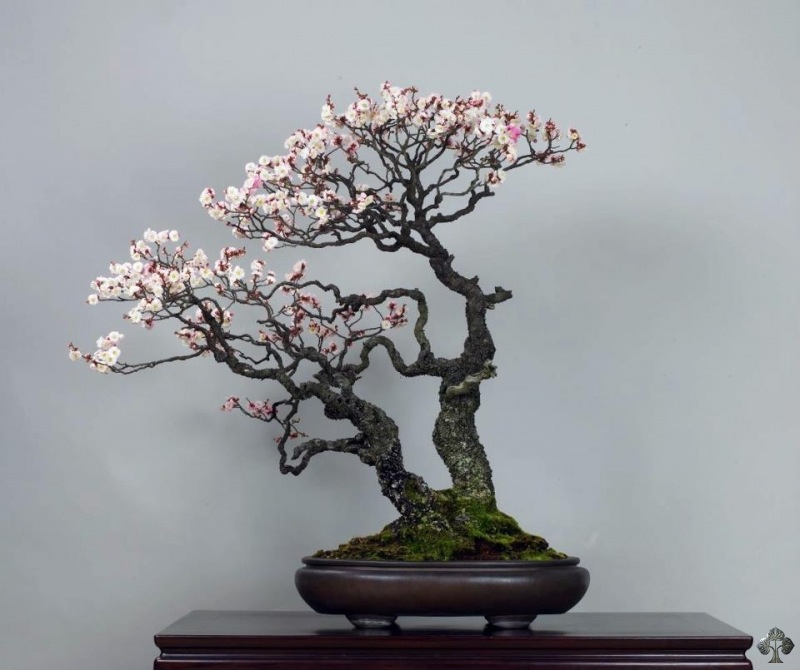 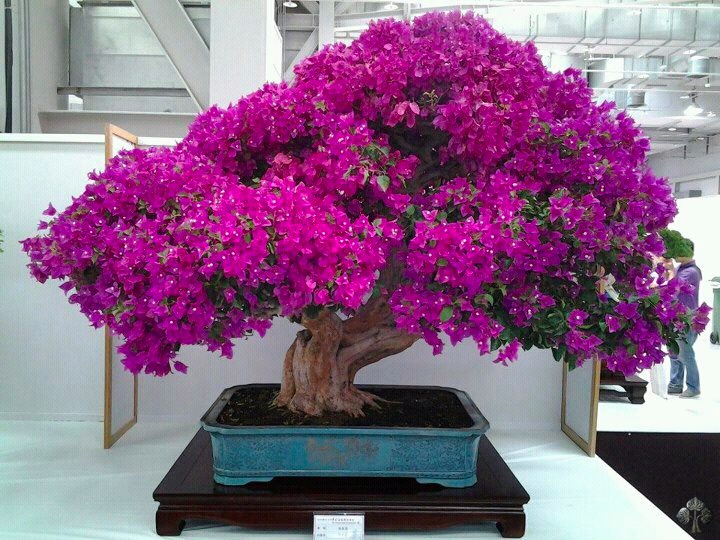 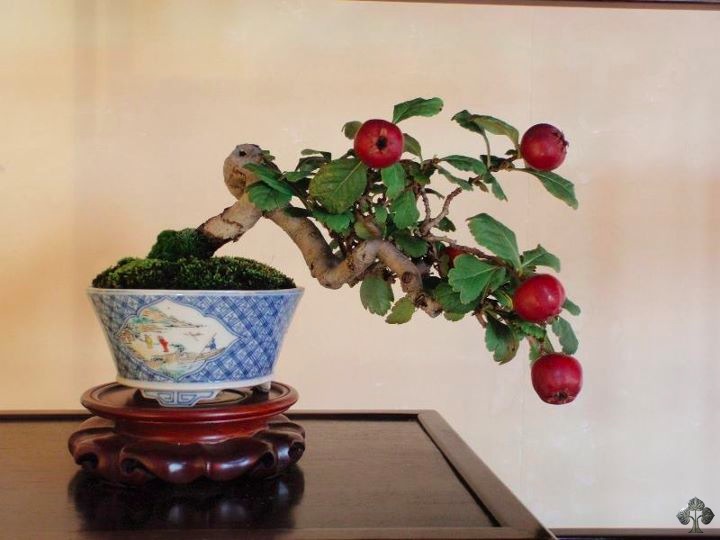 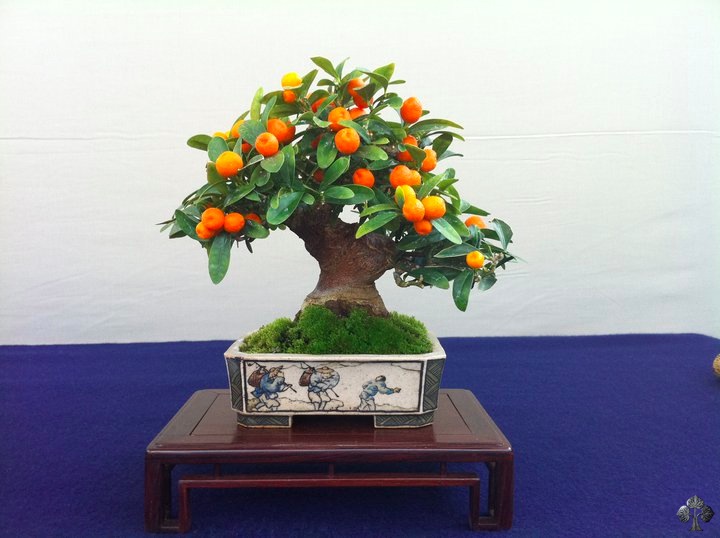 Tiny oranges on this Bonsai 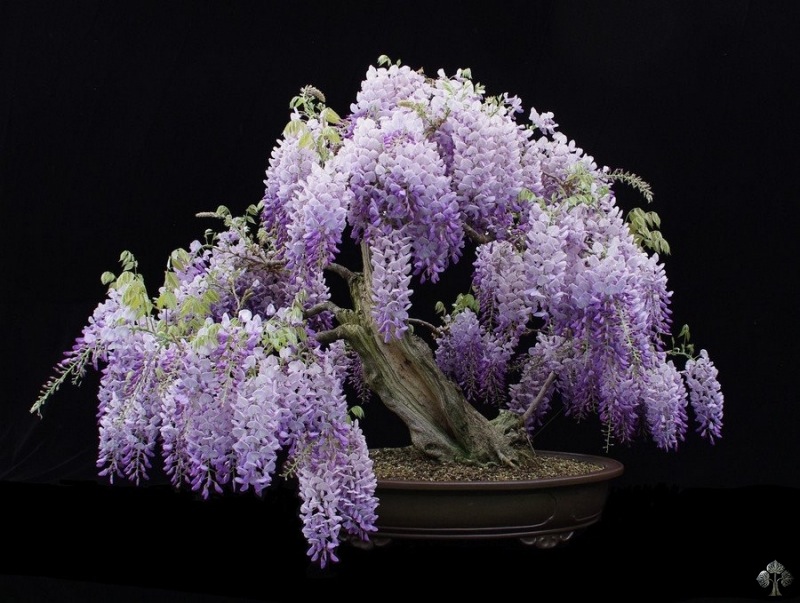 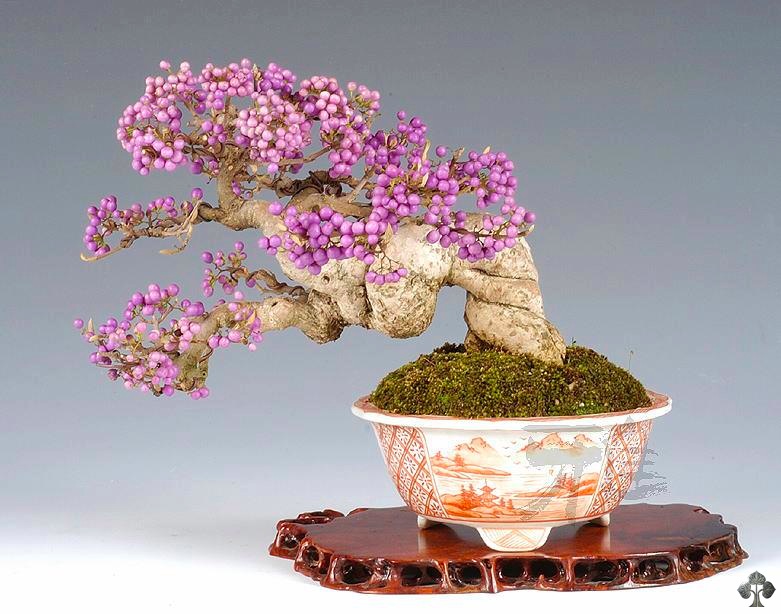